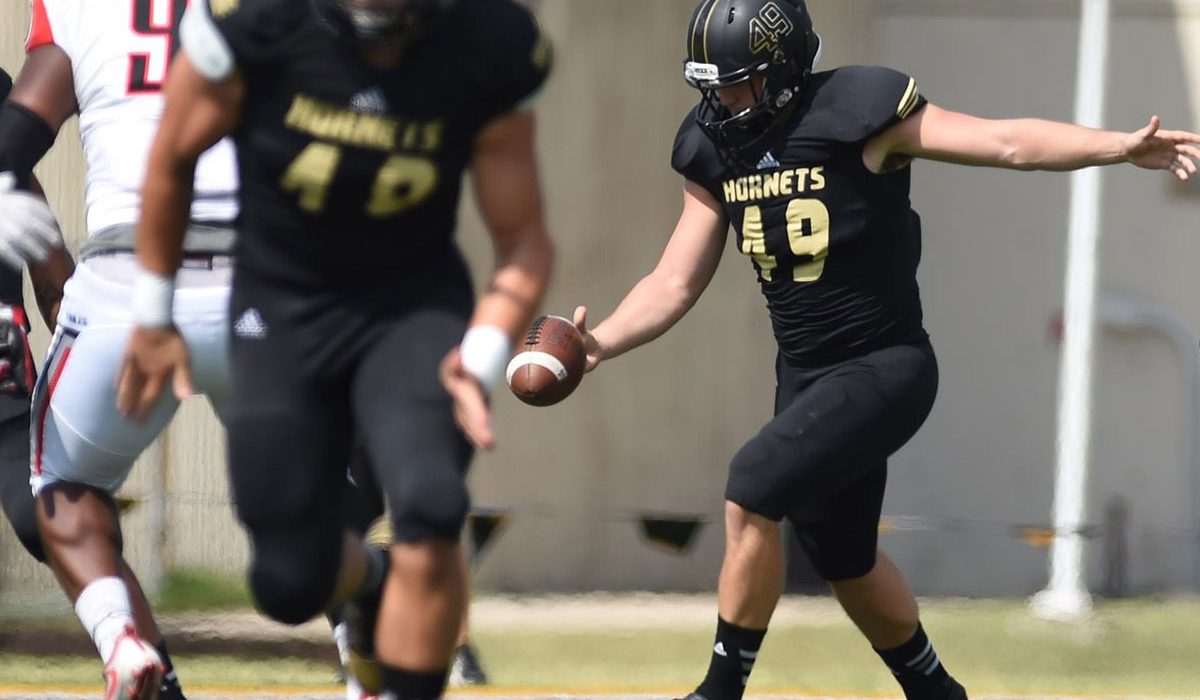 Senior punter Justin Marcha can add another All-American honor to his resume after being named First-Team Associated Press All-America on Wednesday. It is his third All-American honor for the Edmond, Okla. native who led the nation in punting this past season.

He is one of two MIAA selections on the first team.

Marcha earns the 19th AP All-American honor for Emporia State and is the second special teams player in the last three seasons to be named First-Team All-America by the AP. Prior to this season it was known as the AP Little All-America team and comprised of players from NCAA Division II, Division III and the NAIA. This is the Hornets 46th overall All-American honor in football.

The Hornets went 6-5 this season, their third straight winning season and fifth year above .500 over the last six seasons.