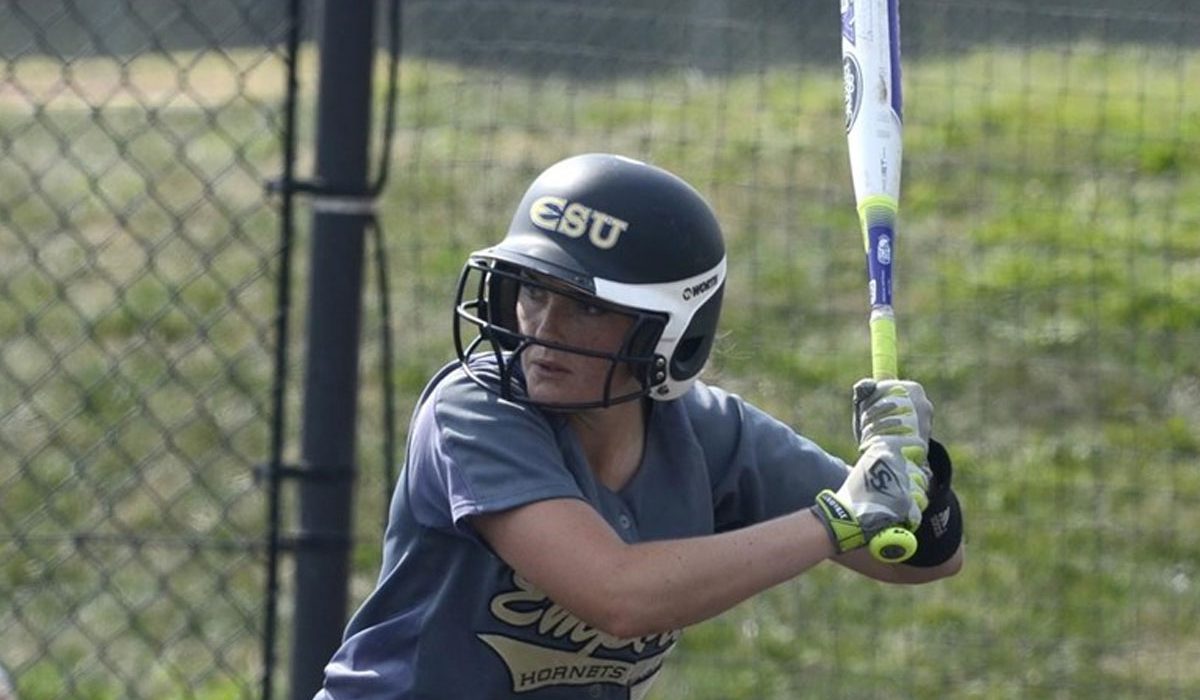 JEFFERSON CITY, Mo. – Emporia State picked up two run rule wins on their way to a sweep against Lincoln on Saturday in Jefferson City, Mo. The Hornets won the opener 10-2 in five innings and the second game 12-1 in five innings.

ESU 10, LU 2
Emporia State was able to take advantage on the base paths as the Hornets had seven stolen bases in game one. After a clean first inning, the Hornets capitalized on two stolen bases and RBI singles from Destiny Ojigoh and McKenna Davis to take an early 2-0 lead in the top of the second. After the Blue Tigers picked up a run in the bottom of the second, Kelsey Phillips drove in two runs in the top of the third and pinch runner Mackenzie Thornton stole second to get into scoring position. Ojigoh picked up her second RBI of the game on a double to left field that scored Thornton and gave the Hornets a 5-1 lead. The Blue Tigers would get a run in the bottom of the third, but the Hornets came back in the fourth with four runs on four hits. With the bases loaded, Davis was able to score on an error and Kenzie Garvin drove in two runs on her double to left center. Thornton was able to get the fourth run of the inning home on a sac fly as the Hornets extended their lead to 9-2. In the top of the fifth, the Hornets were able to take advantage of two errors in the inning and Danielle Sprinkle picked up an RBI single. Emporia State was able to get three quick outs in the bottom of the frame and secure the run rule as the Hornets won 10-2 in five innings.

Kelsey Phillips started the game in the circle for the Hornets, giving up one hit in two innings and striking out two. Mackenzie Thornton picked up her first win of the year as she pitched three innings for Emporia State.

ESU 12, LU 1
Emporia State scored 12 runs on 11 hits in the nightcap. The Hornets picked up right where they left off from game one as they scored six runs in the first inning. Danielle Sprinkle and Destiny Ojigoh each had two-run doubles in the inning. Kenzie Garvin and Ojigoh would both come home to score on wild pitches to give the Hornets an early 6-0 lead. The Blue Tigers would score a run in the bottom of the frame, but the Hornets came right back with two more runs in the top of the second. Hailey Cope and Annie Rockley both came around to score on Lincoln errors to push the Hornets lead to 8-1. In the top of the fourth, Rockley would hit her second home run of the year on a two-run shot to right field. The Hornets would get two more runs in the fourth after Cope came home on an Ojigoh single and Garvin scored on a passed ball. Emporia State held Lincoln scoreless in the fourth and fifth inning to complete the sweep with a 12-1 win in five innings.

Destiny Ojigoh was two for three at the plate with three RBI, a double, and a run scored. McKenna Davis and Kenzie Garvin each had two hits and two runs score for the Hornets. Annie Rockley scored three runs with two RBI, a home run, and a stolen base. Danielle Sprinkle picked up two RBI and her 13th double of the year.

In the circle, Destiny Ojigoh improved to 4-4 on the season as she pitched five innings, giving up one run and striking out four hitters.

The Hornets return to Trusler for a midweek doubleheader against Northeastern St. on Wednesday, March 28. First pitch from Turnbull Field is scheduled for 12:00 p.m.