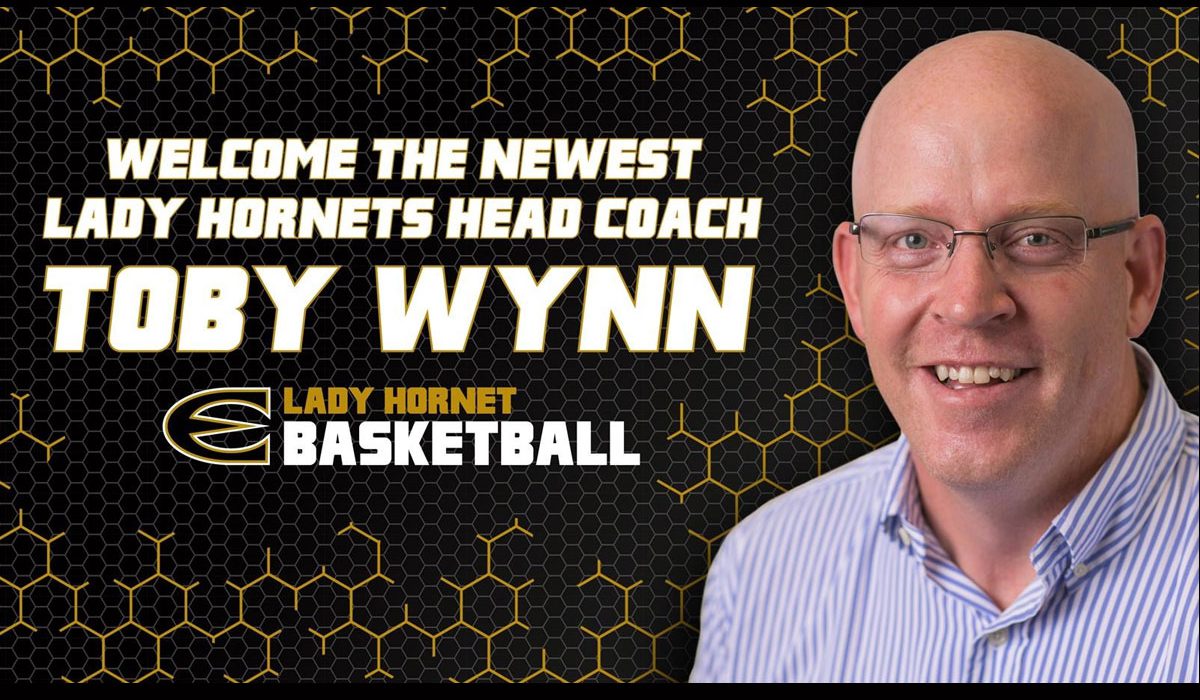 EMPORIA – Emporia State University Director of Athletics Kent Weiser has announced that Toby Wynn of Jayhawk Conference Champion Seward County CC, will be the seventh head coach of the Lady Hornet basketball program. An introductory press conference will be held on Monday, April 9 at 2 p.m. in the Sauder Alumni Center on the Emporia State campus.

“I am humbled and honored to be named head coach of the Lady Hornets,” Wynn said. “Emporia State is a nationally known power and my job is to maintain and build on that success.”

Wynn just completed his 13th season as head coach at Seward CC in Liberal, Kan with his second straight trip to the NJCAA national quarterfinals. He has led the Lady Saints to four Jayhawk Conference regular season championships and two Region VI Tournament titles. He is 349-84 at Seward with a 180-47 record in conference games.

“We are very excited to welcome coach Toby Wynn as our Head Women’s Basketball Coach.  Coach Wynn has established himself as a great coach and recruiter, and has built solid community relations in Liberal, just as we enjoy here in Emporia,” Weiser said. “I’m looking forward to working with him to maintain and exceed the success Lady Hornet Basketball has earned.”

The Booker, Texas native led the Lady Saints to at least 20 wins in each of his 13 seasons in Liberal, including four 30 win seasons and at least 25 wins in each of the last five years. Seward County finished this past season 31-4 and advanced to the national quarterfinals of the NJCAA National Tournament for the second straight season. His 2006-07 team went 36-2 falling in the national semifinals before rebounding to take third in the NJCAA Division I.

The 42 year old Wynn has coached 39 Jayhawk West All-Conference selections, 26 NJCAA All-Region VI performers, and 13 All-Americans. In the summer of 2011 Wynn was asked to participate with Team USA Women’s Basketball during their 18-U National Team tryout camp. From 2011-15 Wynn served as president of the NJCAA Women’s Basketball Coaches Association.

The Lady Saints excelled both on and off the court under Wynn’s leadership. Seward is a two-time WBCA National Academic Champions for the community colleges and a five-time top ten finisher in the WBCA academic rankings. They were the 2015-16 NJCAA Academic Women’s Basketball Team of the Year with a 3.57 team GPA and have been in the top 15 of the NJCAA Academic Awards in each of the last four years.

Wynn served as the Assistant Coach for the Lady Saints in 2004-2005 under former Seward County and current Oklahoma State head coach, Jim Littell. In his one season as assistant, the Lady Saints finished 5th at the NJCAA National Tournament and were Region VI Tournament and Jayhawk West Conference champions with a 35-3 overall record and a 14-2 conference record.

“My time at Seward will always be special and dear to me,” Wynn said.

The Lady Hornets are set to return five players that started at least nine games this year including four of their top five scorers.  They will also get back seniors Addie Lackey and Kyrstie Miller along with sophomore Daley Handy who all missed the entire 2017-18 season with injuries.