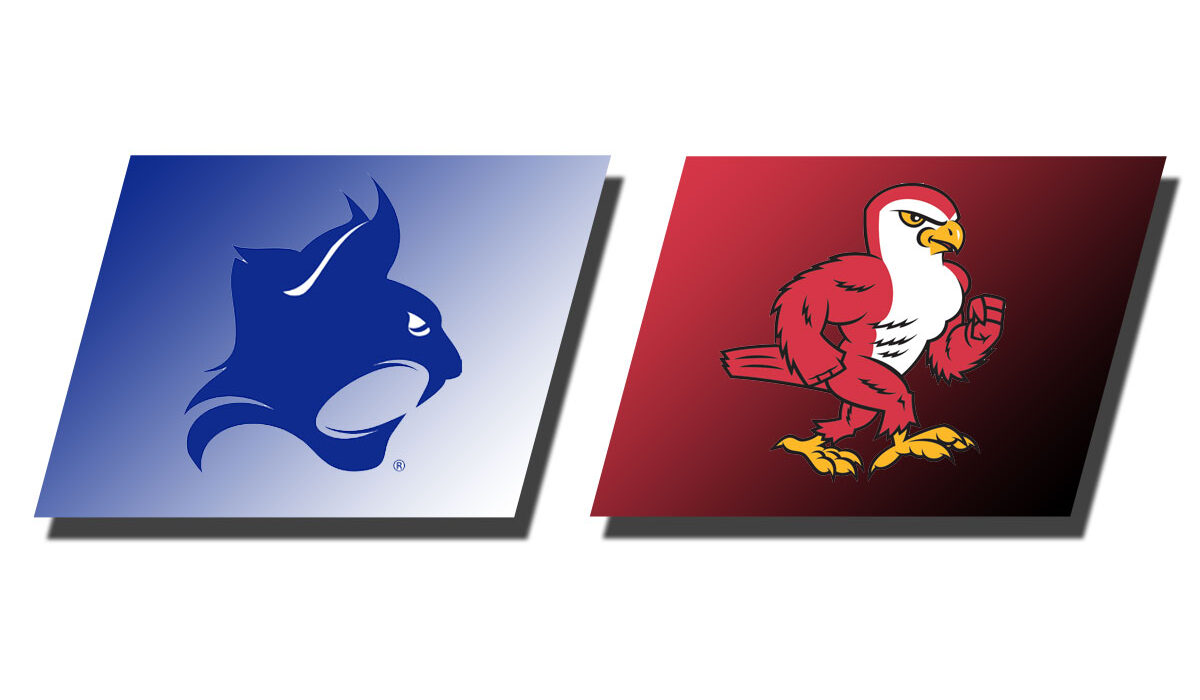 WICHITA – The Peru State College Bobcats pulled out a 92-84 win over the Friends University Falcons in the season opener for both teams Sunday inside the Garvey Center.

The Falcons got off to a good enough start, taking an early 12-5 lead on a three by PJ Medrano(SR/San Antonio, Texas) before Davonte Pack (SR/Sumter, SC) scored off a turnover to extend the edge up to 20-11 at the 11:11 mark of the opening half.

But the Bobcats quickly got back into it, reeling off nine straight points to pull even at 20-20.

Following a three by Medrano that temporarily halted the run, Peru State scored the next seven points to take their first lead of the game.

After a bucket by Medrano and two free throws by Trey Reid (FR/Wichita, Kan. ) brought the Falcons even, threes by Montenia Nelson and Isaac Simpson finished an 11-4 spurt that put the Bobcats up by seven at 38-31.

Tazmine Dunn (FR/Asheboro, NC. ) made sure the Falcons had another burst in them, scoring six straight points to cap an 8-0 run to cut the Bobcat lead to just one at 57-56.

The deficit was two when the Bobcats gained their biggest separation of the game, scoring 10 straight points to balloon the lead up to 12 at 74-62 with 7:42 remaining.

The Bobcats managed to maintain control from that point, as the closest the Falcons could climb was on a bucket by TJ Williams (SR/Arlington, Texas) in the final seconds that created the final eight-point margin.

“Our guys played hard,” said Dale Faber, Friends men’s basketball head coach. “We made way too many mistakes defensively for us to survive the terrible shooting performance. I will take the effort and we will build on that.”

In his first game with the program, Dunn led the Falcons (0-1) with a game-high tying 20 points on 8-of-9 shooting from the field while recording five steals.

Nelson paced the Bobcats (1-0) with 20 points, while Skyler Wilson had a double-double of 16 points and 10 rebounds. Craig Jordan scored 16 and Simpson added 14 points.

The Falcons will next play a pair of games in Hastings, Neb., starting at Hastings next Friday (Oct. 30) at 7 pm.  Friends will then face Concordia (Neb.) on Saturday (Oct. 31) at 2 pm.