Featherston hits for the cycle in Washburn win 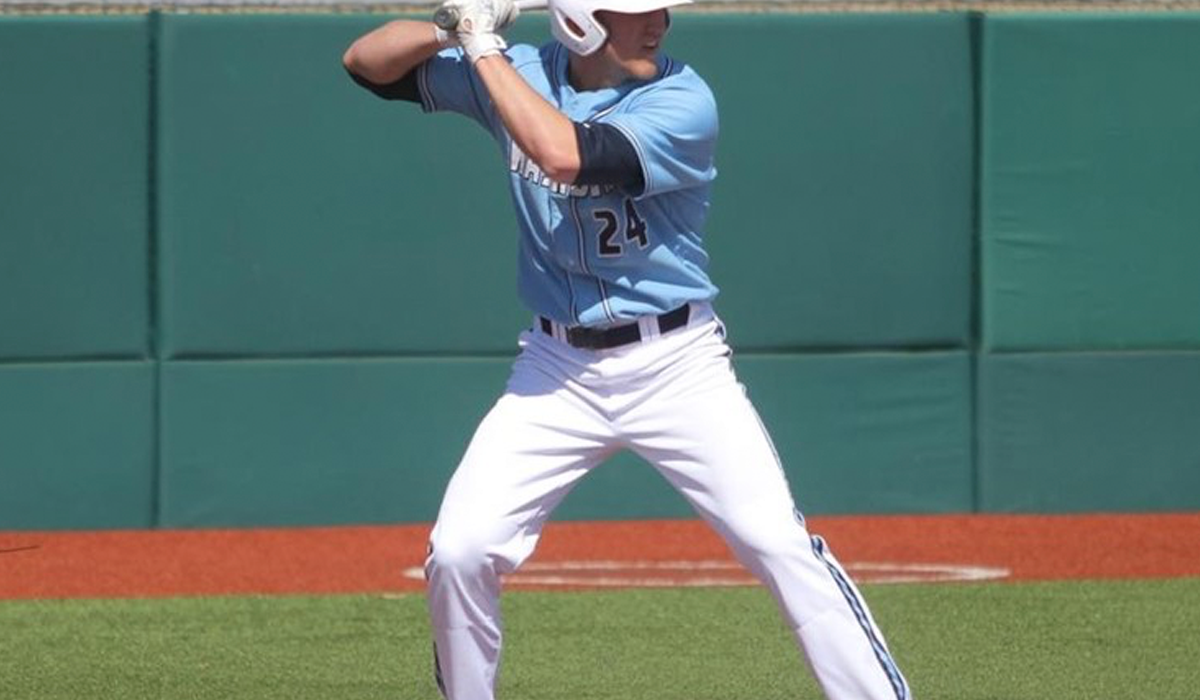 ALVA, Okla. – Senior outfielder Wyatt Featherston hit just the second cycle in Washburn baseball’s program history on Saturday afternoon as the Ichabods defeated Truman State in seven innings, 13-3. Washburn picks up its fourth-straight win and moves up to 5-2 on the season while the Bulldogs fall to 1-1.

The first and only other time an Ichabod has hit for the cycle was on May 12, 2000 by Pat Colley against Central Missouri.

Featherston got his first hit of the day with a double in the top of the third and then scored on a single up the middle by Xavier De Leon for the first run of the game. With two outs, Zion Bowlin singled up the middle to move De Leon over to third and then he scored on Parker Dunn’s single. Tyler Clark-Chiapparelli drove in Bowlin and Dunn with a triple to give Washburn a 4-0 lead.

The Ichabod offense carried their hot hitting into the fourth inning where they scored five runs on six hits. Steven Jacobson led off the inning and hit the first of three-straight singles. Jacobson advanced to third on Kros Bay’s hit through the right side and then scored on Featherston’s single. De Leon moved both runners into scoring position on a sacrifice and Bay was able to score on a wild pitch. Hinostroza knocked in Featherston and then scored when Bowlin knocked a 1-2 pitch out of the park for his second home run of the season.

The Bulldogs avoided the shut out with two runs in the bottom of the fourth to make the score 9-2.

Washburn got those two runs back in the fifth with three hits. Peter Shearer led off the inning with a double and then advanced to third on a balk before scoring on an error by the first Truman first baseman. Featherston launch a two-out solo homer for an 11-2 Washburn lead.

The Ichabods added one run in both the sixth and seventh inning to make it a 13-2 game. Coming off the bench in the sixth, Brett Ingram hit a pinch hit double down the right field line and then scored on Cole Emerson’s hit. In the seventh inning, Featherston completed the cycle hitting an 0-2 pitch down the left field line for a triple and then scored on a Cale Hlavac’s first career hit as an Ichabod.

Truman State loaded the bases in the bottom of the seventh and tagged up to score on a fly out, but a caught stealing baserunner and a fly out ended the game in the seventh with a 10 run difference.

Nine different Ichabods scored at least one run and eight of Washburn’s 19 hits were for extra bases. Featherston was a perfect 4-4 at the plate and scored four runs with two RBI. Bowlin was 2-3 with two runs scored and two RBI. Hinostroza and Dunn each recorded two hits and scored one run and drove in one.

Roecker earned his first win of the season after going 3.1 innings and giving up two earned runs on four hits while striking out five. Conner Bond, Trevor Marreel, and Jack Weller all came out of the bullpen and pitched a combined 3.2 innings and gave up one hit, one run, and struck out two.

Washburn will wrap up its time at the Ranger Roundup tomorrow (Feb. 9) at 3:30 p.m. against the host team Northwestern Oklahoma State. The Ichabods defeated the Rangers on Thursday by the score, 6-3.