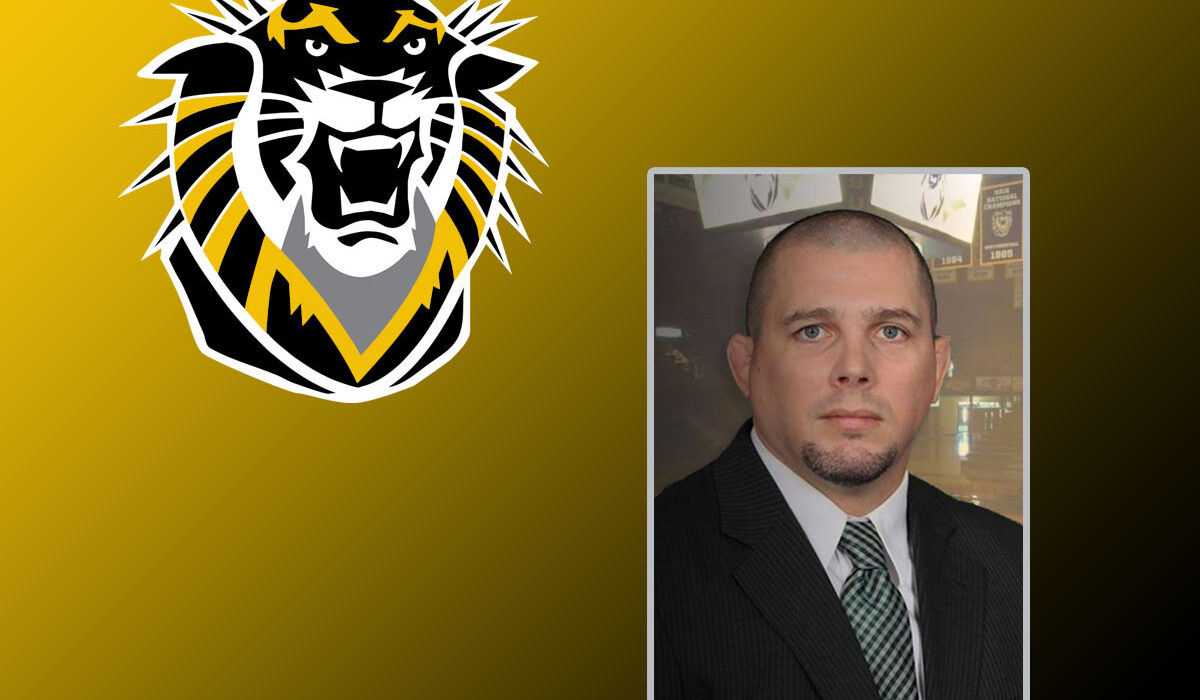 HAYS – Fort Hays State University Director of Athletics Curtis Hammeke announced the hiring of Erik Wince as head wrestling coach on Wednesday. Wince comes to FHSU from NCAA Division I affiliate American University in Washington D.C., where he served as assistant coach in 2019-20. Prior to that, he was head coach at Greensboro College, a Division III program in Greensboro, North Carolina, for four years.

“I am extremely excited and honored to be the next head coach of the Fort Hays State wrestling program,” Wince said. “I want to thank Athletic Director Curtis Hammeke and the rest of the FHSU athletic administration for believing in me and making Hays feel like the place I needed to be to help usher the wrestling program into its next phase of success. My family and I are excited to make this move and join the rest of the Tiger Athletics Family.  The FHSU wrestling program has a strong history of success and I cannot wait to get to campus and continue building FHSU Wrestling into a top tier program, year in and year out.”

Last year, Wince helped American University produce four national qualifiers for the NCAA Division I championships. Three of the four held national rankings entering the championships, which ultimately was canceled due to the COVID-19 pandemic. Two of the wrestlers earned All-America Honorable Mention status by the NWCA following the season, while three members of the team earned NWCA Scholar All-America honors. The program was strong academically, producing a team GPA of 3.55, which was second-highest among NCAA Division I programs. At American University he assisted head coach Teague Moore, who has built a strong program athletically and academically for nearly a decade.

Wince was the first head coach in the history of the Greensboro College wrestling program, which began in 2015-16. In his four years of building Greensboro’s program, Wince coached one All-American, three conference champions, and multiple academic all-conference performers and individually ranked wrestlers.

Wince has been an assistant coach at two NCAA Division I schools. He served two assistant coaching stints at Davidson College in North Carolina from 2005-2008 and 2012-2015. The pair of three-year stints as an assistant at Davidson bookended a four-year role as head coach of the Forsyth County Day School, a prep school in Lewisville, North Carolina. During his second stint at Davidson, Wince helped the program produce four NCAA national qualifiers. At Forsyth County Day School, he coached two national prep All-Americans, multiple individual state champions, and led the program to three consecutive team state championships. While serving at Forsyth, Wince was named the Piedmont Athletic Conference of Independent Schools (PACIS) Wrestling Coach of the Year.

Before beginning his coaching career, Wince attended Gardner Webb University in Boiling Springs, North Carolina, where he earned a Bachelor’s Degree in Physical Education in 2004. He was a four-year member of the Gardner-Webb wrestling team and finished his senior year with a 27-5 record. This earned Wince the University’s Male Athlete of the Year and the University’s Outstanding Wrestler Award in 2003, while becoming the program’s first athlete to qualify for an NCAA Division I Tournament since the institution changed their affiliation to Division I in 2001.

“We’re excited about Erik’s experience, knowledge, integrity and passion,” FHSU Director of Athletics Curtis Hammeke said. “We look forward to watching the growth of our wrestling program and the development of our young men under his guidance.”

Wince is a native of Lattimore, North Carolina. He and his wife Hannah, who is a native of Wilson, Kansas, have two daughters, Kersee and Sydney. Wince becomes the 14th coach in the history of the Tiger Wrestling program.