Fort Hays storms back to defeat Washburn in instant classic 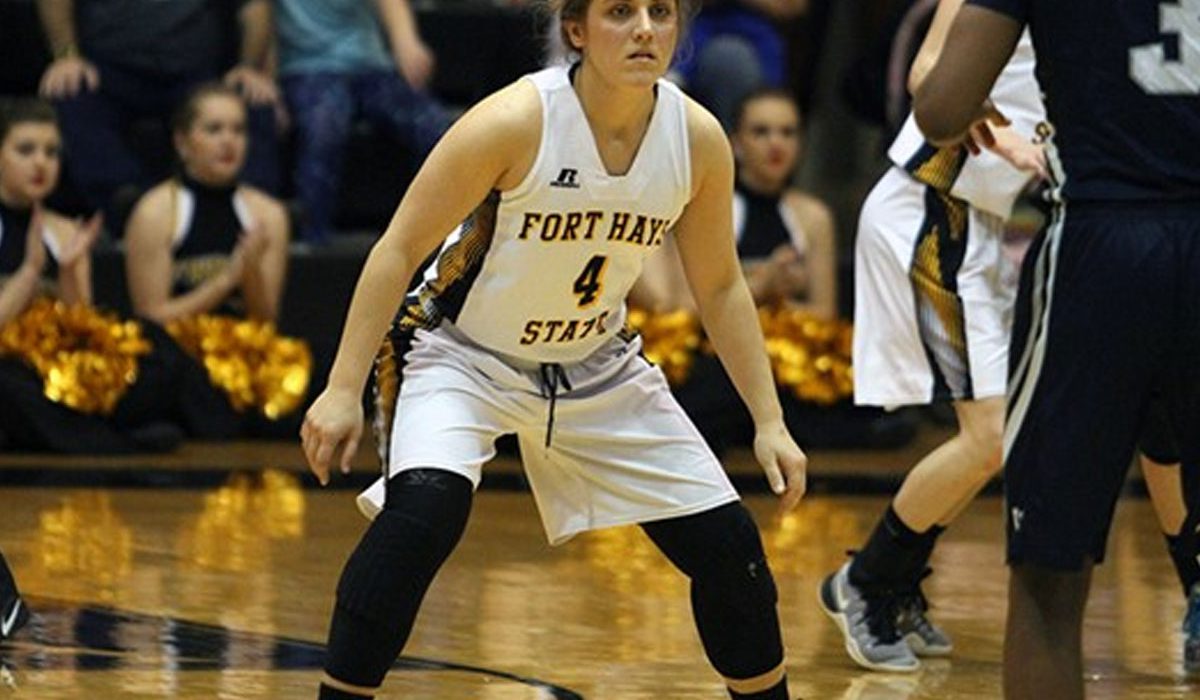 TOPEKA – With Saturday’s game broadcast live across the country as a part of the NCAA Division II Basketball Showcase, the Fort Hays State women’s basketball team made sure the national audience would get a good show. The Tigers stormed back from a 19-point third quarter deficit and held on late to complete the season sweep of Washburn, 61-60. Fort Hays State ended a two-game losing skid, improving to 16-6 this season and 7-6 in the MIAA. The Ichabods dip to 14-8 overall and 7-6 in the league.

It was the fifth-straight win for Fort Hays State against its in-state rival. The Tigers beat the Ichabods by a combined four points in their two matchups this season. The Tigers also rallied from a double-digit deficit in the first matchup (11 points). It was just the second conference victory for the Tigers this season, a win that will go a long way in helping them stay in the mix in the MIAA standings.

Leading by nine at the break, Washburn opened the second half with 10-straight points to take a commanding 40-21 lead less than three minutes into the third. After shooting just 24.1 percent from the field over the first 23 minutes of the game, something clicked for the Tigers following a Nikola Kacperska three-pointer.

All of a sudden shots started to fall, and once they started it was like the Tigers couldn’t miss. Emma Stroyan hit a pair of pull-up jumpers. Kacperska hit another triple from the right wing. Carly Heim found a seam and dropped in a nifty left-handed layup. Madison Mittie stepped up and drilled a corner three. Jill Faxon poured in a three-pointer from the left wing to give the Tigers the lead for the first time since it was 3-2, then hit a jumper one minute later.

The flurry of buckets was capped off with a buzzer-beating three-pointer out of the hands of Nikola Kacperska. The senior took an inbounds pass after a Washburn make with three seconds on the clock, taking three dribbles to advance the ball just past half court. Kacperska hurled the ball towards the rim just before the clock expired, burying the shot to cap off a 29-4 run for the Tigers to close the third quarter. The shot gave the Tigers a 50-44 lead after three quarters of play.

Stroyan then knocked down a jumper from the baseline early in the fourth quarter to put the Tigers in front by eight, their largest lead of the game. Washburn slowly chipped away, closing within four on a layup with 4:05 left on the clock. Neither team scored for nearly three minutes before Faxon knocked down a clutch three-pointer from the left corner off a pass from Heim, stretching the lead to 57-50 with 81 ticks remaining. Mittie hit a pair of free throws with 42 seconds left to once again expand the margin to seven, but a basket and a steal helped the Ichabods score five points in 10 seconds.

Faxon knocked down 1-of-2 from the charity stripe to pull the lead to three, giving Washburn a chance to tie. Jharian Bowen got an open look from the left wing, but her attempt caromed off the front of the rim. Pimentel was then fouled and given a chance to virtually put the game on ice with five seconds on the clock. After her first try rimmed out, the senior swished in the second to give the Tigers a four-point advantage. Washburn knocked down a harmless three-pointer as time expired to trim FHSU’s winning margin to one point.

The teams struggled to find any rhythm in the early going, combining to shoot 22.2 percent in the first quarter (6-of-27). Kacey Kennett and Tatyana Legette were the only Tigers to score in the first quarter. The Ichabods led 13-8 at the end of the first quarter before stretching the lead to nine points at halftime, 30-21. Belle Barbieri made a nifty post move late in the half to drop in a layup while being fouled in the process. Her free throw put the Tigers within seven, but a jumper in the lane from Erin Dohnalek put Washburn in front by nine.

Kacperska led the Tigers with 13 points and three assists, dropping in 10 of her points in the third quarter. Faxon added nine points, all in the second half. Stroyan grabbed a team-high seven rebounds, adding eight points and two rebounds.

The Tigers will return home to play Northeastern State on Thursday, Feb. 9 at 5:30 p.m.