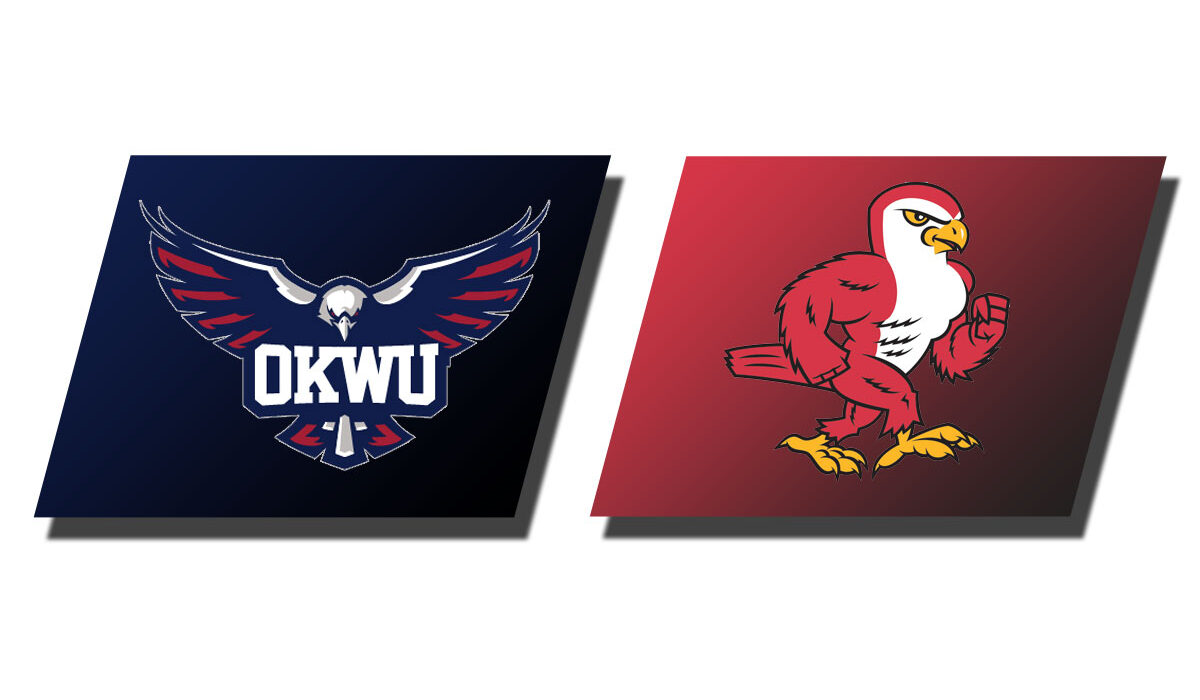 WICHITA – The Friends University Falcons picked up their fourth straight victory over the Oklahoma Wesleyan Eagles, 3-2 Wednesday night at the Garvey Center.

The Falcons trailed 19-14 in the first set, but rattled off five straight points thanks to two kills apiece from Sarah Lazar-St. John (JR/Rose Hill, Kan. ) and Tiffany Hurd (SR/Gilbert, Ariz.). The Eagles finished it off with a pair of points to win 26-24.

In the second set, an ace by Raquel Gonzales (JR/Las Cruces, N.M. ) gave the Falcons a 17-14 lead. Hurd took over from there, recording three kills to tie the match at one game apiece.

The Falcons grabbed an 11-7 lead in the third frame, but the Eagles came storming back to cut the lead to 17-16. Lazar-St. John answered with four kills but the Eagles took the set, 25-22.

The Falcons benefitted from three attacking errors by the Eagles, as well as a kill from Rheagan Hoover (SO/Pratt, Kan. ) and an ace by Abigail Knittel (SR/Ponca City, Okla. ) to take an 8-2 lead. The Eagles cut the lead to two (16-14), but the Falcons offense proved too much en route to a 25-19 win to force a fifth set.

Again, attacking errors by the Eagles helped give the Falcons a 5-0 lead to start the final frame. The Eagles answered with five straight points of their own. Neither team was able to grab an advantage until a kill by Hurd gave the Falcons a 15-11 game win and a 3-2 match win.

“It was great to get back out there and compete after a long layoff,” head coach, Martin Ayin said. “I was happy to see the defense come alive tonight.”