Friends walks off twice in sweep of MACU 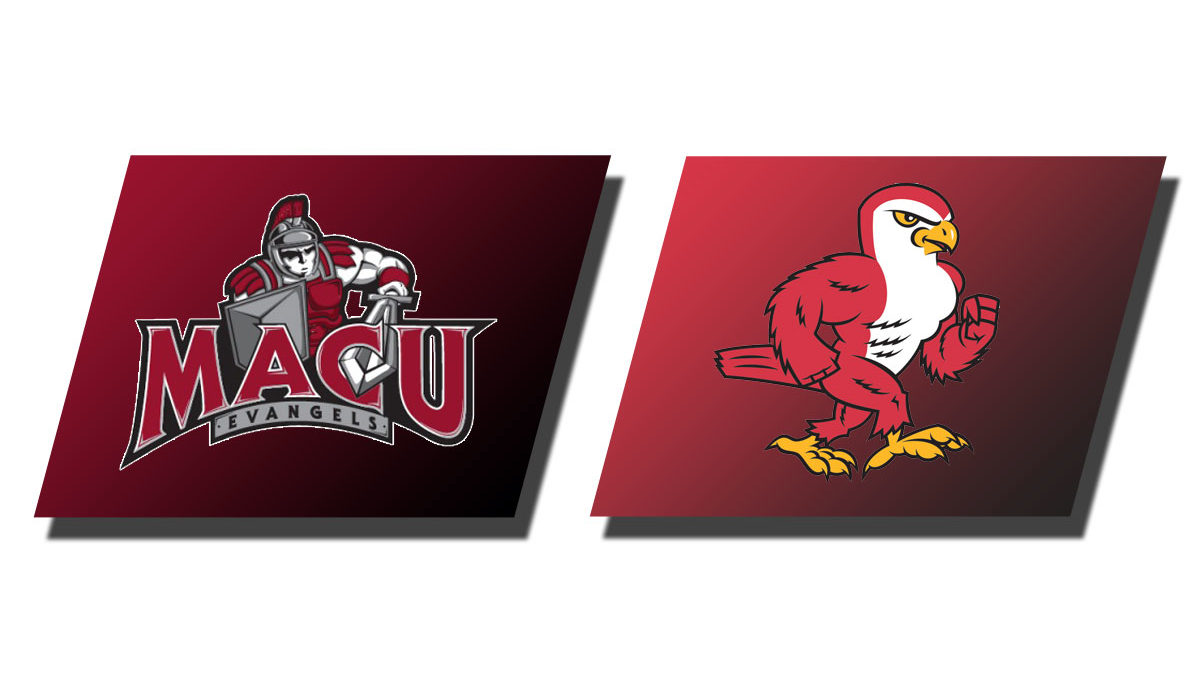 The Falcons started the wild day by staging as ferocious of a rally as possible, scoring nine runs with two outs in the bottom of the seventh to overcome an 11-2 deficit and tie the score.

That proved to be just the tip of the iceberg of the offensive onslaught by the Falcons and only the beginning of Puga’s heroics.

Puga then finished the surge with an RBI single that plated the tying run and make it 11-11.

Austin Eggleston (SR/Arlington, Texas) then came on and pitched a pair of scoreless frames to keep the game tied before consecutive walks to Veltman and Ricardo Paris(SR/Barquisimeto, Valenzuela) and Puga reaching on an error in center field brought home the winning tally for the Falcons.

“Hitters definitely carried us in game one,” Friends head coach Adam Neisius said. “Not sure if I’ve ever seen nine runs in the bottom of the seventh with two outs. Getting Eggleston on the mound gave us a chance to complete the comeback, I thought we strung together some quality at-bats the last three innings.”

Kuzminsky went a robust 4-of-5 at the plate in the opening game for the Falcons, with Puga getting three hits.

Jaily Paredes started the first game for MACU and also had four hits at the plate for the Evangels.

The nightcap was a completely different game but no less dramatic.

Hockett and MACU starter Frank Souza competed in a solid pitcher’s duel, with Hockett tossing 6.1 shutout innings and Souza blanking the Falcons over six frames. Hockett struck out five batters while allowing only two hits and one walk in his work on the mound.

Eggleston followed that and earned another victory with 3.2 spotless innings, including four strikeouts and two crucial pick offs to help keep the game scoreless.

The Falcons banged out 12 hits in the second game, but finally broke through in the 10th when Jordan Burnett singled home pinch runner Sam Engberg (FR/Kearney, Neb. ) with two outs for the walk-off victory.

Puga led off the inning with a single and was pinch run for by Engberg, who went to second on a successful sacrifice bunt by Kuzminsky. Gabriel Corona (SR/Fresno, Calif. ) then pinch hit and came through with a clutch infield single to keep the inning going for Burnett, who finished with a career-high three hits. Puga also equaled his career-high with a perfect 4-of-4 effort at the plate in the second tilt.

Veltman and Andrew Chartrand (SR/Monroe, Wash. ) each had two hits for the Falcons (8-8).

“Ricky was outstanding on the mound in game two,” Neisius said. “He was aggressive in the strike zone and controlled a quality line-up.  We had some chances to score some runs and just didn’t get hits with runners in scoring position. We did square up a lot of pitches that just didn’t get down for hits. Happy with our execution offensively, solid sweep for us over a quality MACU program.”

The Falcons are next scheduled to host Hastings College for a three-game set starting with a twinbill Saturday (Feb. 22). Friends was victories over Hastings 7-0 last Saturday (Feb. 15) in Chickasha, Okla.