Gillum scores career high as FHSU gets past UCO 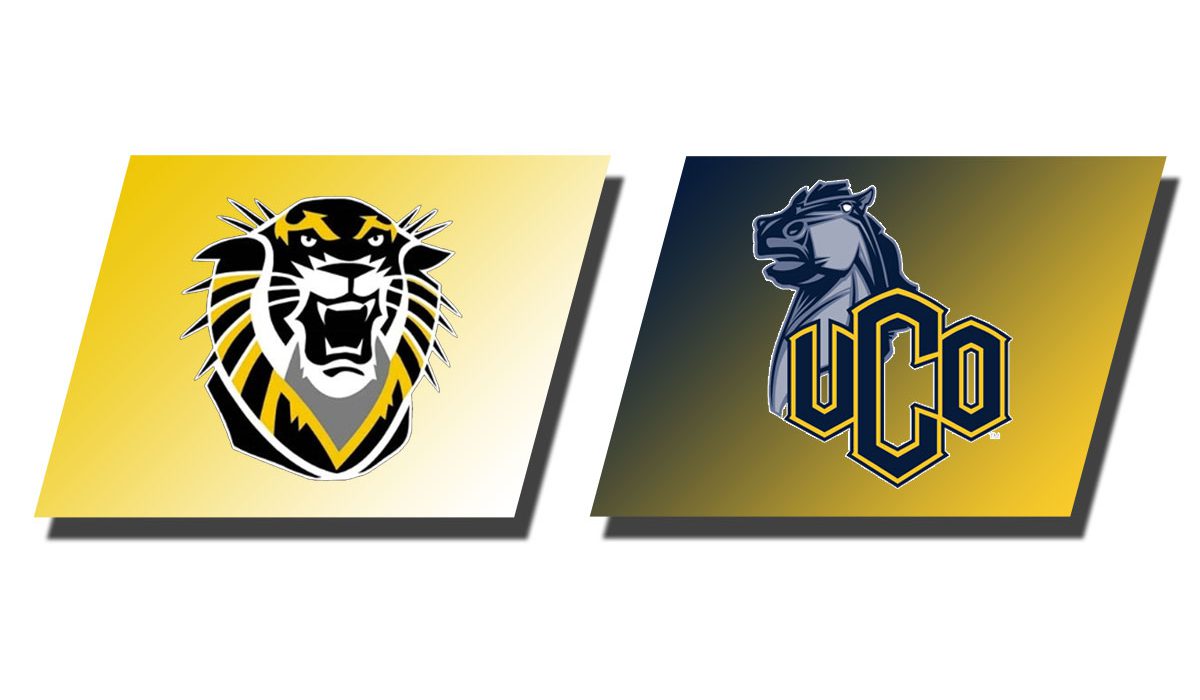 EDMOND, Okla. – Fort Hays State led for 95 percent of the game but had to hit a late shot to get past Central Oklahoma 67-66 on Saturday. Hadley Gillum scored a career-high 27 points and Rob Davis hit the game-winning shot with six seconds remaining. FHSU is once again tied with UCO and now Missouri Southern for fourth place in the MIAA standings at 10-7. FHSU is 16-9 overall and UCO went to 15-10 overall.

Fort Hays State opened the game on a 7-0 run, led by a strong effort inside from JaQuan Smith. He scored all nine of his points in the first five minutes of the game, pushing the Tigers out to a 14-8 lead by the first media timeout. FHSU led the entire first half and saw its lead grow to 13 by the 3:20 mark. That would be its biggest lead of the day as UCO closed the first half on a 9-0 run to cut the lead to four at 36-32.

The UCO run continued to 11-0 as it hit the first basket of the second half, cutting the lead down to two. But the Tigers weathered the storm with Brady Werth hitting a jump hook and Gillum hitting 3-pointer. The Tigers pushed their lead to nine twice, the final time at the 10:52 mark before UCO chipped away in the final 10 minutes to create a nail-biting finish.

The Bronchos used a 9-0 run to gain their first lead of the game, 55-53, at the 5:34 mark on a Josh Holliday 3-point field goal. But the Tigers countered with four points from Gillum, who hit a free-throw and then buried a 3-pointer to give the Tigers the lead back by two. UCO took the lead back by one at the 2:09 mark on a pair of free throws, but baskets from Drew Kite and Gillum pushed the Tigers back in front by three.

Each team hit a pair of free-throws before a Josh Holliday layup pulled the Bronchos back within one with 23 seconds remaining. Fort Hays State could not secure the ball on the inbounds pass and the Bronchos got an easy layup out of the chaos to take a one-point lead. But the Tigers did not let a game they controlled get away as Davis hit a runner from the right wing with 6.5 seconds remaining. UCO triggered a 3-point attempt from the left wing at the buzzer, but it was just off the mark to the right.

Gillum finished with a career-high 27 points on 9-of-19 shooting from the field. He was 3-of-7 beyond the 3-point line and 6-of-10 at the free-throw line. Davis finished with 15 points and pulled down a team-high seven rebounds. FHSU finished at 48.1 percent from the field, while holding UCO to 40 percent.

Holliday led the Bronchos in scoring with 19 points, followed by Corbin Byford with 12 and Corey Alpough with 10.

The Tigers host Nebraska-Kearney for Senior Night on Tuesday, Feb. 21, at Gross Memorial Coliseum. The final home game of the regular season begins at 7:30 pm.