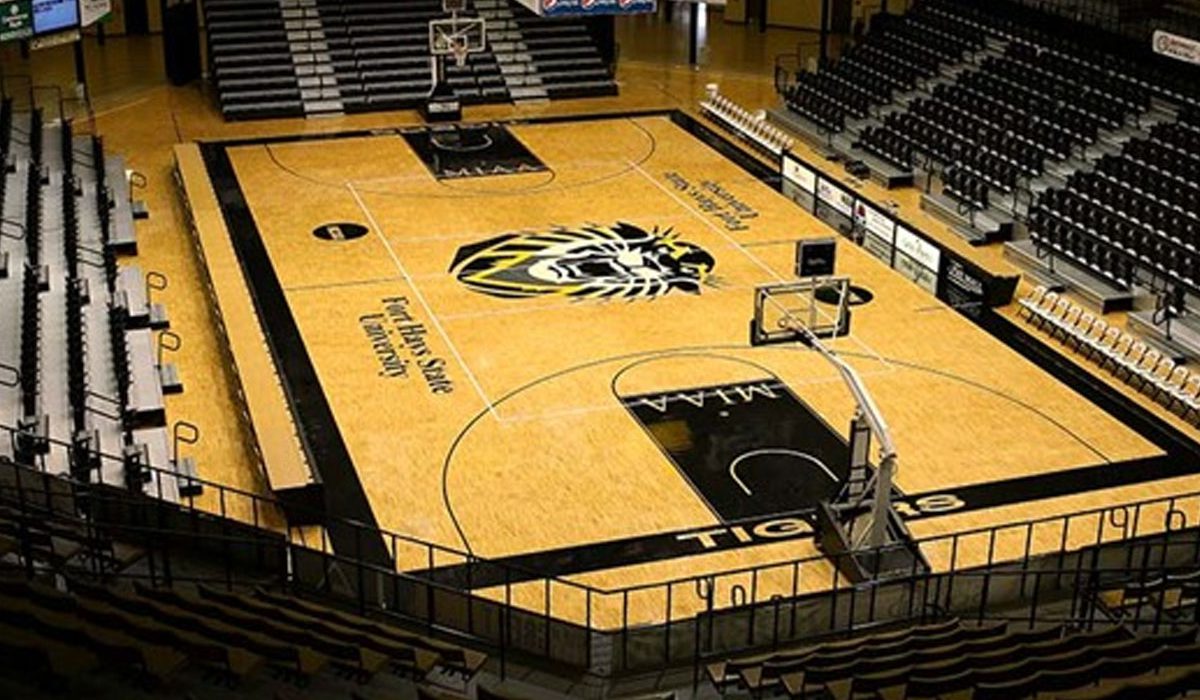 In a recent release by Hero College Sports News, Fort Hays State’s Gross Memorial Coliseum was chosen as one of the five best arenas in NCAA Division II Basketball. With a capacity of more than 7,000, the coliseum provides a top-notch and unique game day atmosphere that most cannot find anywhere else in Division II.

Link to the Article

Now in its 44th year of operation, the coliseum has been home to four national championship teams in Fort Hays State’s rich basketball history, three men’s (1984, 1985, and 1996) and one women’s (1991). But the long-term success of each team in the coliseum adds to the mystique of it being one of the most difficult places for opponents to play in NCAA Division II. Since joining Division II in 1991-92, Fort Hays State’s men have a record of 344-55 at home, making a staggering win percentage of .862 as of January 10, 2017. The win percentage is nearly just as good all-time at .843 with an overall record of 578-108. On the women’s side since joining Division II, FHSU is 309-65 at home also creating a win percentage north of 80 percent at .826 as of January 10, 2017. Fort Hays State’s current head coaches have nearly identical win percentages at the coliseum, Tony Hobson (women, 9thyear) at .848 and Mark Johnson (men, 16th year) at .841. A total of 22 conference championships have been won by Fort Hays State in its time calling Gross Memorial Coliseum home, 13 by the men and nine by the women. The men’s program has a total of 20 conference championships overall, winning seven before calling the coliseum home.

Add in a tremendous game day atmosphere (which includes top-notch pep band, cheer and dance teams, public address, and game promotions) with some of the best attendance figures yearly in Division II, the coliseum is one of the best places to watch both women’s and men’s college basketball. The Fort Hays State men have been among the top five nationally in home attendance for the last three years, while the women have ranked second in home attendance nationally the last two years and among the top five over the last four years. Even though University of Kansas’ Allen Fieldhouse in Lawrence tends to steal the limelight as one of the top basketball destinations in the nation, where the storied men’s program owns an all-time win percentage of .872 entering 2016-17, three hours to the west on Interstate-70 a basketball fan can find one of the crown jewels at the NCAA Division II level in Gross Memorial Coliseum, even more grand than many Division I facilities.

The coliseum has seen seven teams reach the 30-win plateau for a season, including five men’s and two women’s. The 1984 and 1985 NAIA men’s national championship teams each had 35, while the 1991 NAIA women’s national title team generated 34. The 1996 men’s team was one of four in NCAA Division II history to go undefeated at 34-0, holding the Division II record for most wins by an undefeated team until Findlay (Ohio) broke the mark in 2009 by going 36-0. Most recently, the 2014-15 women’s team reached 30 wins, its most Division II program history.

Even with the long-term success of the basketball programs, the coliseum is also home to the FHSU volleyball and wrestling programs. With its large capacity the coliseum has constantly served as a host site for Kansas State High School Activities Association Championship Tournaments in volleyball, wrestling, and basketball, so it has also seen plenty of local high school sports history.

Other arenas joining Gross Memorial Coliseum on the top five list by Hero College Sports News includes NSU Arena (home to Nova Southeastern (Fla.) University), Kovalchick Convention and Athletic Complex (home to Indiana (Pa.) University), O’Reilly Family Events Center (home to Drury (Mo.) University), and Alaska Airlines Arena (home to University of Alaska-Anchorage). The four other arenas began operation within the last 11 years, with NSU Arena as the oldest of the four opened in 2006. But Gross Memorial Coliseum has stood the test of time, opened in 1973, and still provides a great game experience not only to a very supportive FHSU fan base, but all who enter the facility.