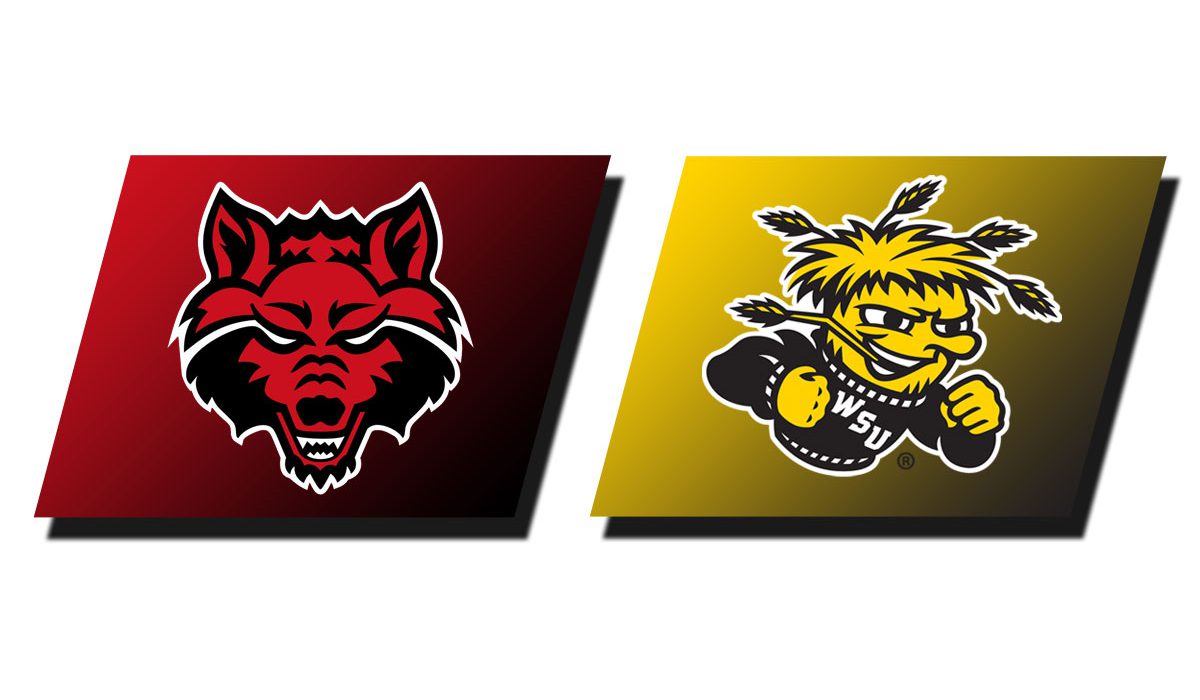 WSU (9-2) trailed 50-44 at halftime and by as many as nine points in the opening minutes of the second half before bouncing back. The Shockers took the lead with just over 12 minutes to play and forged in front for good on Haynes-Jones three-pointer at the 10:39 mark.

WSU played without starting shooting guard Conner Frankamp, who suffered from a migraine.

ASU (4-8) converted 10-of-16 three-point attempts in the first half before running out of steam. The Red Wolves made just 1-of-11 attempts in the second half and closed the game with nine-straight misses from deep.

The Shockers extended their Charles Koch Arena winning streak to 24 games. They’ve also won 44-in-a-row at the Roundhouse against non-conference foes, dating back to February 2011.

WSU shot 53.1 percent for the game and banked 22 assists with just eight turnovers.

Austin Reaves scored all nine of his points in the first 3:50, and the Shockers seemed destined to run away for an easy win.

Reaves – whose parents both played basketball for Arkansas State in the early 90s — connected three times from deep to spur a 12-0 Shocker run. Willis’ tip-in made it a 17-4 lead at the 15:39-mark.

The lead changed hands four times over the next three minutes.

Kelly converted a three-point play. On the next trip down, he snagged an offensive rebound and kicked out to Shamet for a go-ahead three.

Simms joined the Red Wolves’ three-point party with one of his own just before halftime, and ASU went into the break up 50-44.

WSU shot a respectable 50 percent from the field on 5-of-11 three-point shooting and committed just four turnovers.

ASU scored just eight of its 50 points in the paint but outrebounded WSU 15-13.

Arkansas State’s lead grew to nine in the opening minutes of the second half, but the Shockers buckled down defensively

WSU needed less than eight minutes to surge in front. Morris scored twice, and Haynes-Jones drilled a three during a 9-0 run that tied the game at 57.

After an ASU bucket, Haynes-Jones swished a jumper and Shamet hit a three to give the Shockers their first lead since the 6:03-mark of the first half, 62-59 with 12:16 to go in the game.

ASU moved in front on back-to-back buckets, but Haynes-Jones gave the Shockers the lead for good with his third triple of the night, 65-63, with 10-and-a-half minutes on the clock.

Shamet’s three and Kelly’s thunderous slam pushed the Shocker lead to 72-65 with 7:58 to go.

In the ensuing chaos, ASU head coach Mike Balado picked up a technical foul, resulting in two Shocker free throws. Shamet added another three less than a minute later to cap a 10-0 run. Just like that, WSU led by a dozen, 77-65.

Shaquille Morris and head coach Gregg Marshall each drew technical fouls in the closing minutes. Simms knocked down four free throws after the latter to pull ASU within five, 83-78, with still 2:57 to play.

Haynes-Jones turned the tide for WSU with a three. Shamet got a tough layup to go with 1:16 remaining for the final margin, as ASU went the final two-and-a-half minutes without scoring.