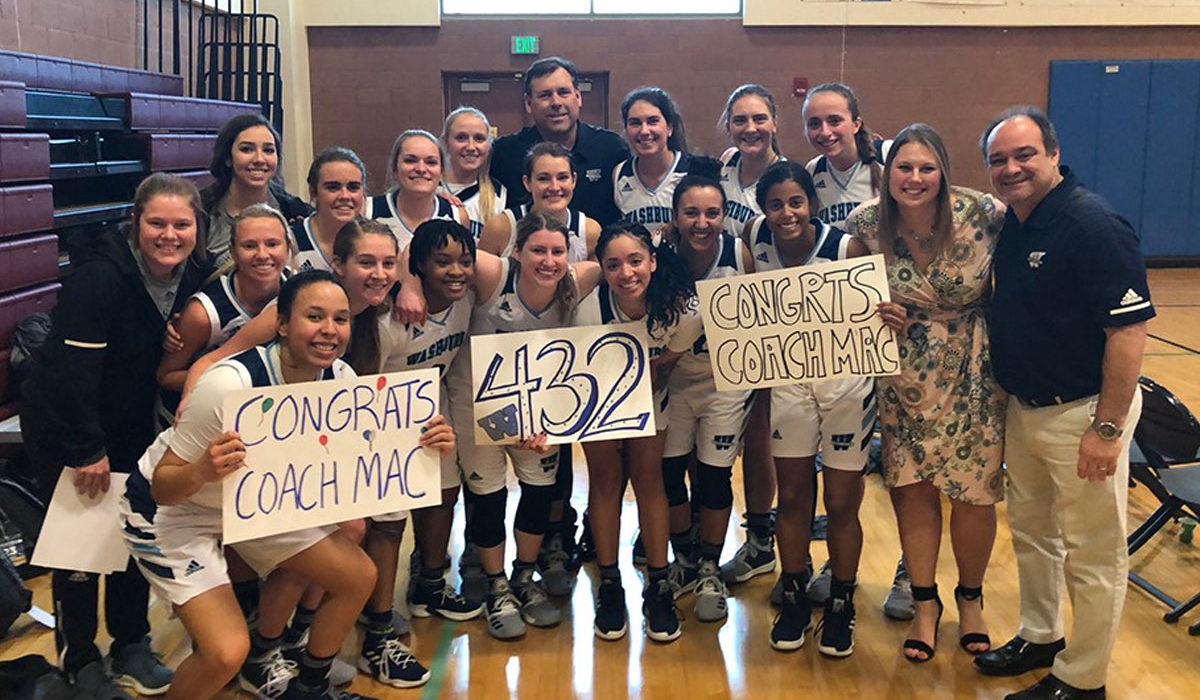 The Ichabods, which improved to 6-4, picked up the victory with help from four double-figure scorers as they stretched their win streak to four games.

Taylor Blue finished with a team-best 16 points, behind six of nine shooting. Nicole Murugarren and Denesia Smith each had a career-best as Murugarren netted 15 points, while Smith added 12. Reagan Phelan also contributed with 13 points.

Washburn never trailed en route to McHenry’s 432nd career win as it led by as much a 15 in the first half, before pushing the margin to a game-high 27 late into the fourth period.

The Ichabods held a 24-13 advantage after the first as Murugarren led the way the with eight points while Phelan added six to the cause.

Washburn shot 75 percent in the opening stanza as it converted on nine of 12 chances from the field and posted the same percentage, making six of eight from the charity stripe.

In spite a back-and-forth second, Washburn stayed in the driver’s seat with Blue leading the charge as she accounted for 10 of the team’s 21 points, before heading into the break with a 45-33 lead.

The Ichabods continued to be efficient in their shooting as they were good on eight of 15 attempts including three-for-six from behind the arc.

In the final two periods, the Ichabod bench played a larger role in securing the result, as it out scored the Eagles, 26-7. Smith and Shelbe Piggie paced the attack with eight points each while Warner had four boards.

It was the bench that helped Washburn surpass the 20-point margin thanks to a 7-2 run capped by a jumper from Smith at the 2:27 mark of the third.

In the fourth, Washburn’s bench accounted for 11 of its 22 points as the Ichabods made 10 of 13 shots, good for 76.9 percent, while the defense held Embry-Riddle to a game-low two of 10 from the field.

As they had a day earlier, the Ichabods dominated the paint out scoring Embry-Riddle, 60-18, while also out rebounding the Eagles, 41-26. Washburn also capitalized on transition with a 15-5 margin in fast-break points, as it shot a season-best .617 from the field.

The Ichabods will wrap-up non-conference play and the 2018 calendar year when it hosts St. Mary (Kan.) on December 31, with tip-off at Lee Arena slated for 2 pm.