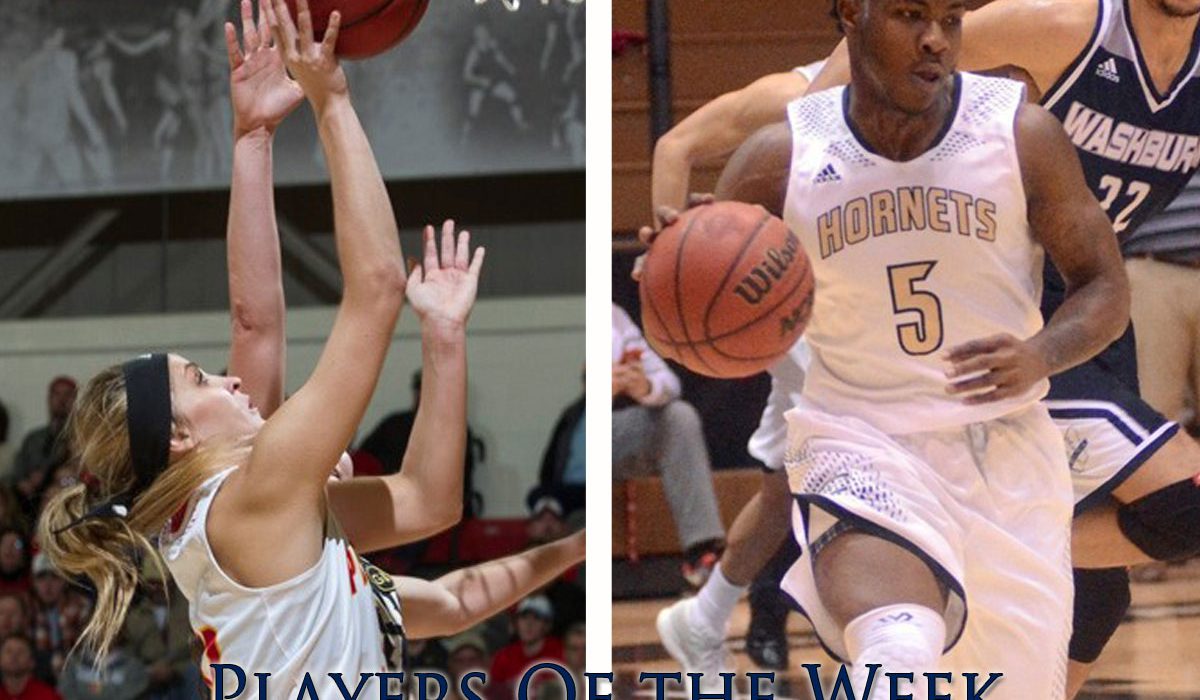 This week’s Kansas college Players of the Week are Madison Northcutt, PSU, and Brandon Hall, ESU.

The Gorillas got a new winning streak started in 2017, picking up three victories in the first week of the new year. Northcutt led the way, averaging a double-double during the three-game stretch. She had outright double-doubles in two and 14 points and eight boards in the third, in which she played only 19 minutes. The sophomore recorded a stat line which included 20.0 points and 13.0 rebounds for the week.

The Hornets win streak is up to three after picking up a big win in the Turnpike Tussle on Saturday. Hall had a game-high 21 points to go with six assists and put in the biggest basket of the night. With his team down two points after Washburn’s Randell Smith scored to give the Ichabods the lead, Hall took the inbound pass to half court and let fly a shot that went in as the buzzer sounded, giving ESU a 66-65 win before a jubilant home crowd.