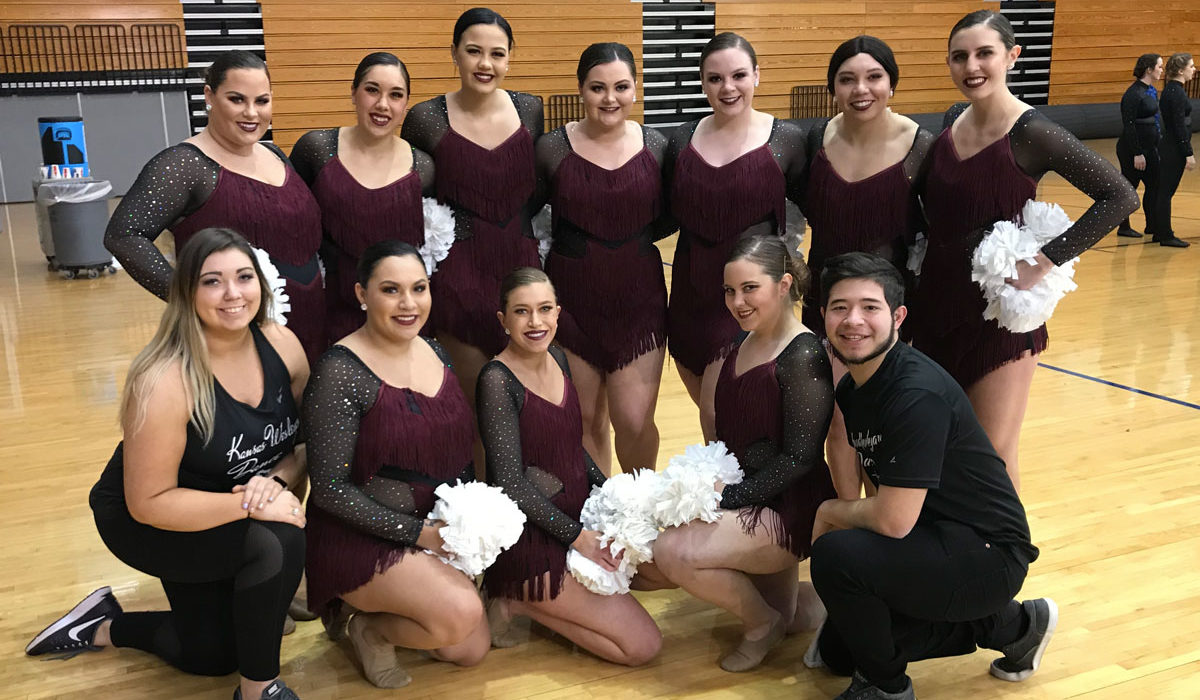 OKLAHOMA CITY – The Kansas Wesleyan dance team and the Bethel cheer team were able to finish with high positions on the day at the NAIA Cheer and Dance Southwest Qualifying Competition at Oklahoma City.

However, neither team was able to pick up an at-large bid to the national competition next week.

KWU was second after the preliminary round and finished in that spot after the finals, with a score of 60.37. Oklahoma City University won the dance division with a score of 82.44 and earned the automatic bid to nationals.

“We are so happy to be a part of it,” Kieborz said.

“And I really felt that the KCAC was well represented here. We had multiple schools here representing the cheer and dance sides. I think cheer and dance both are moving in the right direction as new NAIA sports.”

She said also she was excited about her team’s second-place finish.

“We worked really, really hard. We went from a team of five last year to a team of 12 this year. We’ve been striving to keep building up our program and I think we’re heading in the right direction.

Bethel was in third place after the prelims and upped it score in the final, but came in less than three-tenths of a point behind Warner who finished second. OCU won the cheer division and the automatic bid.

Joseph Gogus, head cheer coach at Bethel, said he thought things went well considering the circumstance  with which his team had to confront.

“We had a girl get injured on Wednesday, and we had to overcome some things,” Gogus said. “We had about two hours to fix everything between Thursday and Friday and then compete today.

“They pulled a zero-deduction routine in the finals and you can’t complain about that.”

The KCAC was also represented by cheer teams from Kansas Wesleyan, Bethany, Sterling, McPherson and Friends and dance teams from York and Bethany.