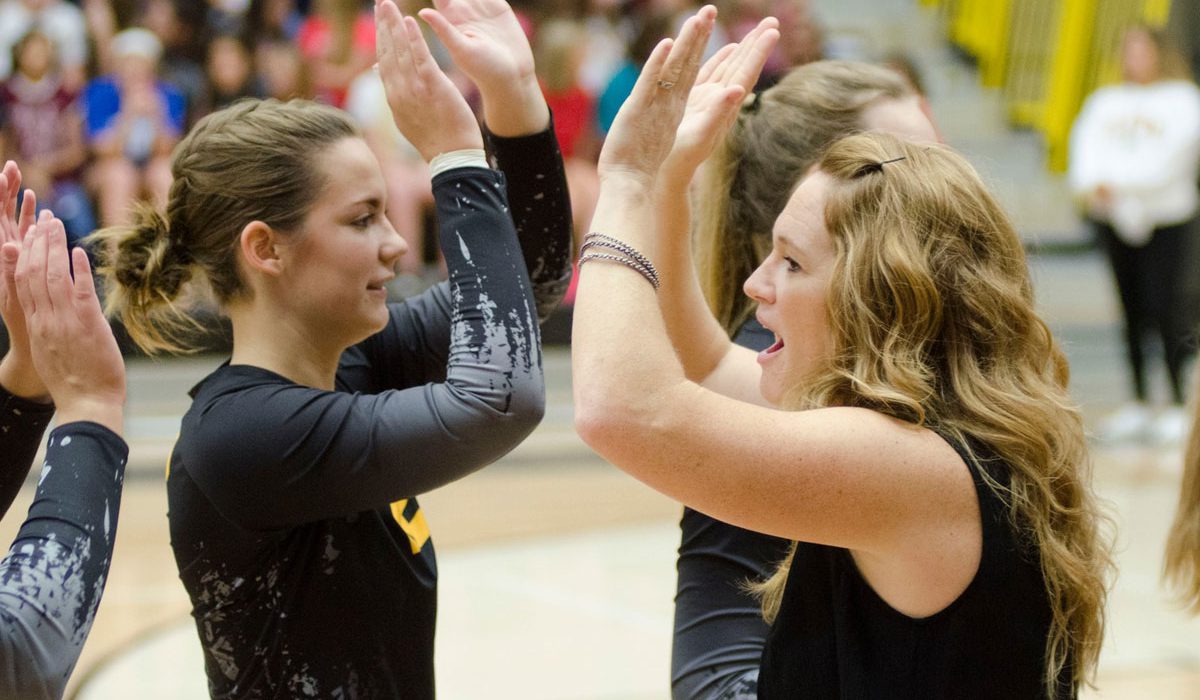 It will end a decade worth of service from Skocny, who spent two stints with the T-Birds from 2001-2006 and 2013 through this fall.

She led the T-Birds to back-to-back Region VI Tournament semi-final appearances in 2014 and 2015, including a 22-12 mark in 2015 that set the school record for wins during the rally-scoring era.

“Ultimately, the decision came down to my family and increasing activities and commitments that come with having three school-aged children,” Skocny said. “Over the last year, it has become increasingly difficult to balance both roles of coach and mother. Many people don’t understand the amount of hours this position deserves outside of practices and competitions. The evenings and weekends for recruiting, and further team development, became harder and harder for me to find…It was an emotional decision for me and my family and they too are all very invested in this program and Cloud County as a whole. I knew it was in the program’s best interest to make my decision quickly after the season so they could begin the search for a new coach and allow time for additional recruiting.”

Matt Bechard, Athletic Director for Cloud County Community College, has confirmed that the search to fill the head coaching vacancy has begun. He thanked and praised the work and passion exhibited by Skocny during her tenure.

“Molly will be sorely missed.  She brought passion and energy to everything she did and it was contagious. She’s a good volleyball coach but she is All-American as a mother and time with her family comes first,” Bechard said. “The Skocny family will be missed, but thankfully they will be close by.”

Skocny, a resident of Clyde, Kansas, said her and her family plan to remain in Cloud County and she would explore the option of coaching volleyball again on a lower level. But for now, she plans on spending the valuable time with her family.

“I would like to coach again sometime on a smaller level, but for now I want the flexibility to attend my children’s events and be available to their schedules, as well as provide (husband Josh Skocny) with support at home so he can continue to work passionately in his position at U.S. Stone.”

“I am beyond grateful for the opportunity and support I have received in my time here at Cloud County. I owe many thanks to Matt, Ann (Lowell) in the athletic department, my assistant coaches (Sarah Chavey and Kayla Garst), Athletic Trainer Steve Schroeder for taking such great care of the girls, and everyone that helps make these athletic programs possible. I’d especially like to thank Josh, my parents, sisters and many friends for picking up the ‘mom’ baton when I needed to hand that off on many occasions. It has meant so much to be able to do a job that I love in one of my favorite places.”