No. 11 Washburn upends No. 2 Nebraska-Kearney 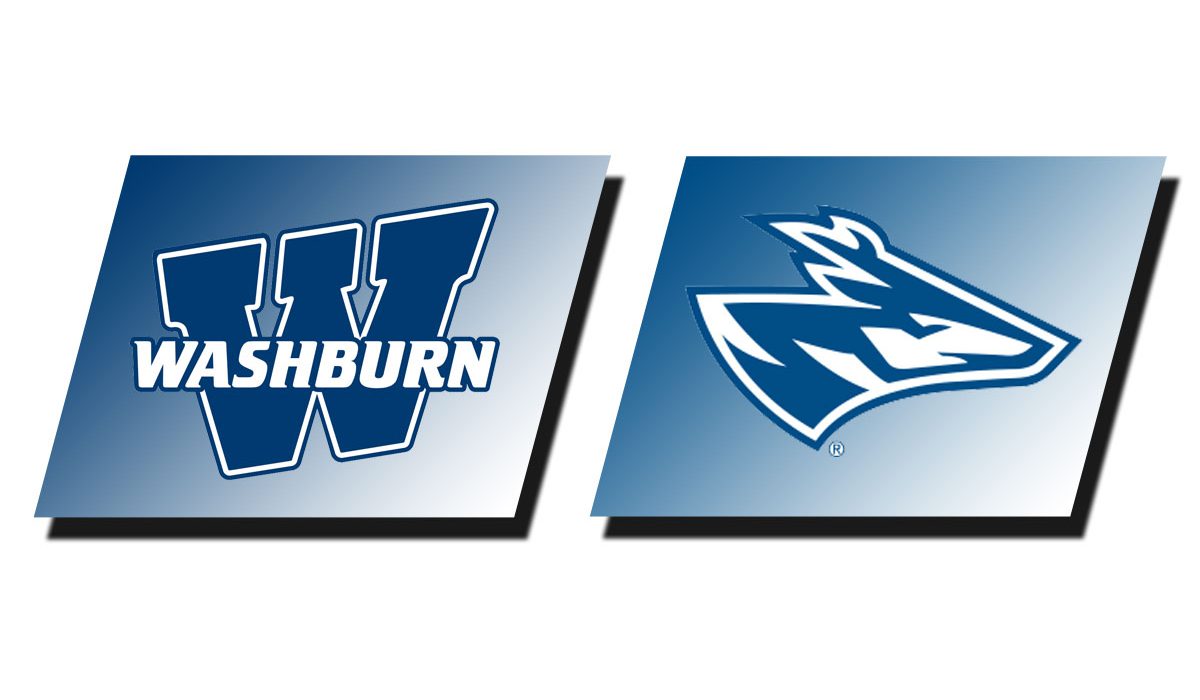 KEARNEY, Neb. – For the first time since 2013 Washburn volleyball swept the regular-season series against Nebraska-Kearney. The No. 11 Ichabods, which improved to 25-1 on the year and claimed sole possession of the top spot in the MIAA standing as they climbed to 13-1, upended the No. 2 Lopers with a 3-1 (23-25, 28-26, 25-18, 25-22) road victory Saturday night. With the result, Washburn also ended UNK’s 66-match home win streak and is the first time since 2007 that Washburn had registered two or more wins in a season against AVCA Top 5 ranked opponents.

A nip-and-tuck match the whole way, Washburn and UNK (26-2, 12-2 MIAA) ended up combining for 27 ties and 16 lead changes. The teams also combined for 56 attacks errors as the traditionally efficient hitting sides were each held a sub-.200 mark. Washburn out hit the Lopers, .170 to .084, while also edging them out with a 57-51 advantage in kills. The Ichabod defense used an all-hands on deck approach as a total of 11 individuals registered a block while seven tallied blocks. In total, WU finished with 109 digs and a season-best 15 blocks.

A trio of Ichabods finished with double-digit kills, with Erica Montgomery and Allison Maxwell leading the way with 16 apiece, while Genna Berg chipped with 10 kills and 12 digs for her ninth double-double of the season. Shayla Conner also notched a double-double, the 30th of her career, as she posted 46 assists and 13 digs. Makayla Maxwell also contributed to the attack with nine kills.

Faith Rottinghaus anchored the back line as she posted a career-best 38 digs, while Katie Heeter had 12 and 21 receptions. Both Maxwell made themselves a presence at the net defensively as they each had six blocks, while Berg, Conner and Kelsey Gordon finished with five blocks apiece.

Set 1: In spite of out hitting UNK, .200 to .128, the Ichabods dropped the opener, 25-23. Trailing 5-3, WU pulled out front behind a 5-1 run but it was short-lived as the Lopers quickly regained a 9-8 lead. A kill from Montgomery tied it at 9-9 but UNK sprinted ahead with a 6-1 run. From there the Ichabods continued to trail, though stayed within arm’s length and twice used a 3-0 spurt to pull within one. Behind 21-19, WU rallied behind a kill and a two assisted blocks from Gordon to itself claim a slim 23-22 lead late. The effort though fell short as UNK rattled off three unanswered to claim a 1-0 match lead.

Set 2: UNK controlled early as it jumped out a 6-2 lead forcing Washburn to look and regroup behind a quick timeout. A trio of Loper attack miscues in addition to kills from Gordon adn Makayla Maxwell helped the Ichabods trim the deficit to 9-7. Following a UNK 3-1 spurt, WU put together a 6-1 run pushing itself out front, 13-12. The Lopers though recovered with a 9-4 exchange to lead 21-17. A late 4-0 spurt from Washburn leveled the frame at 21. Leading 25-24, WU surrendered back-to-back kills to fall behind 26-25, though pulled through with a 3-0 spurt, tying the match at a set each.

Set 3: Washburn posted a complete effort at its attack hit a match-best .257 while defensively holding the Loper offense to a match-low .025 hitting. The Ichabods jumped out to a 5-2 quickly before responded with a 4-0 run to lead, 6-5. Leading 14-12, the Ichabods pulled away as they tallied five straight in quick succession taking a 19-12 lead. Conner was a key piece to the run registering a kill, assisted block and an assist to help the cause. Washburn never looked back as it went on winning the set 25-16 and take a 2-1 match lead.

Set 4: After early see-saw action, the Ichabods stunk out to a narrow two-point cushion as kills from Montgomery and Conner nudged them out front, 8-6. Washburn then extended its margin to five behind a 5-2 run. After nipping at the WU heels, UNK erased the Ichabod advantage thanks to a 8-2 run to move out front, 16-15. The deficit however quickly evaporated with kills from Sydney Fitzgibbons and Montgomery as part of a 3-0 WU spurt. Tied at 18, Montgomery shouldered the load for the Ichabods, rattling off four straight kills, giving WU a 22-18 lead. After a Berg kill set up match-point for WU, 24-19, the Lopers began to rally late with 3-0 spurt. The effort however was not enough as a kill from Allison Maxwell secured the frame, 25-22, and a 3-1 match win.

Up next: Washburn will return to Lee Arena for its final four matches of the regular season beginning with Lindenwood and Central Missouri next weekend.