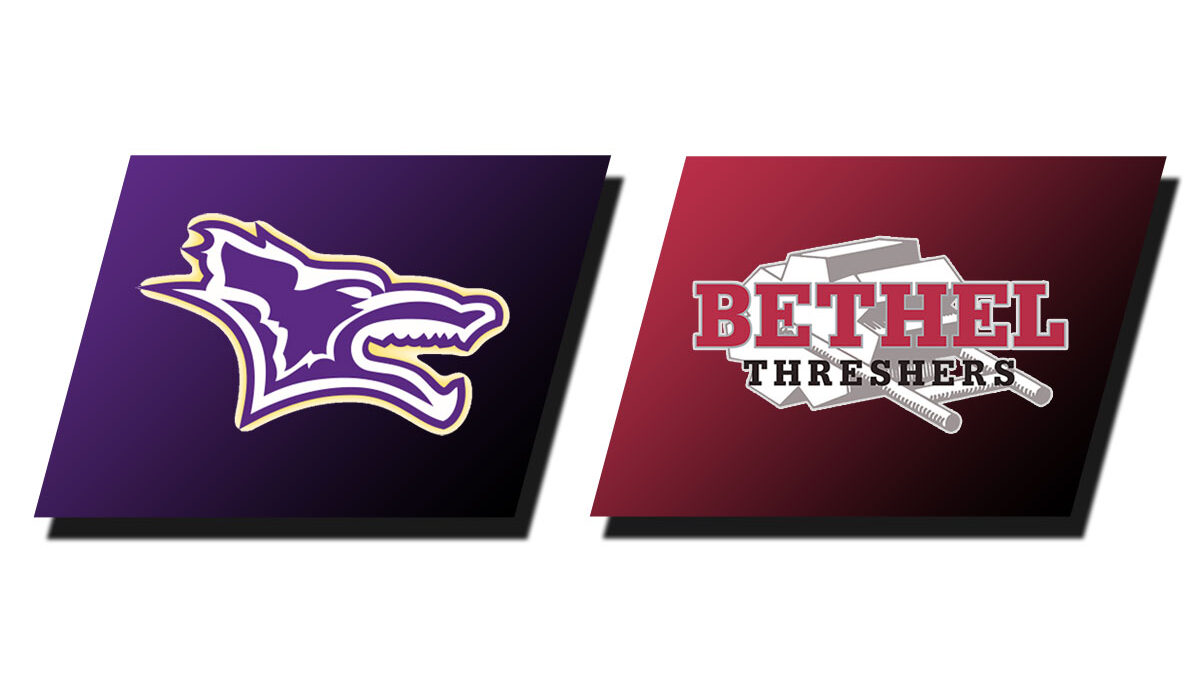 Jenkins and his Kansas Wesleyan teammates were in warp speed celebration mode moments after a harrowing 31-24 come-from-behind victory over No. 10-ranked Bethel in a game between two NAIA and Kansas Conference powerhouses Saturday night at Thresher Stadium.

The No. 16 Coyotes (3-0) erased a 24-17 third quarter deficit by scoring 14 unanswered points in the fourth quarter and got the game-winning sack from Devonta Brooks(SR/Cleveland, Ohio) in the waning seconds to seal their second road victory over Bethel in six months.

“This is a huge win for us because we have high expectations this season,” said Jenkins, who more than did his part with a stunning performance – 11 receptions for 217 yards and two touchdowns. “We have our sights set on going all the way and this was a big game. I know everybody put circles on their calendars knowing we had to come to their place and get the job done again. This is huge for us.”

Seemingly on the ropes after a brutal third quarter in which they ran seven plays that netted a minus-15 yards and included three sacks and an interception, Wesleyan sprung to life once the final 15 minutes commenced.

Led by Jenkins and quarterback Isaiah Randalle (JR/Sacramento, Calif.), who played arguably his best game in a KWU uniform, the Coyotes drove 76 yards on 11 plays and scored on Nick Allsman (SO/Belleville, Kan.)’s 3-yard run with 9:29 remaining. Jenkins caught four passes for 45 yards during the sequence.

Bethel (2-1) went three and out on its possession and punted, allowing Wesleyan to embark on its game-winning drive.

It started with a 41-yard rush by Allsman, and ended eight plays later on Randalle’s 8-yard touchdown pass to Jenkins with 2:06 left.

Bethel’s final drive began on its own 28-yard line with 2:01 remaining and 10 plays later was at the KWU 22. The Threshers called their final time out with 19 seconds left but quarterback Landon Barnes was sacked by linebacker Devonta Brooks for a 10-yard loss on the ensuing play.

Barnes frantically tried to spike the ball in an attempt to stop the clock but a receiver wasn’t set and illegal motion was called.

Because the penalty occurred with less than a minute left, 10 seconds were taken off the clock according to the rules. Fewer than 10 seconds remained when the penalty was called and time expired, setting off the wild celebration on the Coyotes’ sideline.

Barnes tried a spin move on the final play but Brooks wasn’t fooled.

“My coach said ‘come off the edge’ and I told him ‘watch this,'” said Brooks, who had four tackles in the game. “We were expecting a pass. When I saw the wing (back) go out and no one touched me I said ‘yeah, it’s time.'”

Bethel’s flexbone offense totaled 338 yards rushing but 150 came on two long touchdown runs in the first half – Chance Scurry’s 78-yard run in the first quarter and Camryn Harrison’s 72 yarder in the second that propelled the Threshers to a 21-17 halftime lead.

“Oh, it’s big, it’s big,” he said, “especially with them being conference champs last year. We want to bring it back to Salina. It was a statement game for sure.”

The Coyotes’ preferred mode of travel offensively was Randalle Airways. He was 28 of 48 passing for 405 yards and two interceptions, the first returned 65 yards for a touchdown by Bethel’s Trey Palmer in the first quarter.

Randalle also had scoring passes of 67 yards to Jenkins in the first quarter and 50 yards to Macon in the second quarter. Macon broke several tackles after catching Randalle’s shot toss then sprinted to the end zone.

Randalle displayed toughness and resilience all night, having to be helped off the field twice after being injured but returning after one play each time.

His connection with Jenkins was spectacular from start to finish.

“It goes back to coach (Myers Hendrickson) drawing up an amazing game plan that we’d been working all week,” Jenkins said. “Just finding holes in the zone (defense) and sitting down. I know they bring a lot of pressure so I was just trying to hurry up and get there so my quarterback can get the ball off.”

“Isaiah was making really good reads,” Hendrickson said. “They put a ton of pressure on you and there’s zero room for error because they’re bringing pressure on every snap. That was the key, we got the ball out quick and our skill players made big plays like we knew we could.”

“I love this team,” Hendrickson said. “What we talk about in the meeting rooms and on the practice field is coming here on game days. When we leave that locker room, we’re one heartbeat, one family together on the field and off the field. That’s the way you win these games. They just kept playing, doing their jobs one play at a time for 60 minutes.”

The Coyotes are back on the road next Saturday when they play arch rival Bethany at 7 p.m. in Lindsborg. The Swedes (0-2) lost to Avila 46-15 Saturday afternoon in Kansas City, Mo.