No. 3 Washburn gets sweep at Fort Hays State 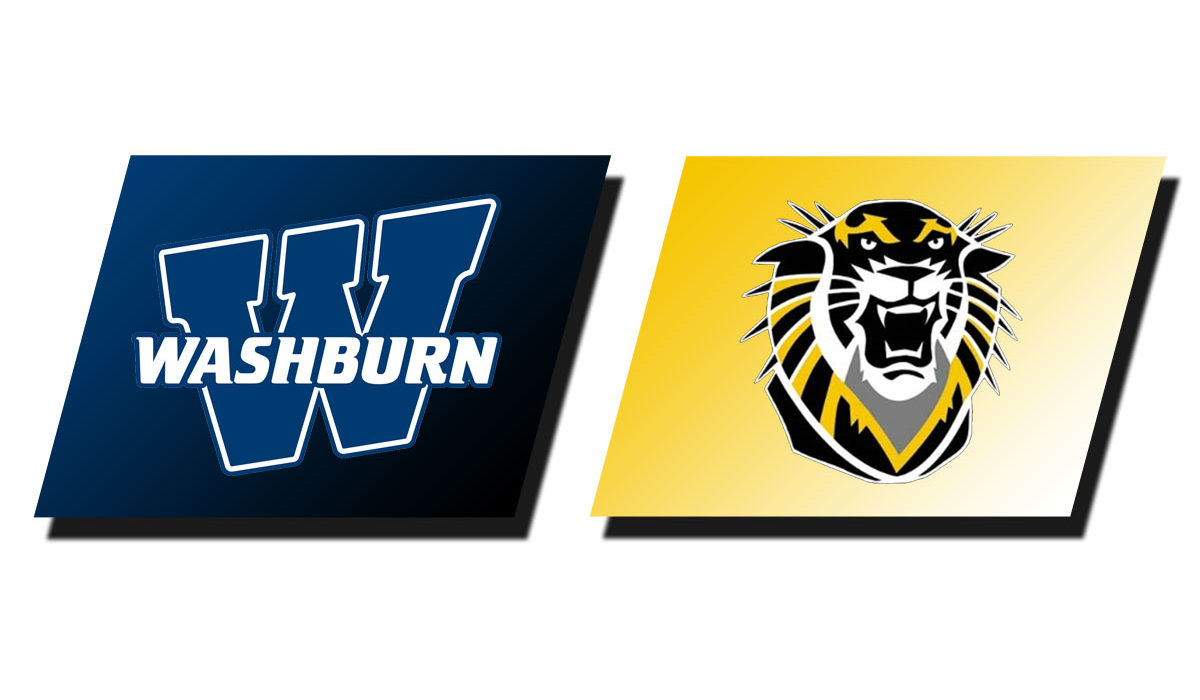 HAYS – The third-ranked Washburn volleyball team captured their 12th sweep victory of the season with the 3-0 decision at Fort Hays State on Tuesday evening. The Ichabods are now 18-2 (10-2 MIAA) while the Tigers fall to 6-14 (3-9 MIAA).

The Ichabods scored the first point of the match and went up 4-1 and then 6-3 before the Tigers put together a three point rally to tie the set at seven-all. Senior Erica Montgomery initiated a 6-0 scoring run to put Washburn in front again at 14-8. The two teams took turns scoring for the next 16 points to keep the Ichabods’ lead at five or six until the Tigers won four-consecutive points on back-to-back blocks and two Washburn errors to get within two points, 22-20. Fort Hays State spoiled Washburn’s set point (24-22) and scored the next two to even the score. The Tigers’ late rally would fall short, however, as the Ichabods scored three of the last four points to win the opening set, 27-25. Allison Maxwell wrapped up the set with five kills on six attempts.

In the second set, Washburn grabbed an early lead yet again, going up 6-1. Fort Hays scored the next two, but the Ichabods used their power to win five of the next six points to extend their lead to 11-4. During the rally, Washburn had four kills with two from Montgomery and Genna Berg and Kelsey Gordon both added one.The Tigers put together another late rally, scoring five of six points to get within four at 23-19, but an FHSU error and an assisted block by Taylor Antonowich and Gordon would give Washburn the 25-19 set win.

The Ichabods opened the third frame with an incredible 14-0 run. Washburn recorded six kills, two aces, two blocks, and earned four points off FHSU errors during the hot start. The Ichabods held a double-digit lead for nearly the entirety of the set until the Tigers scored five points in a row to cut Washburn’s lead to 21-15. Washburn closed out the set on a 4-1 run, which was capped off by a kill from Allison Sadler, to earn the sweep with the final set score of 25-16..

Montgomery led the team with 10 kills, followed by Maxwell and Gordon who each knocked down nine kills. Gordon had a strong night at the net as she was a part of seven assisted blocks. Berg chipped in eight kills to go with her 17 digs and landed four of Washburn’s five service aces. Faith Rottinghaus led the team in digs with 21 and Sadler recorded 37 assists.