No. 5 Ichabods rally from double-digit deficit for overtime win at NSU 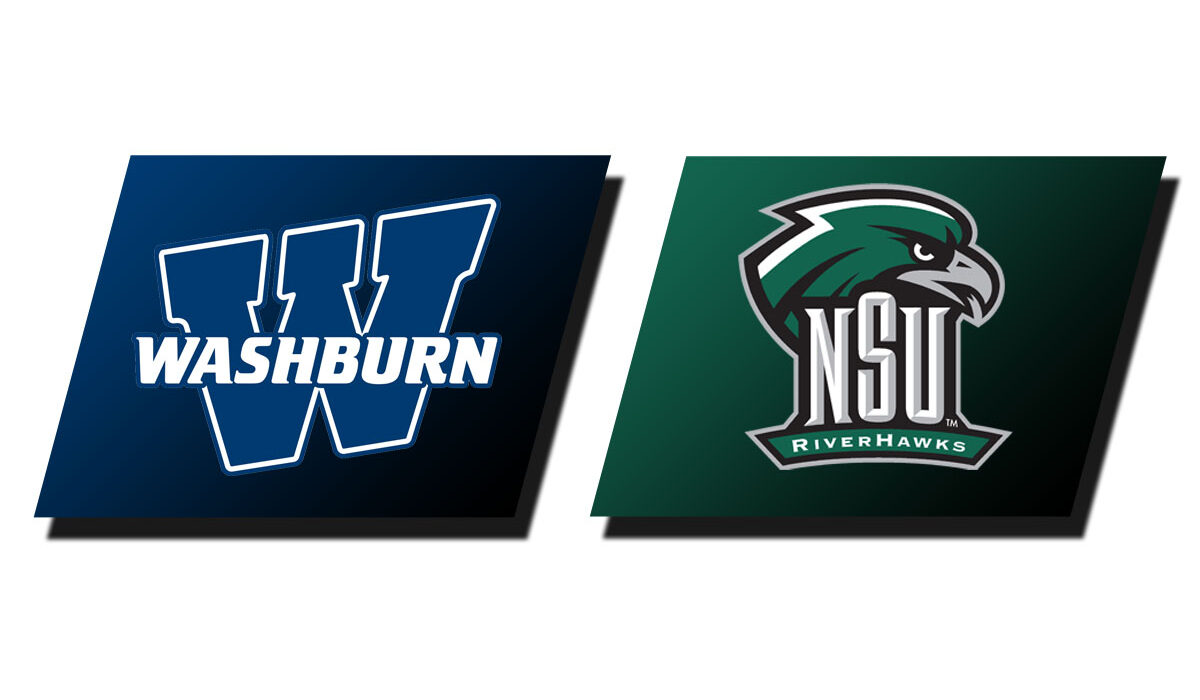 TAHLEQUAH, Okla. – The No. 5-ranked Washburn Ichabods overcame a sluggish first half and 26 fouls rallying from a 12-point deficit in an 85-84 overtime win at Northeastern State. The win sets up a top-five match up as the Ichabods will now face No. 1-ranked Northwest Missouri on Thursday in Maryville.

After six-straight points by the RiverHawks pushing their lead to five at 73-68 with 1:13 to play, Geiman hit a jumper and Rathen Carter scored four points including a 3-pointer from the corner with 16 seconds left to give the Ichabods a 74-73 lead. NSU had a chance to take the lead with five seconds to play but hit only 1 of 2 free throws to sending the game into overtime.

In the extra frame, NSU scored first and Jace Williams tied the score with a jumper with 4:09 to play. After a jumper by the RiverHawks stretched its lead back to two at 78-76. Williams hit a pair of three throws with 2:13 to go and Geiman put the Ichabods up 80-78 with 1:44 remaining.

The Ichabods trailed at the break for the first time this season 30-26 after struggling from the field going 10 of 30 overall and 1 of 9 from 3-point range while the RiverHawks were 10 of 25 from the field hitting 5 of 13 from deep. The Ichabods had a nine-point deficit at 22-13 and never led in the opening frame as Geiman scored 10 points to lead the Ichabods in the first half.

Brad Davis had a 22 points with eight assists to lead the RiverHawks.

Washburn was outrebounded 44 to 32. The teams combined for 50 fouls in the game with 26 being called on the Ichabods.