No. 5 Ichabods upend No. 1 Bearcats in overtime 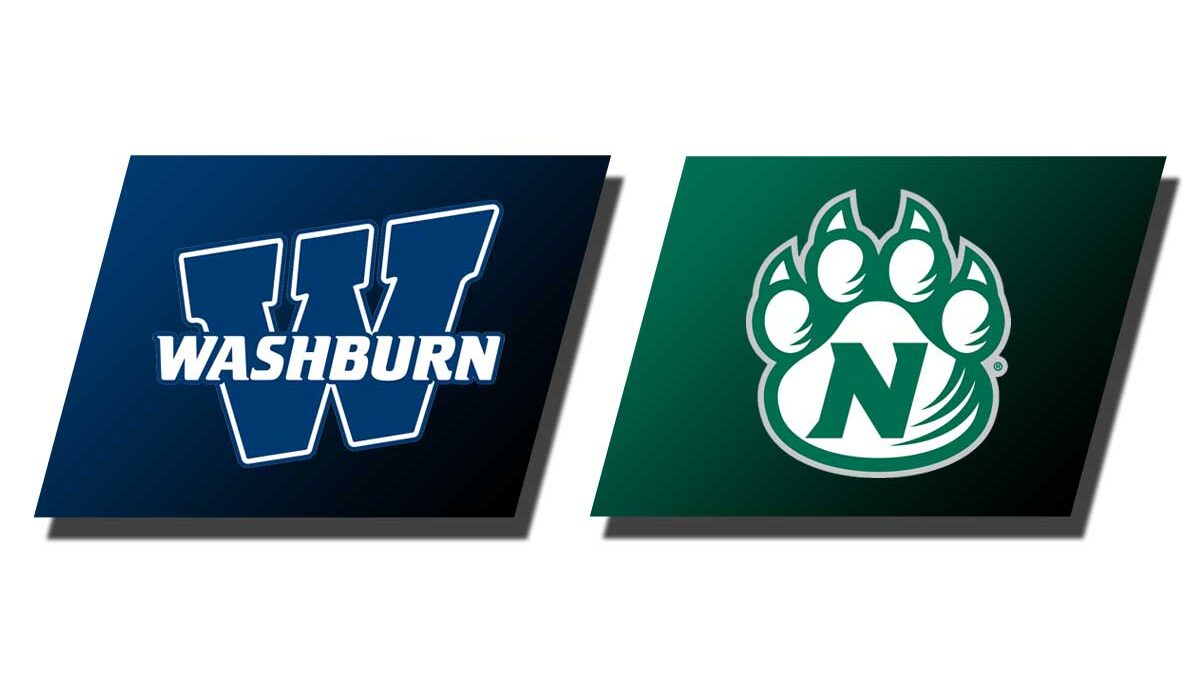 MARYVILLE, Mo. – The No. 5-ranked Washburn Ichabods remained undefeated with an 84-82 overtime win over the No. 1-ranked Northwest Missouri Bearcats snapping the host squad’s 28-game winning streak on Thursday night in Bearcat Arena. It was the first win by an Ichabod team over the No. 1-ranked team since Nov. 16, 2015 when the Ichabods topped Augustana in Las Vegas 86-84 in overtime.

With Northwest Missouri leading 82-79 in overtime with 2:38 to play in the overtime period, the Ichabods scored the final seven points of the game with Rathen Carter scoring four and Tyler Geiman scoring three.

Washburn (8-0, 8-0 MIAA) was led by Geiman’s game-high 26 points while adding five assists and five rebounds. Jonny Clausing had 21 points with seven rebounds going 10 of 13 from the field. Rathen Carter, making his first start of the season, had 12 points with four rebounds.

Washburn shot 57 percent for the game hitting 32 of 56 shots after shooting a blistering 68 percent in the second half going 17 of 25. Northwest was 24 of 57 from the field hitting 12 of 31-point attempts. From the free throw line and the Ichabods were 13 of 20 compared to 22 of 34 from the charity stripe for the Bearcats.

The Bearcats held a 35 to 32 advantage on the boards collecting 11 offensive rebounds. Washburn outscored the Bearcats 48 to 24 in the paint and 12 to 2 in bench points.