No. 6 FSHU takes MIAA title outright with win over No. 8 NWMSU 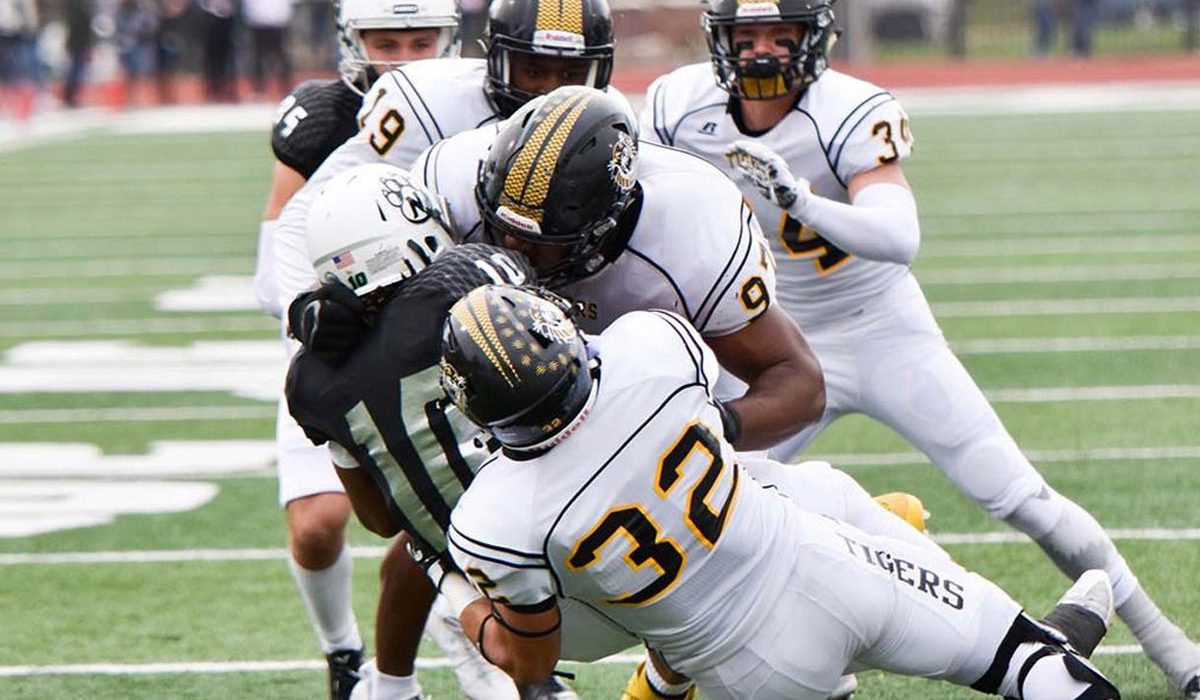 MARYVILLE, Mo. – Fort Hays State outlasted Northwest Missouri State 13-12 on the road in a great battle between the top two defensive teams in the MIAA. The No. 6 ranked Tigers moved to 10-0 overall, while the No. 8 Bearcats dropped their second straight game and moved to 8-2. The Tigers secured the MIAA Championship outright with the win.

The win snapped Northwest Missouri State’s 23-game home win streak that dated back to the 2014 season when Pittsburg State knocked off the Bearcats. That led to an MIAA co-championship between Pittsburg State and Northwest Missouri State. The Bearcats had either shared or won the conference title outright four consecutive years until today, as the Tigers became the first team to win the title outright other than NWMSU since the 2012 season when Missouri Western claimed the title outright.

Most importantly for the Tigers, they remain in good position for a potential No. 1 seed in the NCAA Playoffs. The Tigers are looking for their first NCAA Playoff appearance since 1995. It was also the last year the Tigers won a conference title before Saturday, topping the Rocky Mountain Athletic Conference.

With both defenses allowing less than 300 yards of total offense per game entering Saturday, the game had every indication of being a defensive battle. That turned out to be the case and one big Fort Hays State play on offense proved the difference in a game where moving the ball was a hard thing to do.

Neither team could find a first down on the opening five drives of the game until FHSU broke through with a first down on their third drive of the game. Northwest Missouri put together the first fruitful drive that lasted through the end of the first quarter, putting the first points of the game on the board with 14:08 remaining in the second quarter on a Parker Sampson 28-yard field goal. The drive took 15 plays, covering 48 yards in 6:27. NWMSU gained three first downs on that drive.

The Tigers responded with a field goal of their own. Brandon Brown connected from 48 yards after an 8-play, 34-yard drive that took 3:14. That knotted the score with 10:59 remaining in the opening half. Monterio Burchfield had a 15-yard reception and Drew Kite had a 16-yard catch on the drive. The 3-3 deadlock turned out to be the halftime score.

Two big offensive plays led to Fort Hays State’s second half points. The first was a 52-yard run on the first play from scrimmage by Kenneth Iheme, immediately putting the Tigers in the redzone. A few plays later, Brown gave FHSU its first lead, 6-3, with a 36-yard field goal. Neither team scored the remainder of the period.

The second big play came on the second Fort Hays State drive of the fourth quarter. On 2nd-and-10, Jacob Mezera found Harley Hazlett over the middle and he broke away from his defender. He outran the remainder of the defense for a 66-yard touchdown reception. The Tigers suddenly led 13-3 with 9:25 to go in the game.

From there, they had to hold off Maryville magic. Northwest Missouri State made those final nine and a half minutes of the game uncomfortable.

On the ensuing drive, NWMSU marched 14 plays covering 75 yards over 6:06 to get its only touchdown of the game. It came on a 21-yard touchdown reception by Quincy Woods. At that point, 3:19 remained on the clock.

Fort Hays State’s offense could not gain a much-needed first down and NWMSU had all of its timeouts remaining. The Bearcats began to march again as Bearcat Stadium reached a fever pitch. But the air went out of the stadium when Connor Shedeed picked off a deep pass down the right sideline at the FHSU 14. The clock read 1:05.

With two timeouts remaining, the Bearcats were able to force FHSU into a punt situation with 17 seconds remaining. FHSU opted to have punter Dante Brown run out the back of the endzone for a safety. FHSU was clinging to a 13-12 lead with 13 seconds remaining.

After the free kick, Northwest Missouri took over at its own 37 with nine seconds remaining. A 19-yard pass over the middle pushed the ball to the FHSU 44 with four seconds remaining. On the final hail mary attempt of the game, FHSU put several wide receivers back at the goal line and Hazlett came up with the game-sealing interception to give FHSU its first-ever MIAA Championship in football.

By the end of the game, the Bearcats had 318 yards of total offense and the Tigers had just 251. But the big plays were the difference in the game, giving FHSU just enough of an edge on the scoreboard for the win.

Iheme led the Tigers with 89 yards rushing, while Mezera had 180 yards passing. Mezera went past the 5,000-yard mark in his career with the effort, the fifth quarterback in Tiger history to reach that mark. Hazlett finished with 84 yards on three catches, while Burchfield had 71 yards on three catches. On defense, Tanner Hoekman and Jose Delgado each had 11 tackles, while Jibowu, Shedeed, and Hazlett came up with the three interceptions of the Bearcats. The Tigers won the ball security battle, 3-0, by not turning the ball over at all.

For the Bearcats, Jonathan Baker had 111 passing yards and Zach Martin had 100. Emanuel Jones led the Bearcats with 37 rushing yards as the team produced 107 on the ground. Jordan Grove led the receiving effort with eight catches for 56 yards. Edward Richey led the Bearcat defense with nine tackles.

The Tigers move to 10-0 for the first time in history and goes for an undefeated regular season next Saturday in Hays against Nebraska-Kearney. Game time at Lewis Field Stadium is 2 pm on November 11.