No. 6 Tigers hold off Bronchos 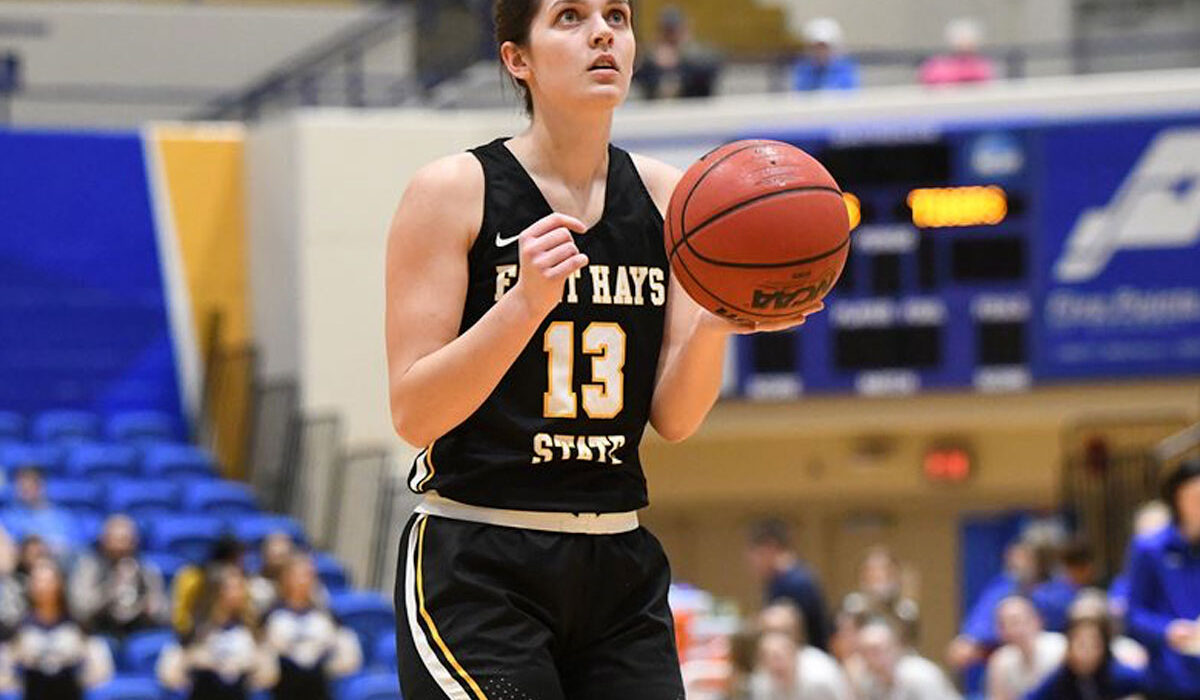 EDMOND, Okla. – The No. 6 Fort Hays State women’s basketball team jumped out to an early lead and held off a late Central Oklahoma run Saturday afternoon, beating the Bronchos 75-68 on the road. The Bronchos outshot and outrebounded the Tigers, but Fort Hays State forced 22 UCO turnovers to more than make up the difference.

Central Oklahoma scored first but it was all Tigers after that in the first quarter, with FHSU outscoring the Bronchos 19-9 over the opening 10 minutes. Katie Wagner and Olivia Hollenbeck combined for 12 points in the opening frame.

The Bronchos opened the second quarter with an 11-4 run to close within three, 23-20. But the Tigers countered with three consecutive 3-pointers in just 51 seconds to go back in front by double digits. Lauren West buried her second long ball of the game to open the run before Sydney Golladay turned a steal into a triple. West then sank another shot from behind the arc 30 seconds later off a pass from Wagner, giving the Tigers a 34-23 lead.

After taking a 10-point lead into the locker room, 42-32, the Tigers built the lead as high as 18 by the midway point of the third quarter thanks in part to a season-high fourth 3-pointer from West. But Central Oklahoma responded once again, outscoring the Tigers 12-5 over the final four minutes of the third to close within 11, 61-50.

Jaden Hobbs helped the Tigers break up the rally momentarily with an early 3-pointer in the fourth quarter before the Bronchos closed within two with a 14-2 run. Fort Hays State missed all 11 of their shot attempts during the run, allowing UCO to make it a one-possession game. But the defense came up with big stops down the stretch while Golladay and Hollenbeck hit clutch shots on the offensive end to regain control. The Tigers hit five free throws down the stretch to seal the win.

Five Tigers scored in double figures for the third time this season, including a game-high 15 points from Hollenbeck thanks to a 5-of-9 effort from the floor and a 5-of-6 day at the stripe. Hobbs added 14 points and five assists, while Golladay, Wagner and West all scored 12 points. UCO’s Kelsey Johnson led the Bronchos with 27 points and 13 rebounds.