Rubenstein takes over as head of Swedes golf programs 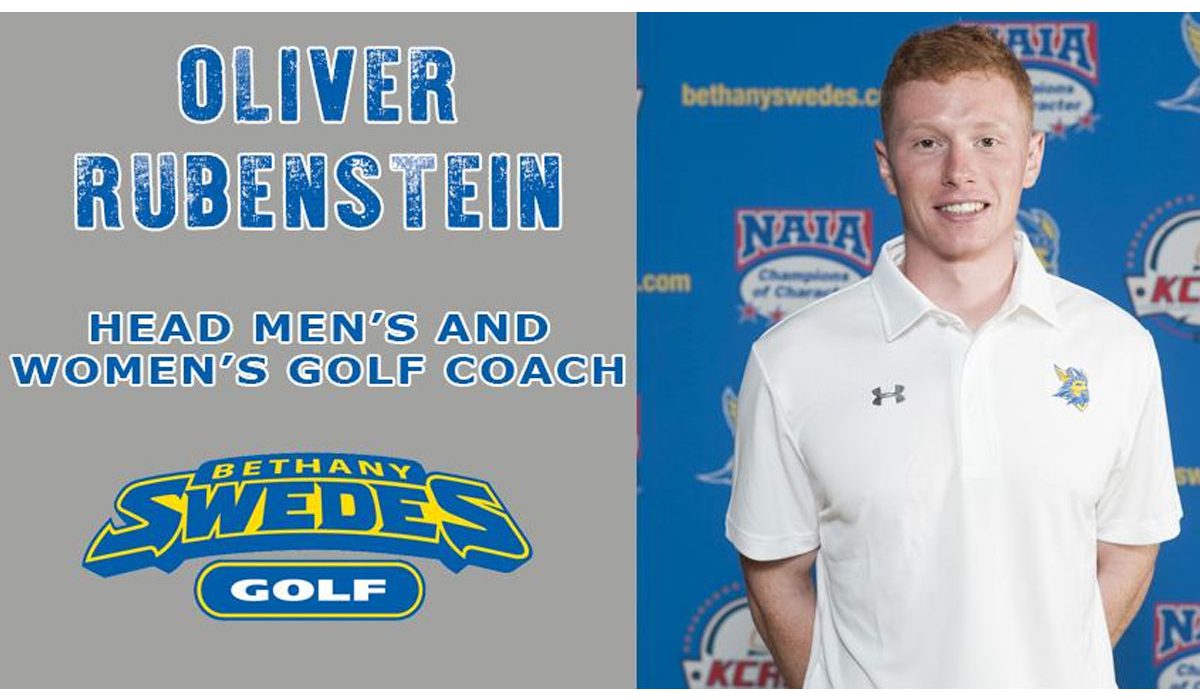 LINDSBORG– The Bethany College department of athletics announces the hiring of Oliver Rubenstein ’17 as the head of the men’s and women’s golf programs.

“Oliver has a great deal of pride in the Bethany golf programs and I am confident in his ability to take on this new role and lead our teams to continued success in the KCAC and the NAIA,” Dean of Athletics, Dane Pavlovich said. “He has had a series of great mentors during his time as a Swede both as a coach and a player and he will use this knowledge as well as his own experiences to benefit all the student-athletes on the golf teams.”

Rubenstein transitions to the head coach role after a year as the assistant coach within the Swedes golf programs. During this time, he assisted in day to day team activities, including organizing the structure of team practice, individual player development, arranging team transportation, and constructing the teams’ tournament schedules. Rubenstein also assisted in overseeing the team workouts, the overall budget management, along with assisting in player recruitment.

“I’m really happy that Dane Pavlovich and President Jones have given me this opportunity to coach two great programs! A year ago I was just beginning my college coaching career as an assistant and would never have thought I’d have the chance to move forward so quickly,” Rubenstein said. “I’m ready to get things going this fall and look to have another successful KCAC championship season, not only on the men’s side but the women’s too!”

Rubenstein has a Bachelor of Arts degree in Physical Health and Wellness with an emphasis in sports coaching from Bethany where he earned a 3.5 grade point average.