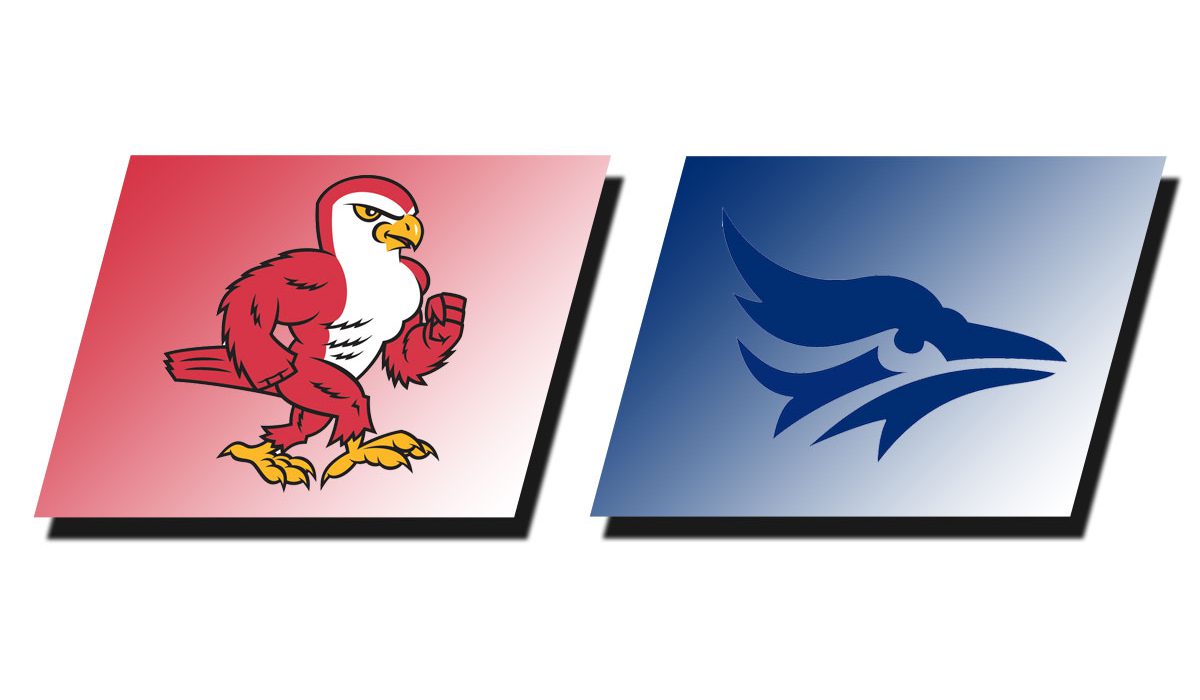 Shann Sellers started the game for Friends with a steal and layup to give the Falcons an early 2-0 lead. A three-pointer from Tabor’s Morgan Ediger gave the Bluejays a 6-4 lead before the Falcons rattled off an 11-0 run to race out to a 15-6 lead at the 6:00 mark of the first quarter.

One minute later, five straight points from Tabor pulled the Bluejays within four, 15-11. A two-point shot from Nicole Decker cut the Falcon lead to three, 21-18. The Falcons answered with five-straight points, capped by a Sellers bucket to put the score at 25-18 in favor of Friends. The Falcons led 28-23 after the first quarter.

Morgan Ediger hit a two from the short corner for Tabor to cut the Friends lead to 28-25. Then, Ediger’s reverse layup at the 7:37 marks of the second quarter saw the Friend’s lead shrink to one, 28-27.  The Bluejays took the lead, 29-28, 30 seconds later on a two-point jumper by Kaleigh Troxell.

At the 4:49 mark, Lexi Evans nailed a long three-pointer for the Falcons to give her team a two-point advantage, 33-31. The shot ignited a 7-0 run for the one-seed that saw them go ahead, 37-31. Tena Loewen closed the gap for Tabor, scoring the last points of the quarter for either team, one a layup with a little more than two minutes to-go in the half. Friends would take a 39-35 advantage into the locker room.

Sellers led all scorers at the break with 16 points on 8-of-11 shooting. Yowana Posey added 10 points in the first half for the Falcons. Tabor’s Kaleigh Troxell scored 11 points on 4-of-6 shooting, including 3-of-5 from three-point land.

Sellers scored the first four points of the third quarter, stretching the Falcon lead to 43-35 less than a minute into the second half.

Midway through the third quarter, Troxell connected on a three to cut the Friends lead to 49-44. However, Sellers’ steal and layup at the 3:02 mark stretched the Falcon lead to seven, 51-44. Tabor wouldn’t go away though, hitting a three to head into the final quarter down three, 53-50.

Tabor will now head to the NAIA Division II Women’s Basketball Championships March 8-14 in Sioux City, Iowa. The seeds will be revealed during a selection show on March 1 at 5 p.m. CST on NAIA.org.