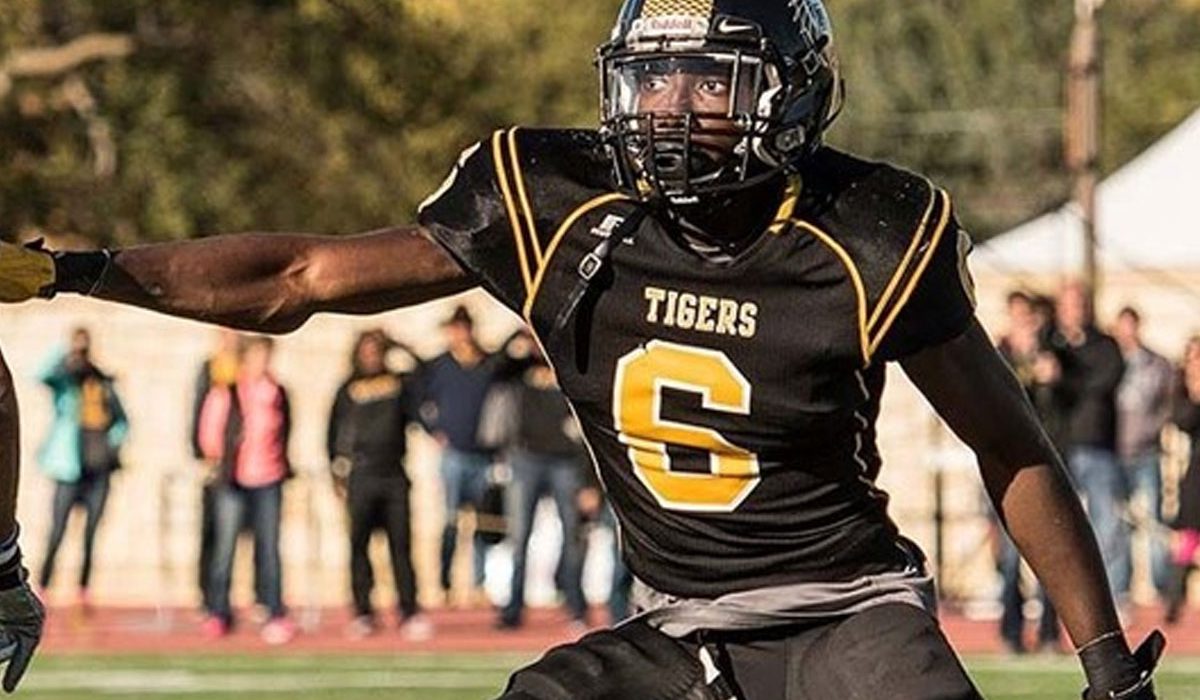 At the age of eight, life as Doyin Jibowu knew it, changed. Jibowu was born in Nigeria and lived with his mother and brother, while his father moved to Colorado, separating the family by thousands of miles. However, when his mother won the visa lottery, Jibowu, along with his mom and brother, picked up their lives as they received a chance at the American life. Now, the whole family was back together and established their new lives in Denver. Jibowu, as he knows it, calls Colorado home, even though eight years of his early life were spent in Nigeria.

“I was younger so I wasn’t able to create any special relationships there before moving, but my parents still have a lot of connection and family back there. I hope to get back there a few times just to see how the family is doing and how it has changed,” said Jibowu.

The so-called “normal” Jibowu remembers from his life in his home country, is drastically different than what he experiences here. The things many take for granted here are things that others only can dream of having.

“I joke around saying I was raised in the jungle, but growing up in Africa is probably the best thing to ever happen to me. I remember driving around on the bus with my mom and brother and living in a one bedroom apartment and that is something that makes you appreciate what you have now,” said Jibowu.

One moment in particular stands out to Jibowu as he truly realized how different life is in the different parts of the world he has called home.

“One time I was riding home with my mom and there was an explosion. When I was a kid, that was normal to have a bomb go off. I look back on that now and think, that wasn’t normal. If that happened here, it would be all over the news, but back home there it happens and people move on. I feel like sometimes people don’t really appreciate how good we have it here,” he said.

Although Nigeria taught Jibowu many different life lessons, only the United States taught him about his passion for football. When he was in elementary school, Jibowu started playing football at recess, the kind where everyone plays and having fun is the only victory. Soon after, he signed up for flag football when he gained more interest in the sport. It wasn’t until his older brother put on the pads that Jibowu gained the urge to suit up himself and play under the lights.

“Football became something I would do for fun, I didn’t think I was terrible at it so I tried it out. My brother played tackle football before me and I always looked up to my brother. I thought it was the coolest thing that he played. He would always bring home the pads and the helmet and I would try it on and I just thought it was awesome and something I hoped I could do,” he said.
Being a young, mobile kid, football wasn’t the only activity Jibowu went after.

“In high school I played lacrosse and recreational basketball. I even tried wrestling. But, I felt like, in football, I could really use all of my abilities and I could maximize my potential. In basketball I wasn’t the tallest, in soccer I wasn’t the most nimble and in wrestling I wasn’t built the right way so I knew football was best for me,” he said.

Up until his senior year, football was just about having fun and being around friends. Playing collegiate ball never even seemed like an option for Jibowu as he didn’t even realize there was more to college football than Division I. After a few offers came, the possibility became real. Jibowu started to feel the stress of how he would pay for his education after high school, and what options he had.

“I was talking to my dad about it and he said “you are too young to be this stressed out. Let things take care of themselves.” After that I just went out and had fun and played my hardest and now here we are in Hays, Kansas,” he said.

Jibowu credits the coaching staff for his decision to come here and have it be the right fit. With the program trending upward, Jibowu found the timing to be perfect and all the pieces started to fall into place for the Tigers.

“I knew this program was beginning to build into something great. I always wanted to be a part of the building of something as opposed to coming in at the finished product. I had never been a part of a winning program, so that was a big draw for me to come to Fort Hays State,” he said.

One of the opportunities Jibowu took early on at FHSU was the chance to redshirt. Although this step might seem negative, he accepted it as a way to get his feet under him and prepare mentally and physically for his eventual time to happen.

“Redshirting was the best thing for me because I sat behind those older guys and watched them progress and saw how the upperclassmen did it in my position. I also could pick up on the system and really study it, which was a huge advantage. I was able to develop more physically, which helped to avoid injuries and be stronger overall. It truly helped me be more prepared for when it came my time to play,” he said.

After his redshirt year, Jibowu had a breakout season in 2015, his first time competing on the field. He was an All-MIAA performer, started all 12 games for the Tigers as a defensive back where he accumulated 91 tackles, ranking him 17th in the conference. That season was an eye-opener for Jibowu, as he started to fully understand football at this level.

“The first game at UCO we were down by twenty and that was my first college experience. You watch it on TV all the time with college football where teams are down big and then come back, which is the greatest thing. There is always something crazy going on in college football. You don’t really understand that until you are living it yourself. After that game I was on the field thinking ‘this is actually college football’ and it was a great feeling,” he said.

In his second season on the field, Jibowu didn’t have as strong of a season personally as his first, but the year was not a failure to him.

“I didn’t have as good of a season as I did the year before, but it was the first time we had reached a bowl game and actually won. While personally it wasn’t a better season for me, last season was a better one for the team. As long as the team is successful I am going to be happy. I could have zero stats but if the unit is successful, I am playing my role,” he said.

Now in his junior season for the Tigers, and with success in many aspects under his belt, Jibowu focuses on the season at hand. So far, Fort Hays State is off to a 3-0 start and ranked No. 18 in the latest national poll. Jibowu currently has 13 tackles to his name, along with two pass break ups. The Tigers are outscoring their opponents 114-37 three contests in. The early season success is no surprise to those close to the program, including Jibowu.

“Success is a process. To build success you have to start at the bottom and slowly put it together, which is what Coach Brown has done. You have to go through the tough times to get to the good parts. We really are a group of kids that want to succeed. You don’t just have a good season out of nowhere, it happens in a process,” he said.

With the success and strength of the program excelling with each passing year, the Tigers are poised to have another record-breaking, historic season. The process and building of this program has been apparent to all close to it, but now Jibowu knows everybody else can see that success happening.

“The sky is the limit with this team. I was here when this program was at the bottom and now we are towards the top,” he said. “I try to tell the younger guys what we have built and show them what they can be a part of. You don’t earn respect in one season and we have continued to earn that respect. I want us to fully reach our potential. We have come close while I have been here, but I know we can fully reach it this year.”