Tigers pull away from Bronchos in second half 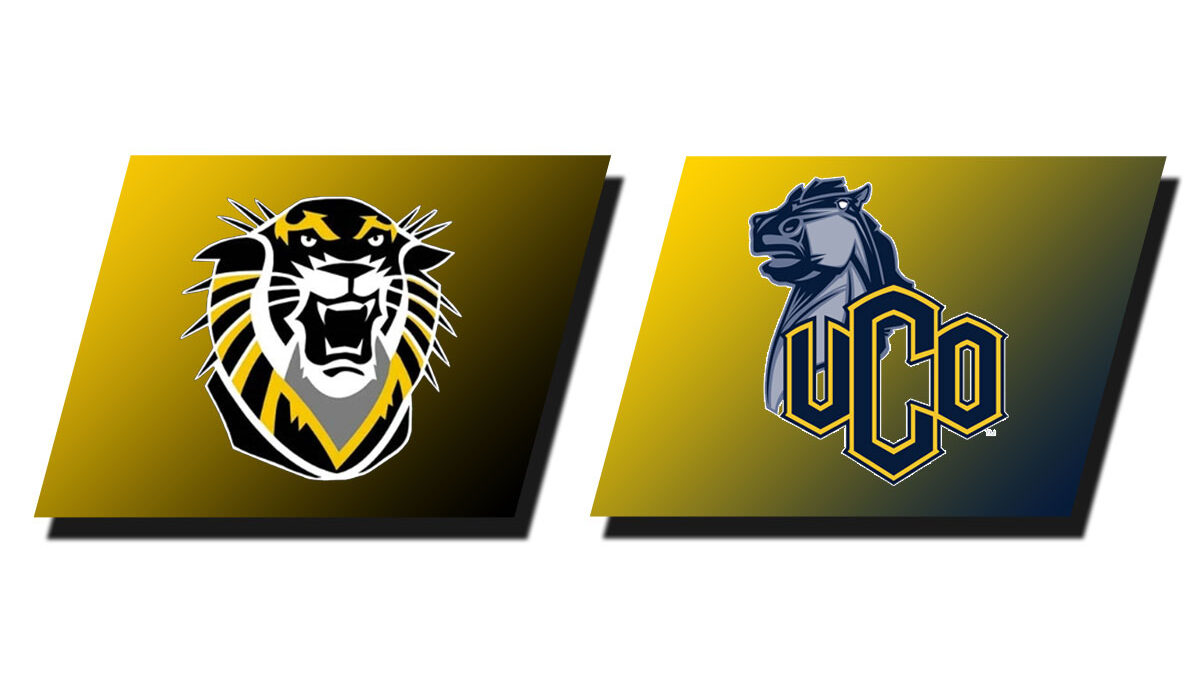 EDMOND, Okla. – Another stellar second half helped the Fort Hays State women’s basketball team pull away from Central Oklahoma Tuesday evening (Dec. 15) inside Hamilton Field House, 81-60. The Tigers improve to 3-0 on the year and 3-0 in MIAA play while the Bronchos dip to 2-3 and 2-3 in league action.

Both teams came out of the gate a little slow, combining for 16 turnovers and a 30.8 percent effort from the floor (FHSU 9-for-25, UCO 6-for-27). The Tigers led 26-24 at the break, with Central Oklahoma sticking around thanks to an 11-for-13 effort at the charity stripe.

But things turned around for the Tigers after the break as they hit 14-of-31 from the floor in the second half (45.2 percent), including a blistering 10-for-16 effort from behind the arc (62.5 percent).

Sydney Golladay opened the sharp-shooting half with a 3-pointer one minute into the third quarter for her first points of the game, helping the Tigers push their lead to seven. UCO was back within two possessions midway through the quarter when Jaden Hobbs and Madison Mittie hit triples within 33 seconds of one another, pushing the Tiger lead into double figures for the first time, 39-28.

UCO answered with a 3-pointer before Hobbs made it three-straight possessions with a Tiger trey. Katie Wagner tallied three points the old-fashioned way later in the frame before another Hobbs triple sparked a big Tiger run. The Alva, Okla. senior hit her third long-ranger of the quarter in the final minute, kicking off a 14-0 FHSU run, its longest of the season.

Madison Mittie kept things rolling for the Tigers over the heart of the final quarter, scoring eight points in just over two minutes thanks to two of her career-best four 3-pointers. The Manhattan, Kan. senior was a perfect 4-for-4 from the floor in the second half, including hitting all three of her 3-point attempts.

Oklahoma native Lauryn Reither joined in on the 3-point barrage late in the game, swishing in her only attempt of the contest. Oklahoma natives Hobbs, Randall and Reither combined to hit seven 3-pointers and score 35 points in the victory.

Hobbs led the team with 19 points, four assists and eight steals after hitting 6-of-8 from the floor and 4-of-5 from behind the arc. Her eight takeaways were the most steals for a Tiger in nearly 16 years when Ashlee Gustin totaled eight steals in back-to-back games against New Mexico Highlands (12/11/04) and CSU-Pueblo (12/16/04).

Mittie added a season-high 14 off the bench thanks to a 4-for-7 day from deep. Randall added 11 points, seven rebounds, two assists and two blocks while Bergmann totaled 11 points, a team-high nine rebounds and two assists, giving the Tigers four in double figures for the second game in a row.

The Tigers forced 21 turnovers in the game and scored 29 points off of those turnovers, while UCO turned 12 FHSU miscues into just seven points. Fort Hays State was outrebounded for the first time this season, 42-33.

After hitting 11 shots from deep on Saturday, the Tigers bested that by pouring in 13 from behind the arc against the Bronchos (13-of-27, 48.1 percent). FHSU finished the game shooting 41.1 percent from the floor (23-of-56), while holding the Bronchos to a 33.9 shooting percentage (20-of-59). Kelsey Johnson led UCO with 22 points, three below her season average.

The Tigers will return to Gross Memorial Coliseum this weekend for two more contests before the mandatory holiday break. FHSU will host Northeastern State beginning at 5:30 p.m. on Friday (Dec. 18) before wrapping up 2020 against Rogers State at 2 p.m. Sunday afternoon (Dec. 20).