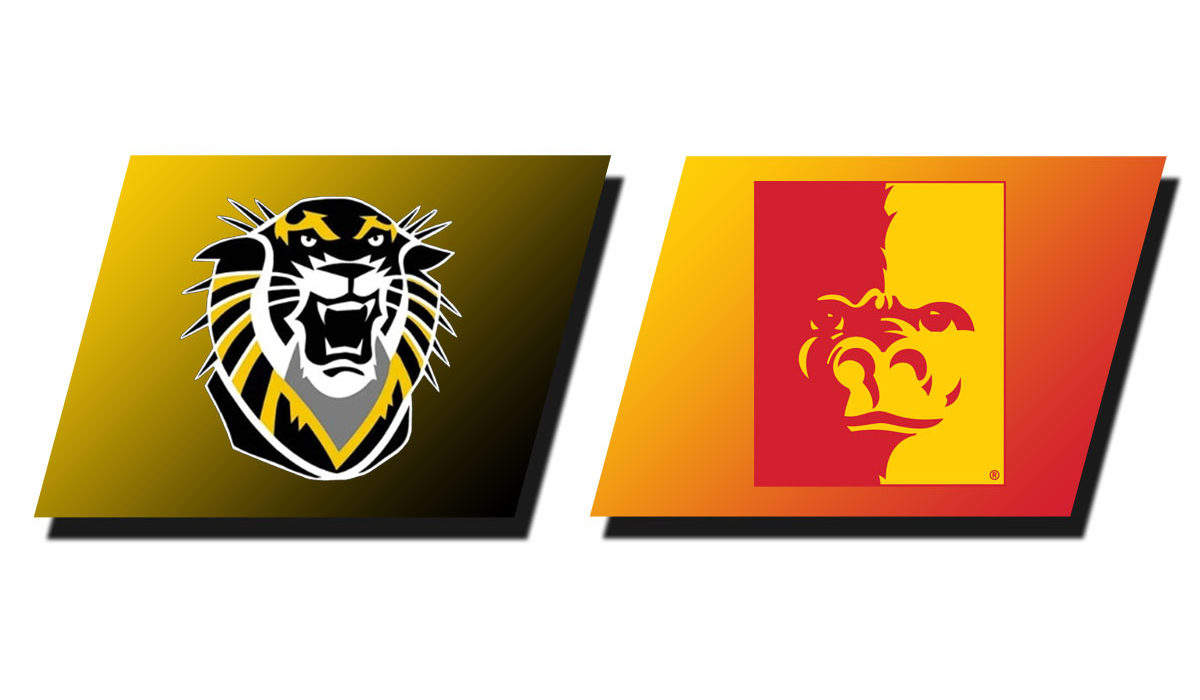 PITTSBURG – Fort Hays State made a late push to pick up a big road win on Thursday night (Feb. 7) at Pittsburg State. Aaron Nicholson hit a driving layup with 4.8 seconds remaining to lift the Tigers to a 77-75 victory. Brady Werth had a huge second half, scoring 17 of his team-high 25 points after the break. FHSU moved to 14-7 overall, 8-4 in the MIAA with the win, while PSU moved to 14-8 overall, 7-6 in the MIAA.

The teams engaged in a tight battle early with neither team gaining more than five points of separation in the first 15 minutes. The Tigers used a 10-2 run from 7:35 to 3:43 on the clock in the first half to build an eight-point advantage of 33-25. However, the Tigers gave away their lead quick by turning the ball over three straight possessions that allowed the Gorillas to make a quick 7-0 burst and get back within one. A Werth jumper broke up the run to push the lead back to three, but an 8-0 burst by the Gorillas in the final 1:06 left FHSU trailing by five at the half, 40-35.

Werth carried the Tigers early in the second half by putting on a clinic in the post, using an array of moves to score the first eight FHSU points after the break. An 8-3 run by Werth against the Gorillas tied the game 43-43 with 17:26 to play. Marcus Cooper put the Tigers up by one, hitting one of two free throws at the 16:49 mark, but the Gorillas took the lead back with a three pointer 15 seconds later.

From that point, the Tigers kept clawing and tied the game five more times before pushing past the Gorillas with 1:31 to go in the game with an old-fashioned three-point play from Werth. A Trey O’Neil three-pointer just a minute earlier tied the game and Werth’s conversion gave the Tigers their first lead in more than 15 minutes.

The Gorillas pulled back within one, but Nicholson drained a pair of key free throws just inside 30 seconds to play to push the lead back to three. It was big because Grant Lozoya, who had a game-high 27 points for the Gorillas, knotted the game with 15 seconds remaining on an off balance three-point shot over two Tiger defenders in the right corner.

It came down to Nicholson, who collected himself near midcourt before taking off on a dribble drive to the basket. He had to hang in mid-air and make a slight adjustment with his body before releasing the game-winning shot with just over four ticks remaining on the clock. Lozoya’s last-second heave from way beyond the 3-point line was long and the Tigers came away with a hard-fought two-point win.

Nicholson finished with 11 points, while O’Neil added 12 all on a 4-of-5 effort beyond the 3-point line. O’Neil also had a team-high six assists. Werth produced the fifth double-double of his career, adding 13 rebounds (ties his career high) to his 25 points. His 12 field goals made was a new career high.

The Tigers remained in fifth in the MIAA standings and take on the team right in front of them Saturday, Missouri Southern, at 3:30 pm in Joplin. The Lions are 18-5 overall and 9-4 in the MIAA. FHSU is just one game back of second place in the conference standings, currently held by Washburn and Lincoln at 9-3.