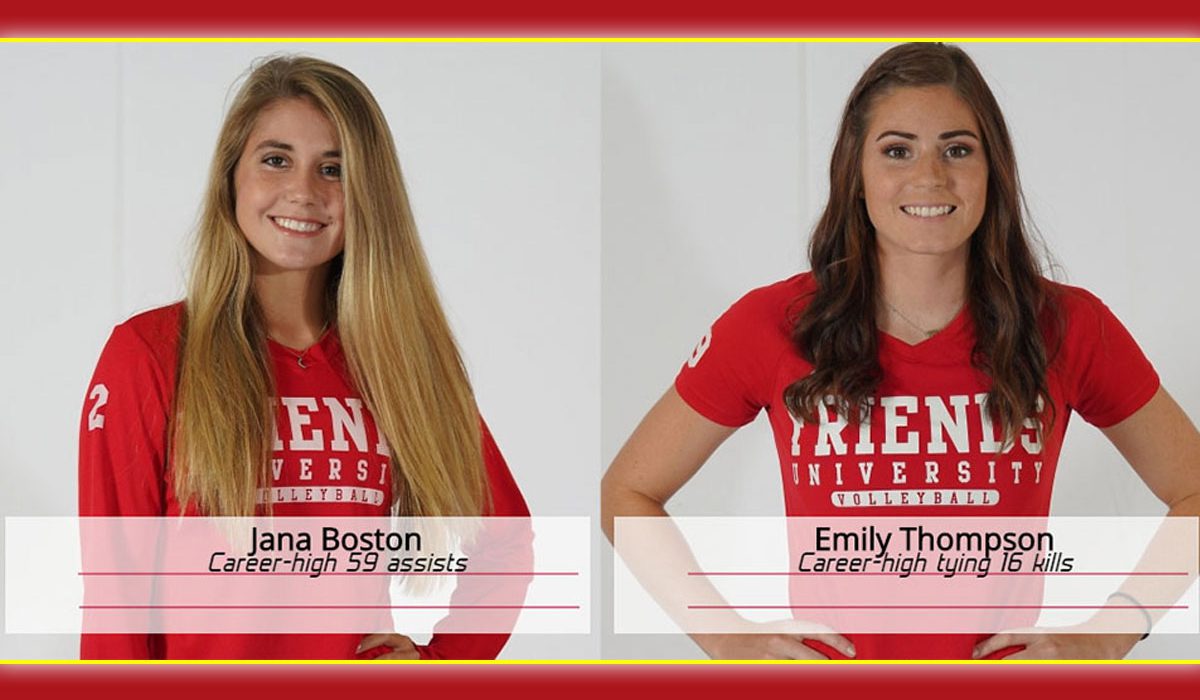 YORK, Neb. – The Friends University Falcons split two outings in a triangular match Friday at York College, falling 3-1 to the York Panthers before rebounding for a dramatic 3-2 victory over the Dakota Wesleyan University Bulldogs in York, Neb. 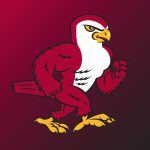 Trailing 10-7 in the decisive fifth set, Emily Thompson hit one of her career-high tying 16 kills to start a run of three straight points that pulled the Falcons even.

After the Bulldogs scored the next two points to create another gridlock, Tiffany Hurd and Madalyn Swinicki each put in a kill to finally give the Falcons the victory 16-14.

The Falcons hit a blistering .500 in the second set win, featuring 16 kills and only one hitting error.

Friends then pulled out to a 19-10 edge in the third set before hanging as a kill by Hunter closed out the frame 25-21.

The fourth frame belonged to the Bulldogs, 25-15 to force the final set.

Thompson wasn’t the only Falcon with a career effort in the win over Dakota Wesleyan, as Jana Boston, the program’s all-time assist leader, continued her torrid season by delivering a career-best 59 assists.

Swinicki finished with 15 kills and Hunter had 14 winners for Friends. Ashtyn Wuthrich led the Falcons with 15 digs and Destani Garten contributed 13 digs.

Rebecca Frick paced the Bulldogs with a match-high 26 kills and Bridgett Knobbe had a team-best 51 assists. Frick also led the way for DWU with 18 digs.

In their first outing against York, the Falcons used three kills from Olivia Naccarato to spark an 8-2 burst to gain separation at 20-15 in the opening set.

The lead for Friends increased to 24-18 when the Panthers scored the next five points to come within one, but an attack error gave the Falcons a narrow victory.

In the second set, it was the Panthers pulling out a tight win by an identical score of 25-23 after scoring the last three points of the frame.

With the fourth set all tied up at 17-17, the Panthers scored four consecutive points and won 25-22 to finish the match.

Hunter led Friends with 15 kills and Jana Boston had 41 assists. Korianna Tullis posted a team-high 16 digs, with Boston and Garten each producing 11 digs.

York was led by 15 kills from Rose Tafaoialli and 45 assists by Kayli Riesgo. Deborah Kurtzer led the Panthers with 15 digs.

The Falcons will next play at Bethany College next Tuesday night (Oct. 23) at 7 pm in Lindsborg, Kan.