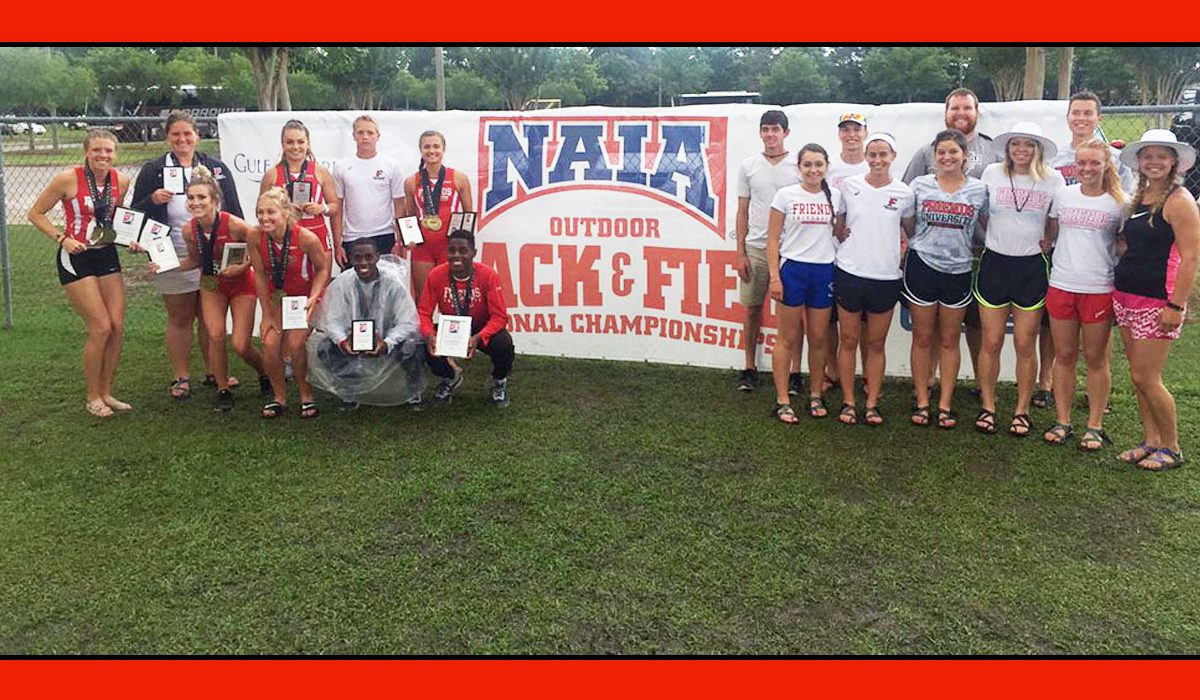 In the individual High Jump final, Baker came through with a National Runner-Up finish (1.74m).

In the 800m, Jacob Clark notched a fourth place finish with a time of 1:51.07 to come away with All-America honors.

Along with Isaac Sprague and Brett Martin, the Clark brothers also fueled the Falcons to a school record and third-place finish in the 4×800 (7:34.92) to achieve All-America status.

Abby Belt started the Falcon All-America performances with a seventh-place showing in the Hammer Throw, recording a mark of 51.56m after entering the event ranked 20th. It represents Belt’s first All-America honor in the final meet of her career.

Kayla Allen ran a school record 26:30.94 in the 5K racewalk to come in fourth for her second career All-America recognition.

Natali Engle earned All-America status by finishing as the National Runner-Up in the 400m with a school record 55.12 and also anchored the squad to the finals of the 4×400 for the first time in school history, breaking the school record by four seconds (3:47.08).

The Falcons then recorded a top five finish in the 4×400 (3:49.15) with the efforts of Engle, Lauren Doll, Kara Simmons and Shelby Hundley.

Engle then garnered another All-America honor by finishing seventh in the 200m (24.82), just 30 minutes after her second place effort in the 400m event.

David Loucks was also an NAIA National qualifier in the Hammer Throw and finished 21st (46.23), with Tyann Isaacs winding up 25th in the Javelin Throw (33.50).

“I am unbelievably proud of this group of athletes, as well as our coaching staff,” Friends head coach Cole Davis said.

“On the national stage this was the most successful track and field year in program history. The women finished fourth indoors and sixth outdoors, while the men finished ninth indoors and 13th outdoors. We brought home 37 All-Americans and four National Champions this season, which are all season bests. Our seniors have been excellent leaders, and they finished their careers on a very high note. It has been a blessing to coach this team, I will never forget this group of seniors.”