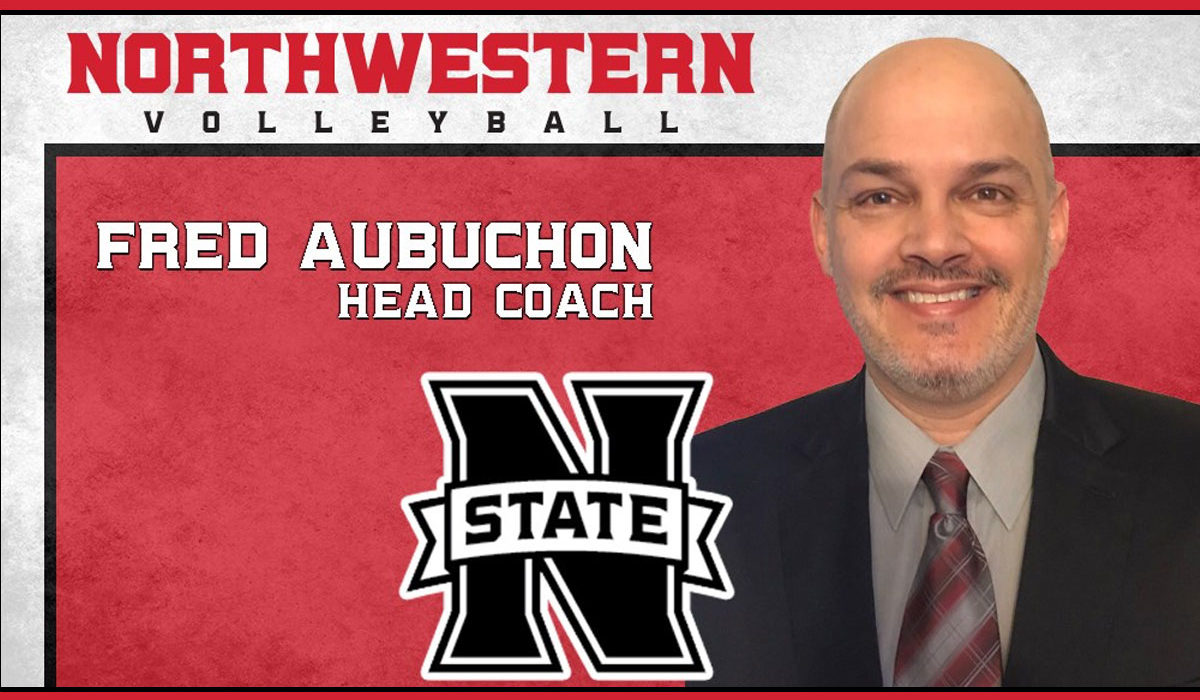 ALVA – Northwestern Oklahoma State University and director of athletics Brad Franz is proud to announce Fred Aubuchon as the next volleyball coach to lead the Lady Rangers.

Aubuchon takes over the up-and-coming Northwestern volleyball program that reached the Great American Conference Championship Tournament the past two seasons. The Lady Rangers finished 18-14 overall in 2018.

“I am very excited about the hiring of head volleyball coach Fred Aubuchon at Northwestern,” Franz said. “The competitiveness of our volleyball program allowed us to attract a proven, long-term winning like Coach Aubuchon, who brings additional credibility to the program. He has all of the academic and personal values we want in a coach: leadership, mentorship and genuine interests in the personal growth and development of each student-athlete.

“Coach Aubuchon and his wife will be great additions to Northwestern and our community.”

Aubuchon takes the reins of the program from Jeremy White, who was named to the head coaching position at NCAA Div. I Southeastern Louisiana earlier this month.

“I have been following the Ranger program for the past few years with more than casual interest,” Aubuchon said. “I didn’t know Jeremy personally, but it is obvious to me he did a great job leading the program the past two seasons and I intend to pick up where he left off. I have been a part of a few programs that needed to be built from the ground up, and I feel strongly this is the not the (case) at Northwestern.”

The new Lady Ranger leader comes to Northwestern after spending the past 10 seasons as the head man at Kansas Wesleyan. Aubuchon is the all-time wins leader at KWU with a career mark of 218-150.

When Aubuchon took over the KWU program in 2009, the Coyotes were coming off a winless season. However, in just three seasons, he turned the program around to finished 27-11 overall and 17-1 in the Kansas Collegiate Athletic Conference, won the KCAC Tournament championship and became a nationally ranked team.

Throughout his career, Aubuchon’s teams won seven regular season conference championships, eight national tournament appearances, 18 20-win seasons, had 89 All-Conference players, 16 All-Americans, nine Player of the Year winners and has been named Coach of the Year 16 times at either the conference, district of regional levels.

A native of Kalamazoo, Michigan, Aubuchon has compiled and career mark of 435-219 at four-year institutions. He closed his NAIA career ranked No. 18 in wins among active coaches.

It isn’t just the work on the court his players have been in which has proven to be successful in, but also in the classroom. Under his leadership, 17 times his team won National Team Academic Awards with the American Volleyball Coaches Association and the NAIA. Five student-athletes received College Sports Information Directors Association (CoSIDA) All-District awards and one was named CoSIDA Academic All-American.

Aubuchon graduated with a Bachelor of Applied Arts in Community Recreation from Central Michigan where he played men’s volleyball, and earned his Master of Education degree from Toledo.

“In meeting with Dr. Cunningham and Mr. Franz this past week, I was able to see the real value of both Northwestern and the Alva community,” Aubuchon said. “I couldn’t be more excited to be a part of NWOSU as we continue to grow in the NCAA, as well as in volleyball, and I’m anxious to begin working with the Ranger volleyball team.”