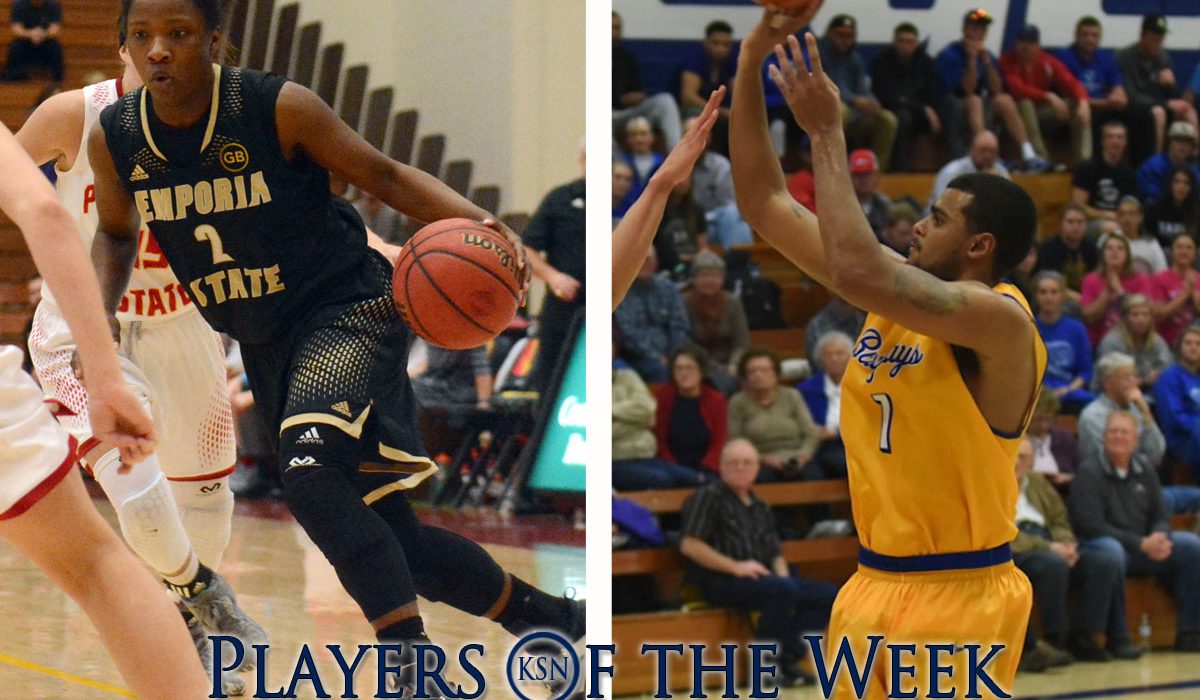 This week’s Kansas college Players of the Week, are Kelly Moten, ESU, and Lance Carter, TC.

Emporia State picked up its third straight win while halting an 11-game streak for Pitt State, winning 78-70 at PSU on New Year’s Eve. In the battle of two Top 5 teams, Moten led the way with a game-high 27 points and game-high seven assists. She also picked up five rebounds and grabbed five steals on the day. Her 27 points moved her into seventh place on ESU’s all-time scoring list.

Recording 24 points, eight rebounds and eight assists is a pretty solid stat line for a game. Carter did that on Friday night. And then did it again on Saturday night. The senior picked up identical stat lines (for those three categories, at least) in back-to-back games and led his team to wins over Oklahoma Science and Arts and Hastings (Neb.) to close out 2016 on a five-game winning streak.