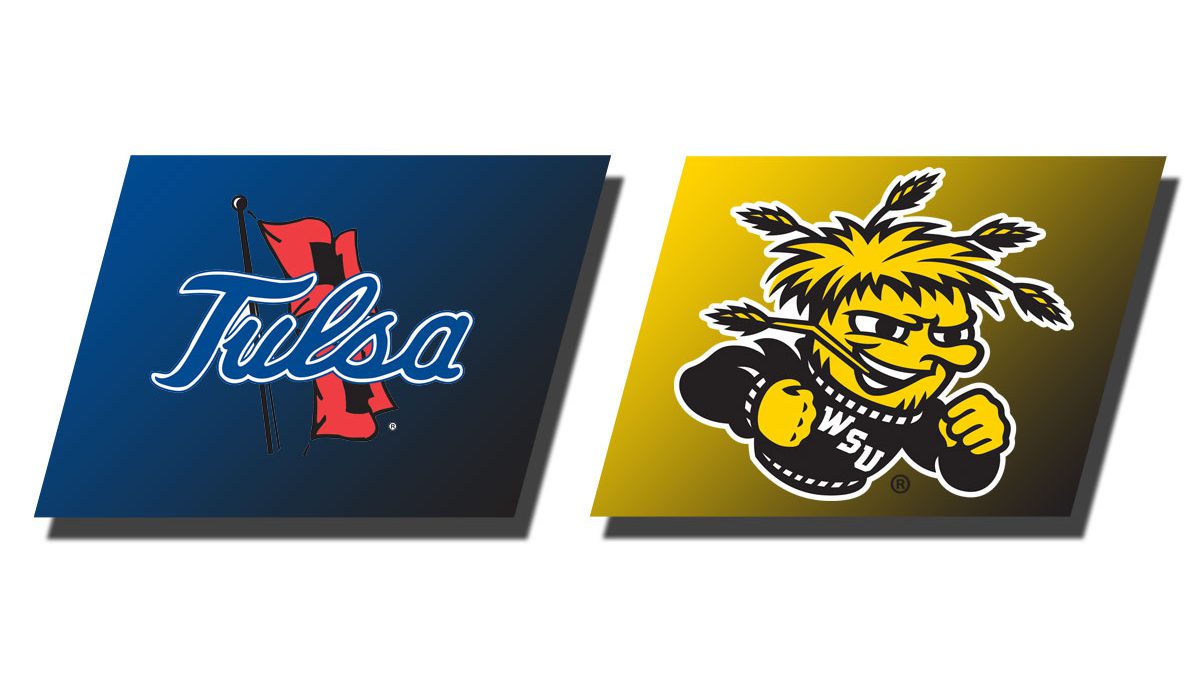 WICHITA – The Wichita State softball team split a doubleheader with Tulsa after run-ruling the Golden Hurricane in game one, 14-5, before falling 3-2 in game two to drop the series and move to 5-4 in The American.

Game One
Bailey Lange got the start in the circle and had her back to the wall immediately. Despite knocking down the first batter, Tulsa followed up with two straight singles to get two on base with a hit by pitch loading them. But Lange responded with a looking strikeout and a Kaylee Huecker – Laurie Derrico put out at second getting out the jam.

Asea Webber, moving up to the two spot in the batting order, got on base after being hit by a pitch with Bailee Nickerson crushing her sixth home run of the season over the left field fence on the first pitch to give the Shockers a 2-0 lead. It quickly became three with Ryleigh Buck doubling to get on base and Paige Luellensingling down the left line to get her home.

Madison Perrigan pushed it to four in the second with a solo home run, her second in two games, over the scoreboard in left field. She doubled into right center in the third to make it 5-0 after Buck had doubled in the previous at-bat.

Tulsa cut the lead to one in the fourth, scoring four runs on four hits with the Shockers finally getting out the inning with a ground out to first base. In the bottom half the Shocker bats dominated with top of the order Mackenzie Wright singling into right field. Laurie Derrico then crushed a two-run home run over left center to push the lead back to 7-4. Buck hit a solo home run two batters later with Paige Luellen singling to get on base after that. Lange singled back up the middle to get two on with Perrigan being hit by a pitch to load the bases. Two walks, a single, double and wild pitch pushed the lead to 14-4 with Tulsa getting a lone run back in the fifth but a smart double play by the Shocker defense ending the game via run-rule.

Game Two
Caitlin Bingham got the start in the circle, knocking down the first two batters but two straight singles and a wild pitch got runners to third and second; a fly out into left field kept Tulsa off the board.

In the second the Shockers took the lead with Buck hitting her second home run of the day, the Shockers sixth, over left center for a 1-0 lead. Luellen doubled the lead immediately with a first pitch solo home run to the exact same spot Buck hit hers in the previous at-bat.

Bingham kept Tulsa at bay all the way until the seventh until a leadoff walk came back to haunt her. A two-run home run tying the game at 2-2 with Hailey Martinez replacing Bingham who threw her longest stint in the circle as a Shocker. Mckenzie Weber then replaced Martinez after two fly outs and a single got two batters down and a runner at first with a stolen base moving the winning run to second. An error on a routine ground out between Wright and Buck got the runner home to give Tulsa the 3-2 lead.

The Shockers attempted the comeback with Perrigan and Lange singling to get two on base and a fielder’s choice moving runners to the corners but a 4-3 ground out gave Tulsa the victory.

The Shockers move to 22-14 on the season, 5-4 in The American, with Weber getting the loss (1-1) in game two and Lange getting the win in game one (12-9).  Wichita State now look to a midweek matchup vs. national powerhouse and last season’s College World Series champions Oklahoma in Norman; first pitch is scheduled for 5:00 p.m. live on Fox Sports on Wednesday.