Tigers pushed to the brink by Threshers, escape in double overtime 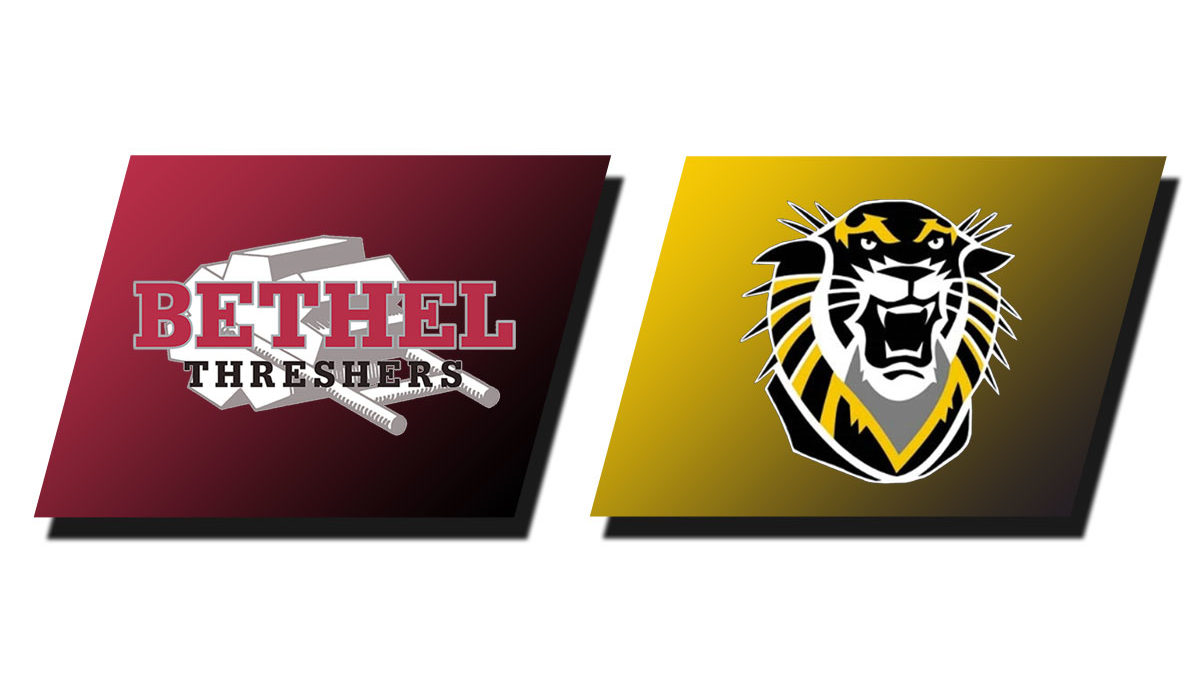 HAYS – Fort Hays State survived a valiant effort from Bethel College (Kan.) on Monday night with a 101-96 win in double overtime. Poor free-throw shooting throughout regulation left the Tigers vulnerable and they needed a layup from Marcus Cooper with six seconds remaining to tie the game at 70-70 and force overtime.

Fort Hays State held a 33-26 lead at halftime and pushed its advantage to 10 points at the 18:43 mark of the second half. However, the Tigers were in a slump at the free-throw line to open the game, missing their first eight attempts before Kyler Kinnamon’s second attempt at the 13:13 mark ended the rough start at the line.

Meanwhile, the Threshers were inching their way back into the game. They used a 14-6 run from the 14:01 mark to the 10:08 mark to take their first lead since early in the first half, up 50-49. The Tigers worked their way back into the lead, holding a five-point advantage with 4:43 to go, but the Threshers countered with an 8-0 run on a pair of 3-pointers and a layup to go up by three with 2:46 remaining.

The Tigers started to counter with a flurry of 3-point field goals, the first by Cooper at 1:51 remaining to tie the game 62-62. An old-fashioned 3-point play put the Threshers back in front by three, but Trey O’Neil stepped up for the Tigers and buried a three with 1:20 remaining. Things looked bleak when the Threshers took a four-point lead with 22 seconds remaining, but Brady Werth knocked down a huge 3-pointer with 15 seconds remaining to get the Tigers back within one. The Tigers caught a break when Terrell Marshall of Bethel hit just one of two free-throw attempts, leaving the door open for the game-tying layup by Cooper with six seconds to go. The Threshers had a 3-point field goal attempt miss from the left wing at the buzzer as the Tigers were able to avoid their first loss to an NAIA school on Mark Johnson‘s watch at FHSU. FHSU entered the game 67-0 against NAIA schools all-time under Johnson’s guidance.

However, it did not get any easier from there. The first overtime period felt like a pair of heavyweights trading blows as the Tigers found themselves trailing by five three times, the latest with 1:22 to go. The Threshers made their first seven shot attempts in the first overtime period to make things extremely difficult for the Tigers to overcome again, yet the Tigers found a way. O’Neil sliced the lead down to two with a 3-pointer at the 1:02 mark, then following a turnover by the Threshers, Werth pushed the Tigers into the lead with another 3-pointer at 40 seconds remaining. Kyler Kinnamon hit one of two free-throw attempts before Jaylon Scott, who had 28 points and 15 rebounds for Bethel, hit a game-tying shot with 16 seconds remaining. The Tigers missed a shot attempt with six seconds remaining and Bethel missed a desperation 3-point attempt from near half court that hit the front of the rim as time expired. On to double-overtime the game marched, tied 86-86.

Scott continued to pour in points for the Threshers early in the second extra frame, hitting a pair of free throws and then a 3-pointer. That pushed Bethel back into the lead by three with 3:27 remaining. However, it was the last time the Threshers would enjoy a lead. Werth erased the lead moments later with a 3-pointer at the 3:13 mark to tie the game once again. Kinnamon pushed the Tigers into the lead with a layup at the 2:33 mark. After Bethel hit one of two free throws, Aaron Nicholson pushed the Tiger lead to three with a layup. Bethel turned the ball over and then Kinnamon hit a pair of free throws with 50 seconds remaining to extend the lead to five. The Threshers pulled within two twice more, but a pair of Kinnamon free throws sealed the game with eight seconds remaining, putting the Tigers up 101-96.

While FHSU struggled to just 55.9 percent shooting from the free-throw line on the night (19-of-34), Bethel used the charity stripe to its advantage where it went 36-of-48 (75 percent). The Threshers outscored the Tigers by 17 at the line, but the Tigers were able to counter with nine more field goals than the Threshers, including four more 3-point field goals (12 overall) to offset the disparity at the line.

The Tigers moved to 7-3 overall on the season by escaping with the win. FHSU gets one more non-conference test from an NAIA opponent on December 30 when McPherson College comes to Hays for a 4 pm tip. That will be the final non-conference game of the year for FHSU before returning to MIAA play for the remainder of the season.