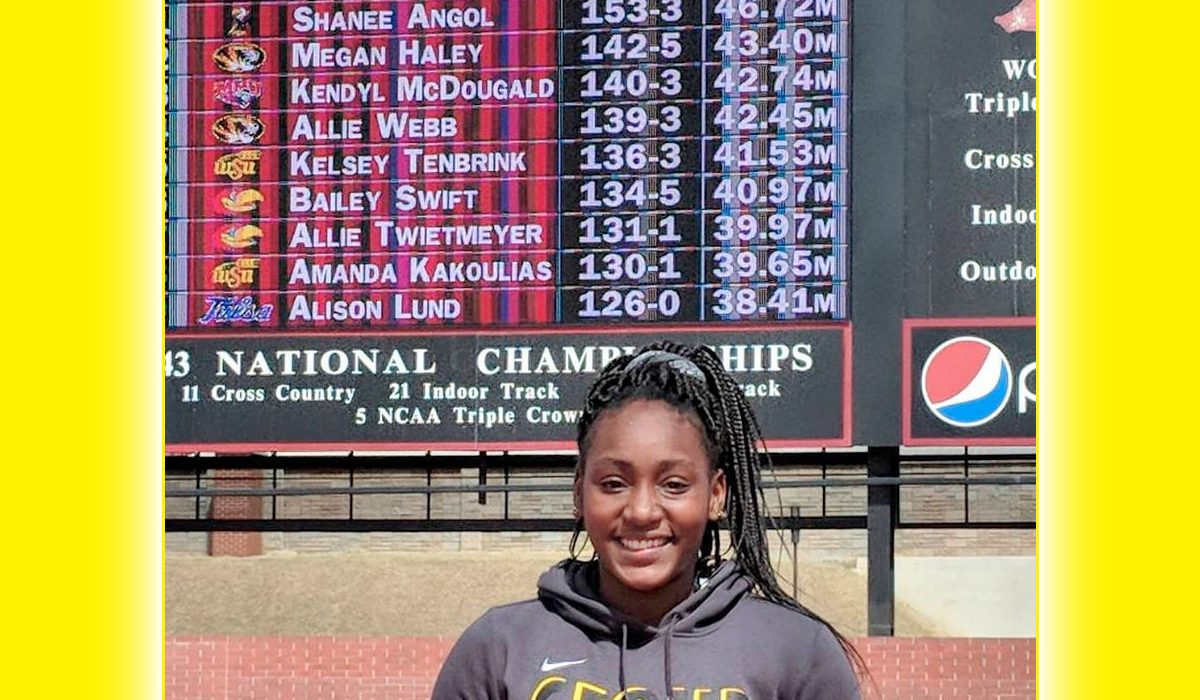 FAYETTEVILLE, Ark. — The Cloud County Community College track and field teams received a handful of standout performances Friday and Saturday at the Arkansas Spring Invitational against opponents ranging from the NJCAA to NCAA Division I ranks.

Freshman thrower Shanee Angol set a school record in the women’s javelin and rolled to an event win after a throw of 153-feet, 3-inches. Angol’s tossed topped the previous record of 148’6 by Jodi Kruse in 2002, and was nearly 11 feet farther than Missouri’s Megan Haley in second place.

Sophomore distance runners Moses Dirane and Thobile Mosito, the top NJCAA men’s steeplechase finishers at the national meet a season ago, went first and second in the event on Saturday in the duo’s first appearance in the event for 2018.

Dirane, the defending national champion, crossed the finish line with a time of 9:25.36, just edging Mosito at the stripe as Mosito finished in 9:25.81. Dirane’s championship winning time last season was 9:18.99.

As of Saturday evening’s results, Dirane and Mosito have posted the two fastest men’s steeplechase times among NJCAA runners this spring.

Cloud County also had five additional top-5 finishers over the weekend as sophomore thrower Gabbreil Harris was runner-up in the women’s discus (154’6”) and added a fifth-place finish in the weight throw (148’6”).

Her freshman teammate Avi Bulai wasn’t far behind in each event as Bulai took seventh in the discus (135’1”) and ninth in the weight throw (136’4”).

Sophomore Vashon McCarthy produced another strong performance by a Cloud County thrower on the men’s side as he finished third in the discus with a toss of 156’6”.

Fellow sophomore Stephen Marindich improved upon his national qualifying mark in the men’s 800-meter run, shaving his time down from 1:57.0 to 1:54.16 in Saturday’s final to finish fifth, currently the second fastest time among all NJCAA runners.

Freshmen Murphy Bavinga and Nikki Kraaijeveld rounded out Cloud County’s top finishers in Fayetteville as Bavinga, already a national qualifier in the men’s triple jump, finished fourth over the weekend with a jump of 47’5”.

Up next for Cloud County will be another trip out east as the T-Birds will compete during the three-day Texas Relays, starting this Thursday at the University of Texas in Austin.