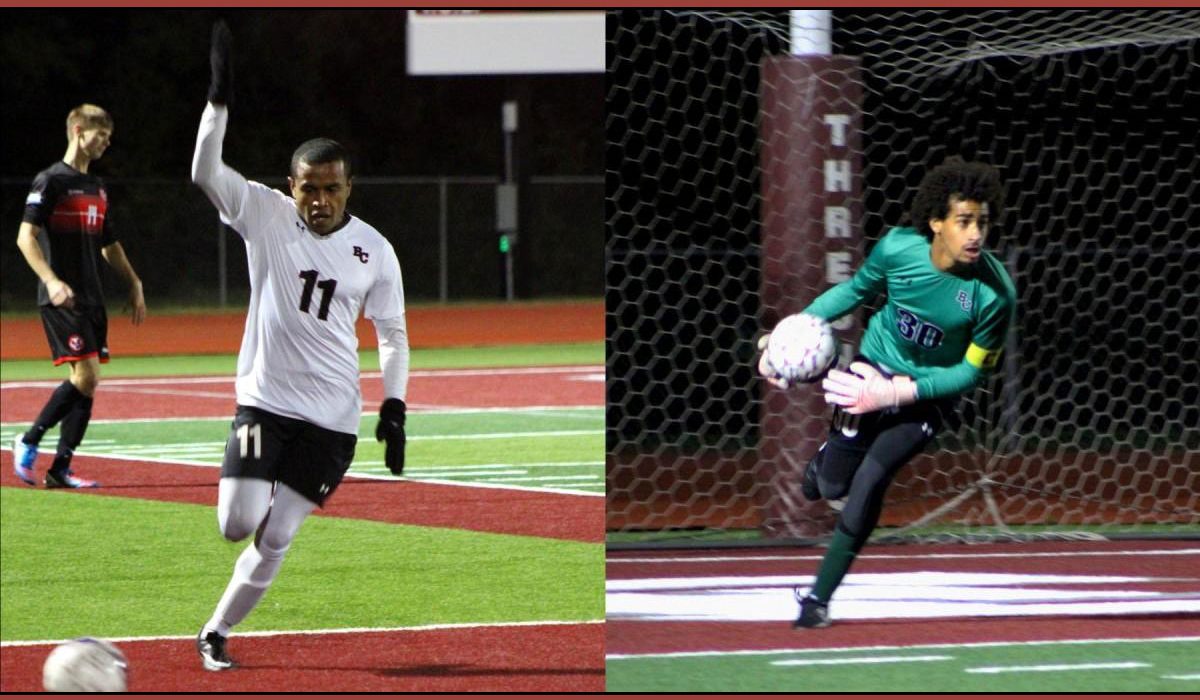 NORTH NEWTON – The Bethel Threshers (0-9-2, 0-4-2) came into tonight still searching for their first victory of the season, and while they will still need to keep looking, Bethel was able to fight through 110 minutes of action and force a 2-2 tie with the McPherson Bulldogs (2-6-3, 2-2-2). The Threshers were able to score first thanks to the sixth goal of the season from Jose Rojas (FR/Newton, Kan.). Joshua Clay (SR/Escondido, Calif.) recorded an assist on both goals, Kobi Russom (SR/Iowa City, Iowa) tied his career high with 13 saves, and the rest of the Thresher defense held firm in the 2-2 draw.

Kobi Russom began being tested within the first minute by McPherson, as he showed a full array of moves and athleticism in his 13 total saves on the night. Russom was able to record a clean first half with five saves, allowing for Bethel to take the advantage with their own offense.

With the Bulldogs bullying their way into Thresher territory often and keeping possession of the ball, Bethel’s opportunities wound up being few and far between, but the Threshers still found a way to cash in. The first of these came in the 23′ minute, as Joshua Clay found an open Jose Rojas towards the goal. Rojas struck one past the Bulldog goalkeeper, and his team-leading sixth goal of the season put Bethel on top 1-0. This would be Bethel’s only shot of the half, as the Threshers took their advantage into halftime.

The Bulldogs were able to equalize it in the 47′ minute, and forced Bethel to act once again. The Threshers’ second shot of the game wound up hitting its mark as well. With Joshua Clay slicing and dicing his way past the Bulldog defenders, he passed off to Chris Torres (SR/Denton, Texas) who finished with the go-ahead goal in the 58′ minute.

Russom and his defensemen, including Andrew Goodman (FR/Shawnee, Kan.), Randall Schmidt(SR/Lawrence, Kan.), and Mario Cruz (SR/Victorville, Calif.), played inspired defense as they went up against multiple quick and shot-happy Bulldog attackers, fending off most attempts. The Bulldogs were able to again equalize the game in the 76′ minute, which proved to be enough to force overtime.

With the first overtime resulting in only three total team fouls, a second overtime was needed. Russom was tested twice more, and came up with saves 12 and 13. The Threshers caught one final break in the 109′ minute, as the Bulldogs broke free but sent their open shot off the post. With the final shot off its mark, the match’s final minute ticked down and the match ended in a 2-2 tie.

“I’m very proud of how hard my boys worked this evening,” shared Coach James Cottage. “Defending for 110 minutes with that intensity is very hard and they kept their focus and didn’t quit.”