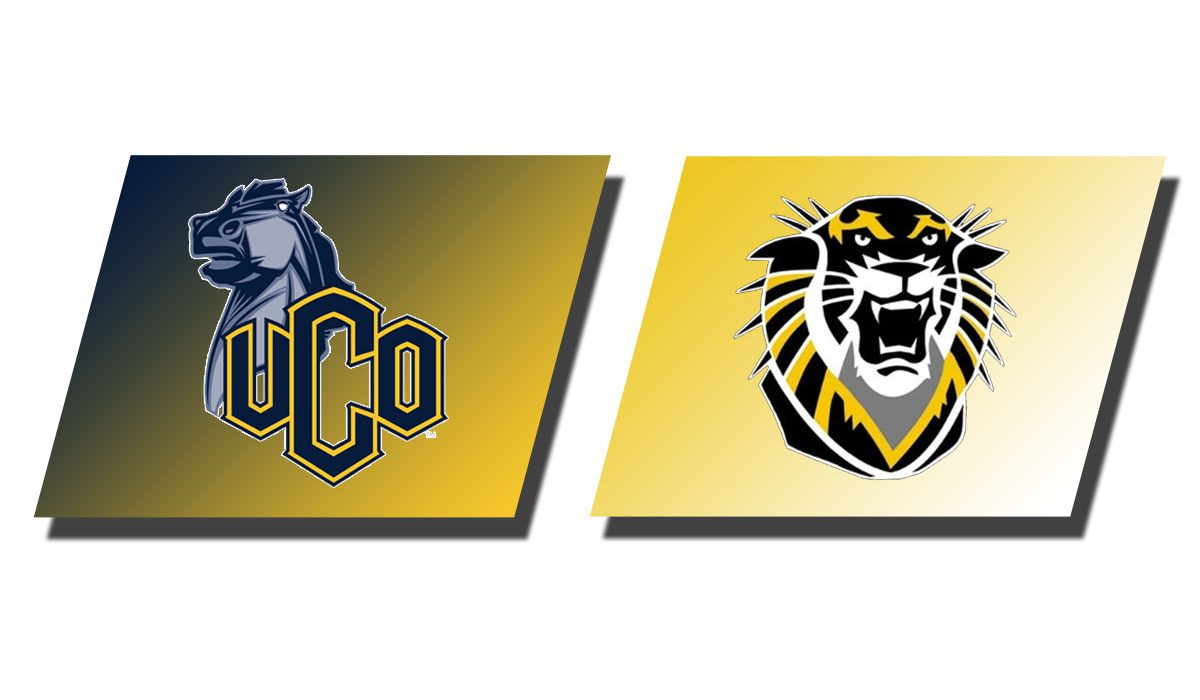 HAYS – After falling 7-1 in the first game of the day, Fort Hays State handed No. 2 ranked Central Oklahoma its third loss of the season with a walk-off win in eight innings by a score of 7-6. The Tigers moved to 14-13 overall, 7-5 in the MIAA with the split, while the Bronchos moved to 29-3 overall and took their first loss in conference play, now 11-1.

Game 1: Central Oklahoma 7, Fort Hays State 1
After holding Central Oklahoma scoreless over the first two innings, Fort Hays State starting pitcher Michaelanne Nelson ran into trouble in the third by allowing a single and two walks with two outs to load the bases. Carli Jones made the Tigers pay for the two free passes in front of her by hitting a grand slam over the right field wall, instantly putting UCO on top 4-0.

The Bronchos tacked on two more runs in the fourth with a pair of RBI singles and then pushed the lead to 7-0 in the sixth with another RBI single. Two of the singles were from JoBi Heath and the other from Bailey Thompson. Jones’ big blast in the third was enough for the Bronchos, while limiting the Tigers to just a single run in the sixth.

Sara Breckbill was the only Tiger to drive in a run in the first game. Her RBI single in the sixth brought in Terran Caldwell, who started the inning with a double followed up by a single from Katie Adler.

Bailey McKittrick held FHSU hitless over the first 4.1 innings, allowing just a walk and a hit batter to that point. Jeni Mohr broke up her no-hit bid in the fifth with a single to the left side, beating out the shortstop’s throw at first base. The Tigers started to solve McKittrick further in the sixth with three hits, which was a precursor to good things that happened late against her in game two. McKittrick moved to 15-0 on the season with the win, allowing one run on five hits with seven strikeouts.

Nelson moved to 5-7 on the season with the loss. She allowed seven runs on 11 hits and seven walks. She struck out four. Megan Jamison picked up the final three outs for the Tigers in the seventh, allowing a hit with a strikeout.

Game 2: Fort Hays State 7, Central Oklahoma 6 (8 inn.)
Fort Hays State took an early 2-0 lead in game two, but had to come from behind twice to defeat nationally ranked UCO in game two. The Tigers outhit the Bronchos 16-7, but overcame fielding and baserunning mistakes to win 7-6 in walk-off fashion on a hit to the wall by Sara Breckbill in the eighth inning.

A fielding error by the Bronchos extended the first inning and the Tigers made them pay with back-to-back RBI singles from Bailey Boxberger and Elise Capra. However, with the 2-0 lead, FHSU starting pitcher Hailey Chapman struggled with command in the second and a pair of wild pitches led to UCO scoring a pair of runs to tie the game with two outs in the inning. UCO then jumped in front 3-2 with an RBI double.

The Bronchos helped the Tigers out further in the bottom of the second when a throwing error allowed a run to score with just one out in the inning. The Tigers could have taken the lead on a grounder to the right side of the infield with runners at first and third, but a base-running blunder turned into a double play and left the score knotted at 3-3.

The Tigers found themselves in a hole once more when UCO plated three more runs in the third. Game-one nemesis Carli Jones struck again with a two-run homer to right field, nearly in the same location as her game one grand slam, giving UCO a 5-3 lead. The lead moved to 6-3 when a throwing error to first base with two outs allowed another run to score.

After a rough pair of innings, Chapman settled in to hold the nation’s seventh-best hitting and eighth-best run scoring team scoreless over the final five innings. That allowed FHSU to claw its way back with a pair of runs in the bottom of the third and a single run in the fifth to tie the game 6-6.

In the third, Breckbill led off with a single and then Boxberger backed it up with a double. That chased UCO starting pitcher Sydney McLeod from the game. Against reliever Lauren Gibson, Allison Jurgensen came up with a two-RBI single to cut the lead to 6-5. Jurgensen delivered again in the fifth with a bloop RBI-single down the right field line that scored the tying run.

Chapman allowed only two hits over her final five innings in a complete game effort. She got out of jams with runners at third in both the sixth and eighth innings to give the Tigers a chance to win. They finally seized that opportunity in the bottom of the eighth off game-one starter Bailey McKittrick, who entered the game to pitch at the beginning of the inning. A well-placed infield single by Terran Caldwell to the left side started the rally. She moved to second on a sacrifice bunt by Katie Adler. After Grace Philop flew out to center field, Breckbill gave the Tigers a victory with a laser shot over the left fielder’s head that plated Caldwell from second. It also gave McKittrick her first losing decision of the season in the circle.

Chapman moved to 8-6 overall with the win. She allowed seven hits and six walks, while striking out nine. The last of her strikeouts stranded UCO’s potential go-ahead runner at third to end the eighth inning. Five of her six runs allowed were earned.

Tiger Notes
-FHSU picked up its first win over a ranked team in over three years. The last was a 5-1 win over a No. 20 ranked Augustana squad on February 19, 2016.
–Bailey Boxberger went 4-for-4 at the plate in game two of the doubleheader.
–Allison Jurgensen drove in the most runs for the Tigers in the 7-6 win with three.
–Terran Caldwell went 5-for-7 at the plate over the two games, including a 4-for-5 effort at the plate in game two.
-Central Oklahoma’s only other losses this year were to non-conference opponents Texas A&M-Commerce and Augustana.
-Fort Hays State now has three walk-off wins this season, two on hits by Grace Philop and now one by Sara Breckbill.

Up Next
Fort Hays State will remain at home for the next pair of conference doubleheaders. Missouri Western comes to Hays on Saturday, April 6 and then Northwest Missouri State is in town on Sunday, April 7. Both doubleheaders are scheduled for 12 pm.