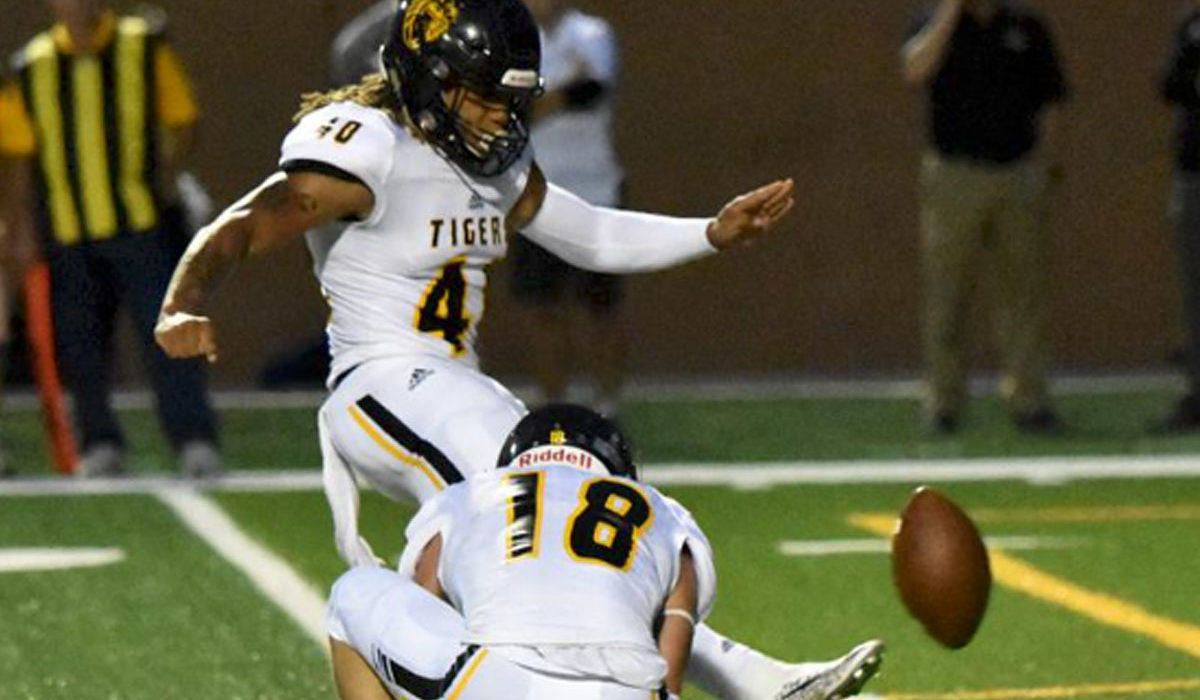 Dante Brown, stellar kicker and punter for the Fort Hays State Tigers, has been named the Special Teams Player of the Year for NCAA Division II, according to the Don Hansen Football Committee.

Brown earned one of the top honors given by the committee, following a fantastic season. The junior has already been recognized as an All-American twice this postseason (D2CCA and D2football.com). Brown averaged an NCAA-best 2.33 field goals per game and his 28 made field goals set a new MIAA record.

In all, 10 from Kansas schools made the roster.

He was listed on the First Team All-America as a kicker and joined there by teammate, senior linebacker Jose Delgado and Washburn senior cornerback Corey Ballentine.