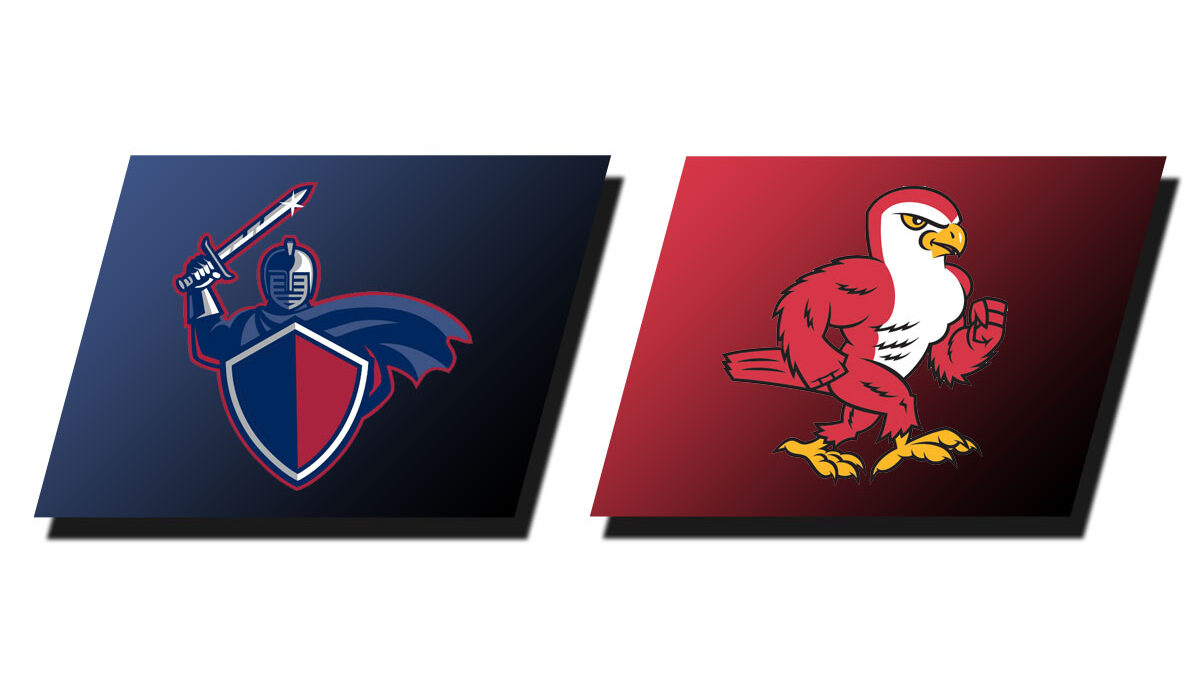 WICHITA, Kan. – Trey Reid (FR/Wichita, Kan. ) and Ian Konek (JR/Long Beach, Calif.) made sure the Friends University Falcons went into the upcoming Christmas break in grand fashion with career performances that fueled an 87-73 victory Monday night over the Sterling College Warriors inside the Garvey Center.

It was both Reid and Konek that allowed the Falcons to take command with a big run midway through the first half.

With the Falcons on top by five at 22-17, Konek caught fire and hit three treys that were sandwiched around a three from Reid to anchor an 11-0 burst that stretched the lead to 16 with 9:34 left in the opening stanza.

After Derrian Reed (seven points) and Daven Dunbar (six points) teamed up to lead a 17-5 spurt that pulled Sterling within four, a three-point play and another three from Reid helped the Falcons take a 45-38 lead into the break.

Reid then picked back up quickly in the second half with a three to make it a double-figure lead again, but Sterling responded as a three by Colby Baker capped an 11-1 run and brought the Warriors within one point, the closest they’d been since it was 9-8 at the 15:49 mark of the opening half.

Konek answered with a layup and two free throws and Reid connected again from the perimeter to help the Falcons regain a seven-point lead of 58-51 at the 13:16 mark.

The Falcons continued to fight off the Warriors from that point and eventually took their largest lead of the second half after threes by Konek and Reid and a dunk from Jordan Gary (FR/Decatur, Ga. ) made it 75-60 with 5:16 left.

“That was such a great way to end the semester and go into Christmas break!” said Friends men’s basketball head coach Austin McBeth. “What an unbelievable performance from Trey Reid. He was so steady and played 40 minutes! I’m extremely proud of him, it was also great to see Ian respond after struggling to help us offensively down the stretch”

Konek equaled his career-high with 32 points and also pulled down eight rebounds, while Reid poured in career-best totals of 31 points and seven threes on the night. Tim Barbieri (JR/Abilene,Kan. ) and Drew Patterson (FR/Charlotte, NC) also got in on the fun, with Barbieri posting a career-high double-double of 11 points and 11 boards and Patterson dishing out a career-best eight assists for the Falcons (4-11, 3-6 KCAC).

“Tim made some great plays on both ends when we were struggling, and it kept us in it,” McBeth said.

Reed paced the Warriors with 20 points and nine rebounds, with Jalen Jackson chipping in with 15 points off the bench. Baker added 13 points for Sterling (2-13, 0-9 KCAC).

The Warriors produced a 43.3 shooting percentage (13-of-30) in the opening half before the Falcons clamped down and held them to just 32.4 percent (12-of-37) in the second stanza.

The Falcons will now take time off for Christmas Break before returning to action on Dec. 29 for an exhibition contest at NCAA D-II member Missouri Western State University out of the MIAA conference. Tip-off will be at 3 pm in St. Joseph, Mo. The next KCAC tilt for the Falcons will be Jan. 5 at Tabor College.

“Our guys are going to get some much needed rest and regroup to finish the season strong!” McBeth said.