ESU comes from behind to defeat FHSU 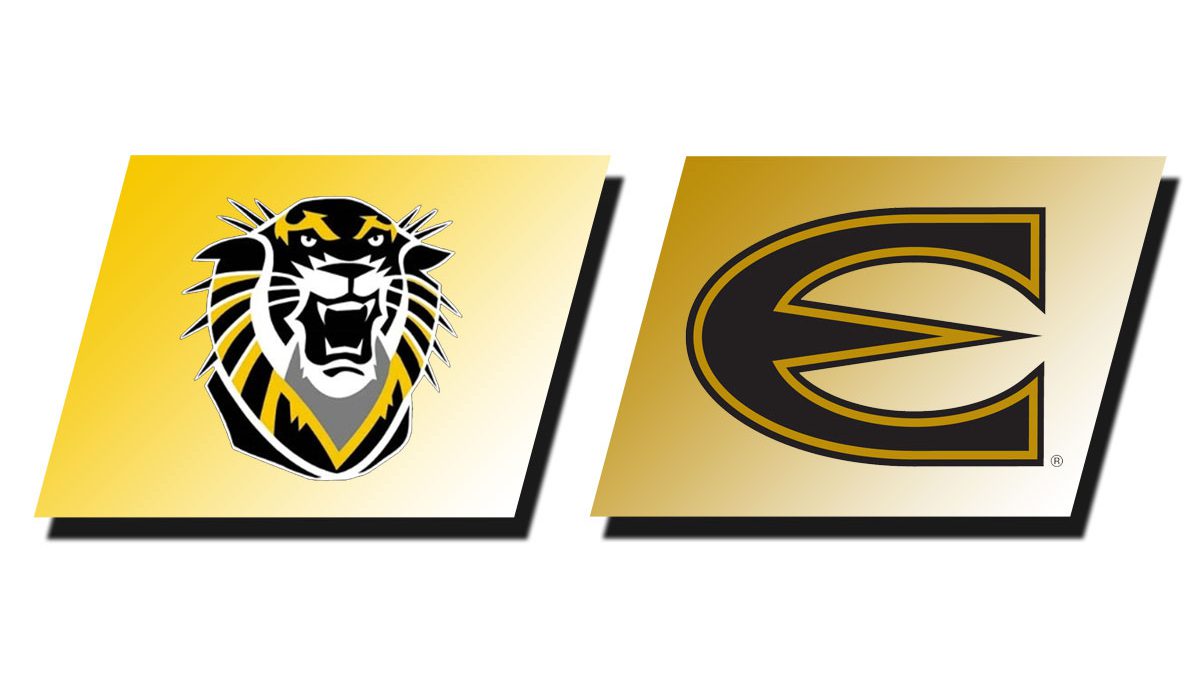 EMPORIA – Emporia State forced four turnovers in the game and scored 21 fourth quarter points on the way to a 28-24 win over No. 18 Fort Hays State on Saturday afternoon on Jones Field at Welch Stadium.

Fort Hays State took the opening kick off and went 69 yards in four plays to take a 7-0 lead just 2:15 into the game.  On their possession the Hornets only gained 38 yards on 13 plays and turned the ball over on downs at the FHSU 34 yard line.  The Tigers then drove down to the Hornet one yard line before Gary Woods forced a fumble at the one yard line.  That was as close as either team would get the rest of the half until Dante Brown missed a 52 yard field goal as time expired to send the teams to the locker rooms.

The Hornets got the ball coming out of the half and Braxton Marstall connected with Tyler Harris on a 72 yard touchdown on the first play from scrimmage to tie the game at 7-7.  The Tigers answered with an 11 play, 70 yard drive capped by a four yard Jacob Mezera touchdown pass to Hunter Budke with 10:58 left in the third.  Emporia State was forced to punt on their ensuing possession to give the ball to FHSU at their own 34 yard line.  After a 37 yard completion from Mezera to Layne Bieberle on first down, the Hornets forced the Tigers to settle for a 46 yard field goal from Dante Brown with 6:36 left in the third to go up 17-7.

On the first play of the fourth quarter Marstall scrambled for a six yard gain and a first down when Connor Shedeed forced a fumble that was recovered by the Hornets Braden Janzen.  Dalton Cowan relieved Marstall on the next play and hit Tyler Harris for a 54 yard touchdown and pulled the Emporia State within 17-14 with 14:32 left in the game.

The Tigers responded with a nine play, 76 yard drive capped by D.J. Hickman’s three yard touchdown run.  Mezera had found Bieberle for a 35 yard completion the play before to get Ft. Hays State in position for the score as they took a 24-21 lead with 5:31 left in the game.

Emporia State answered with a methodical 15 play, 69 yard drive in which they converted two fourth downs and another third down before Marstall hit Reed from 14 yards out with 51 seconds left to put the Hornets up 28-24.

After a pooch kick off the Tigers took over at their own 29 with 47 seconds left.  They drove down to the Hornet 33 yard line before Jahmek Murphy sacked Mezera for a six yard loss on the last play of the game to give the Hornets their first win over a ranked team since a 59-26 win over then #13 Minnesota-Duluth in the 2016 playoffs.

Marstall was 32 of 54 for 289 yards with three touchdowns and added a team high 68 rushing yards on 16 carries.  Harris had a career high 140 receiving yards on four catches with two touchdowns.  Defensively Jace McDown was credited with 12 tackles, three TFL, an interception and a forced fumble while Logan Thompson had ten tackles with two tackles for loss.

Emporia State, now 3-3 on the season, will travel to Central Missouri next week.  Kick-off from Kennedy Field/Walton Stadium in Warrensburg, Mo. is set for 1:00 p.m.

NOTES
With six catches on the day Justin Brown became the Emporia State career leader in receptions with 227.  He passed Jarrett Vito who had 226 from 1995-98.
With his 289 passing yards Braxton Marstall passed Tyler Eckenrode (8,031 yards from 2009-12) for second on the Emporia State career passing chart with 8,052 yards. He is tenth in the MIAA in career passing yards.
This was the second fourth quarter comeback for Marstall this year and fifth of his career.