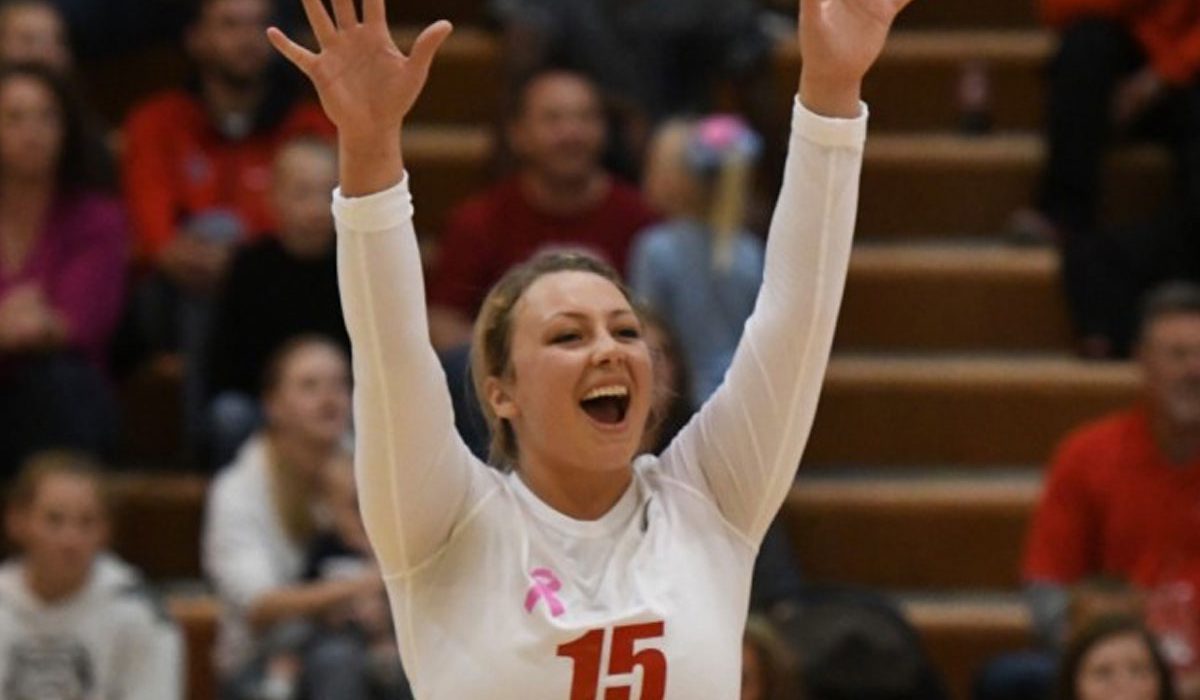 WICHITA – The Friends University Falcons took control early and cruised to a dominating 3-0 victory over the Bethel College Lady Threshers tonight (Oct. 9) inside the Garvey Center.

Hunter, Swinicki and Emily Thompson (SR/Garden Plain, Kan.) each put in three kills in the first frame, including two late winners by Hunter that helped the Falcons take the opening set 25-16.

At 4-2 in the third set, the Falcons’ hustle saved what appeared to be a sure point for Bethel and continued the rally that turned into a kill by JaNay Maggett (SR/Wichita, Kan.).

The next point saw Korianna Tullis (JR/Derby, Kan. ) make a diving dig to keep a point alive that resulted in a block by Swinicki and Tiffany Hurd (SO/Gilbert, Ariz.).

Swinicki then followed that with a kill and an assisted block with Thompson to stretch the Falcon lead to 8-2.

A kill by Hurd and two more winners from Swinicki capped the Falcon run of eight straight points and a commanding 12-2 lead.

After the Lady Threshers later used a 4-0 spurt to come within 13-9, kills by Hurd, Samantha Naake (JR/Woodland, Calif.) and Emily Thompson along with a service ace from Kylee Glahn (SR/Windsor, Colo.) stemmed the tide and the Falcons went on to close out the set and match 25-20.

“Bethel is a much improved team, so it was nice to put all the pieces together for a win at home after being on the road for the past three matches,” Friends head coach Martin Ayin said.

Destani Garten (JR/Pratt, Kan. ) had a team-high 16 digs for the Falcons, with Tullis producing 15 digs.

Jordyn Allen paced the Lady Threshers (5-15, 2-4 KCAC with nine digs and Avery Myatt had a team-best 10 assists. Rachel Bustillos had a match-high 21 digs for Bethel.

The Falcons will next be at Benedictine College Thursday night (Oct. 11) at 7 pm in Atchison, Kan.