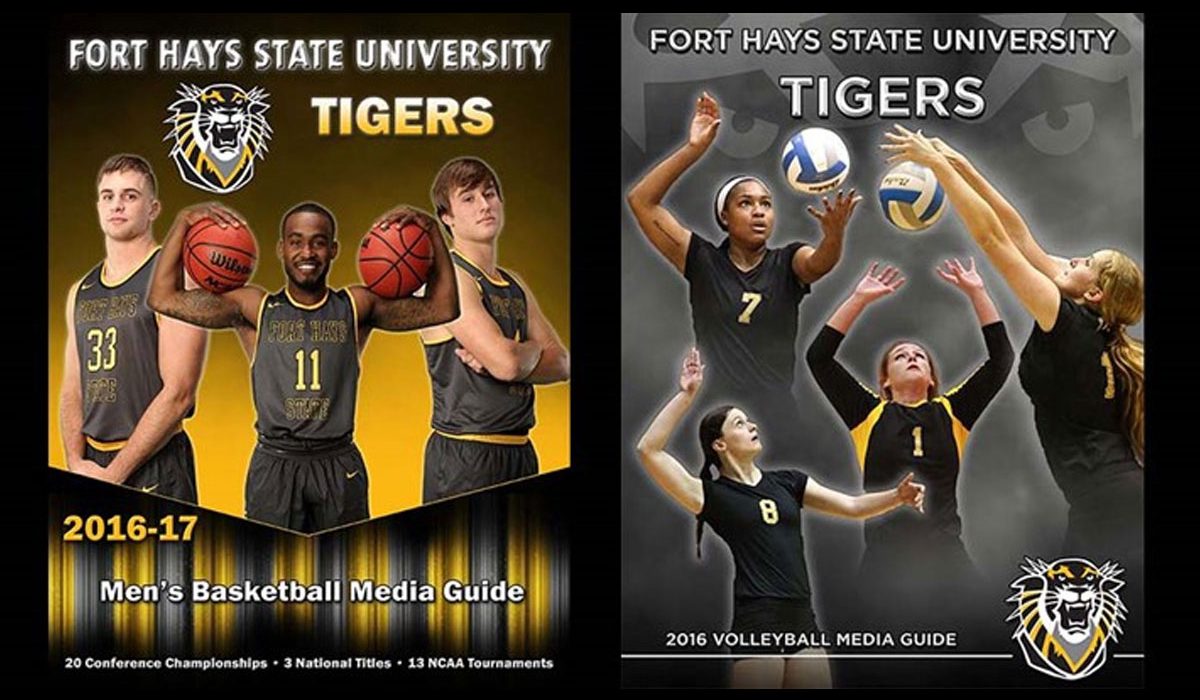 In his career as Sports Information Director at Fort Hays State, Prickett has now amassed 16 Excellence in Publications awards from CoSIDA, all on media guides produced for men’s and women’s basketball, volleyball, and football.

Designing covers of fall sports for the first time in his career, Prickett struck gold with his Volleyball Media Guide cover. With the 15 other Excellence in Publication distinctions going to entire media guides, this was the first time an FHSU media guide cover received the nation’s top honor. Prickett now has five “Best in Nation” honors in his career.

Over the last three years, Prickett and his sports information staff at Fort Hays State have accumulated nine Excellence in Publications honors from CoSIDA. Last year all four media guides (women’s basketball, men’s basketball, football, and volleyball) ranked among the top three nationally. The year prior to that, three of the media guides earned top-three honors. Four of the five “Best in Nation” honors under Prickett have occurred within the last three years.