Friends explodes for 11-1 win to salvage split with McPherson 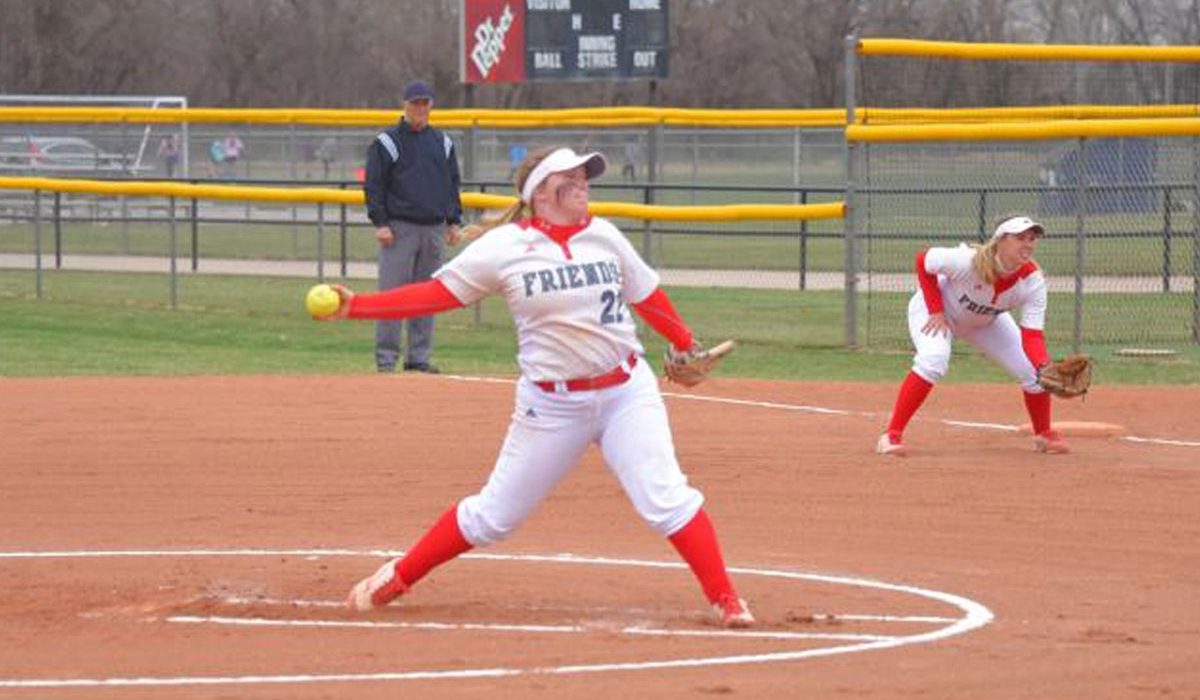 McPHERSON – The Friends University Falcons’ bats came alive in the second game to defeat the McPherson College Bulldogs 11-1 to come away with a split after falling 1-0 in a pitcher’s duel in the opener.

The Falcons’ Maci Walker and Bulldogs’ Christie Betker squared off in the first game and made it tough on opposing hitters, with the only run of the game being an unearned tally for McPherson in the bottom of the sixth.

Walker went six innings and allowed no earned runs and struck out four, while Betker befuddled the Falcons with seven shutout frames and 15 strikeouts.

Breanna Vest and Renee Downey each had two hits in the first game for Friends.

The nightcap was a much different outcome, as the first six Falcons reached in the first inning, capped with a three-run triple by Shelby Belloni that made it 5-0.

Belloni then came home with the sixth run of the inning on a stolen base.

The Falcons had five hits in the first frame, equaling their entire total in the opening tilt.

An RBI single by Downey and run-scoring double from Emily Escobar added to the Falcon lead in the third inning and Gonzalez tripled home Belloni and Kennedy Brunson in the fifth.

Earlier in the inning, Brunson put down a squeeze bunt that scored Moriah Kayhill.

Walker again got the start in the second game and lasted four innings, allowing one run and fanning three.

Heather Breslin then came on and blanked the Bulldogs in the fifth with one strikeout.

Gonzalez and Belloni each had two hits in the nightcap for the Falcons, who are now 15-17 overall and in second place in the KCAC with a 6-2 league record.

The Falcons are next set to host Tabor College Saturday afternoon (Apr. 7) at 1 pm at the Two Rivers Youth Complex.

It shapes up as a matchup between the top two squads in the KCAC, with Tabor currently in first place at 8-2 in the conference.