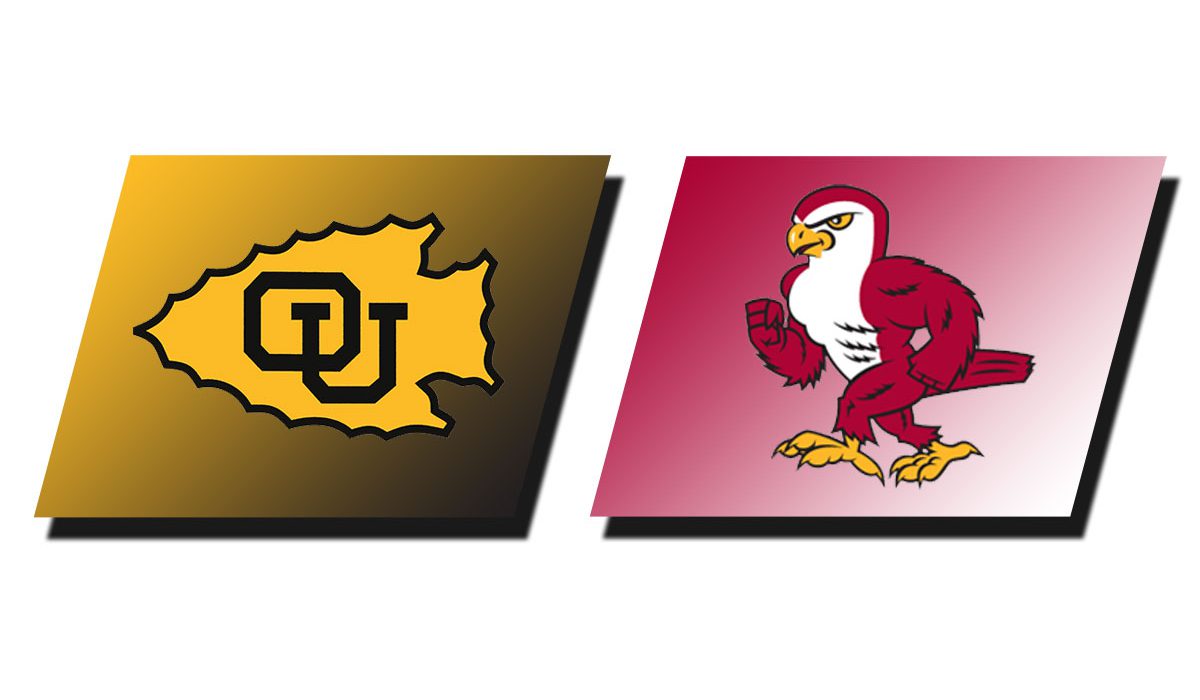 WICHITA – After pushing back their KCAC softball doubleheader one day due to rain, Friends University and Ottawa University were only able to get one game in before weather moved in again Sunday. The Falcons came out the victors, run-ruling Ottawa 8-0 in five innings at TRYC.

Friends (20-5, 3-0 KCAC) used patience and a clutch hit to take a 4-0 lead after the 1st inning. Laykyn Lindsay (SR/Wichita, Kan.) led it off with a single and advanced to second on a sacrifice bunt. Lacey Hudson (SR/Enid, Okla.) walked and the two moved up on a groundout before Vanessa Oakden (SR/Clackamas, Ore.) walked to load the bases. Casady Marlnee (SO/Augusta, Kan.) followed with another free pass for one run and Kailey Jenkins (SR/Wellington, Kan.) cleared the bases with a double to right field.

The Falcons managed just one hit the next three innings, but they didn’t need any more offensive. Heather Breslin (JR/Anchorage, Alas.), starting in the circle, shut down Ottawa (16-14, 0-3 KCAC), allowing a single in both the 1st and 2nd innings, and just a single walk.

Friends was able to end the game early by scoring four more runs in the 5th, with the first five batters reaching before an out was recorded. Sara Gonzalez (SR/Granada Hills, Okla.) doubled to start the inning, Oakden walked and Marlnee reached on a Brave error to load the bases again. Jenkins continued her great offensive day with a single to score one run and another Ottawa miscue allowed a second run to score. Moriah Kayhill (JR/Wellsville, Kan.) bunted for a base hit and wild throw allowed Marlnee to score. After a pair of fly outs, pinch hitter Jessie Guentzel (SO/Caledonia, WI.) ended it with a drive off the fence for the 8-0 final.

Breslin moved to 8-1 on the season, getting her second straight shutout. She allowed just the two hits and one walk with one strikeout on 74 pitches.

Lindsay and Jenkins both had two hits for the Falcons. Jenkins drove in four while Oakden and Marlnee scored twice.

Lightning in the area right after the first game finished forced the teams from the field and rain followed shortly thereafter, making the fields unplayable after storms on Friday as well. Game two will be rescheduled for a later date.

Friends hits the road to Leavenworth, Kan., to take on the University of Saint Mary next on Tuesday, March 28th. First pitch for game one is scheduled for 1:00pm.