Gilliam has historic night for Ichabods in MIAA Tournament 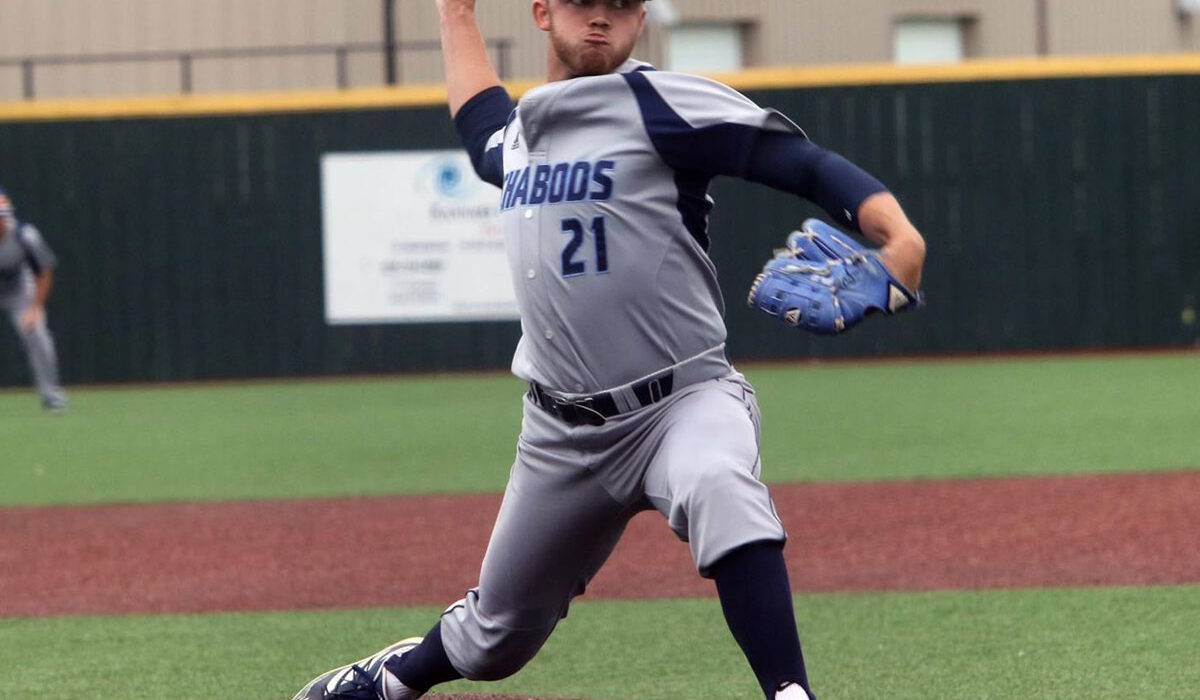 After a 1-2-3 inning to start the game, Gilliam got his first strikeout in the second inning which marked his 101st of the year, breaking Washburn’s single season strikeout record. The record was set 30 years ago by Rick DeHart in 1991, who went on to make 56 appearances in four seasons in the big leagues. Gilliam retired the side in order and added another strikeout to his total.

Cole Emerson sparked the Ichabod offense in the third inning with a leadoff double and moved up to third after tagging up on a fly out. De Leon brought Emerson home an RBI single up the middle to give the Ichabods the 1-0 advantage.

The Gorillas (26-14) answered with one run of their own with a leadoff solo shot in the home half of the third.

Washburn (20-20) broke the tie with three runs and three hits in the fourth inning. Parker Dunn and Brett Ingram hit back-to-back singles to get the frame started and Peter Shearer brought in one run with a double to center field. A sacrifice fly by Kros Bay scored Ingram and moved Shearer up to third. With two outs, Shearer made it 4-1 in favor of Washburn as he beat the play at the plate on a wild pitch.

After getting the first out of the bottom of the fourth with a strikeout, Gilliam made history again two batters later as he struck out Caleb Carr for his 216th career strikeout, the most in program history. The previous all-time career leader was Jake Lenherr, who played from 2003-06.

The Ichabods added an insurance run in the fifth inning when De Leon led off with a double and back-to-back ground outs moved him around the bases and in to score.

That would be as close as things got as Pittsburg State did not advance a runner past second base in the final three innings. Gilliam finished what he started and recorded his third 1-2-3 inning of the night, complete with two strikeouts to end the game.

Gilliam went the distance for the third time this season and improved to 7-2, allowing three runs with zero walks and 10 strikeouts.

Offensively, the Ichabods out-hit the Gorillas, 11-9, and legged out four doubles. De Leon and Shearer both had two hits, scored a run, and drove in a run. Emerson also knocked down two hits and scored once.

With rain in the forecast, the start time for game two on Saturday has been pushed back two hours to 5 p.m. For the latest updates, please check wusports.com or on Twitter @wusports and @IchabodBSB.