Gross Coliseum to receive upgrades with new videoboard and scoreboards 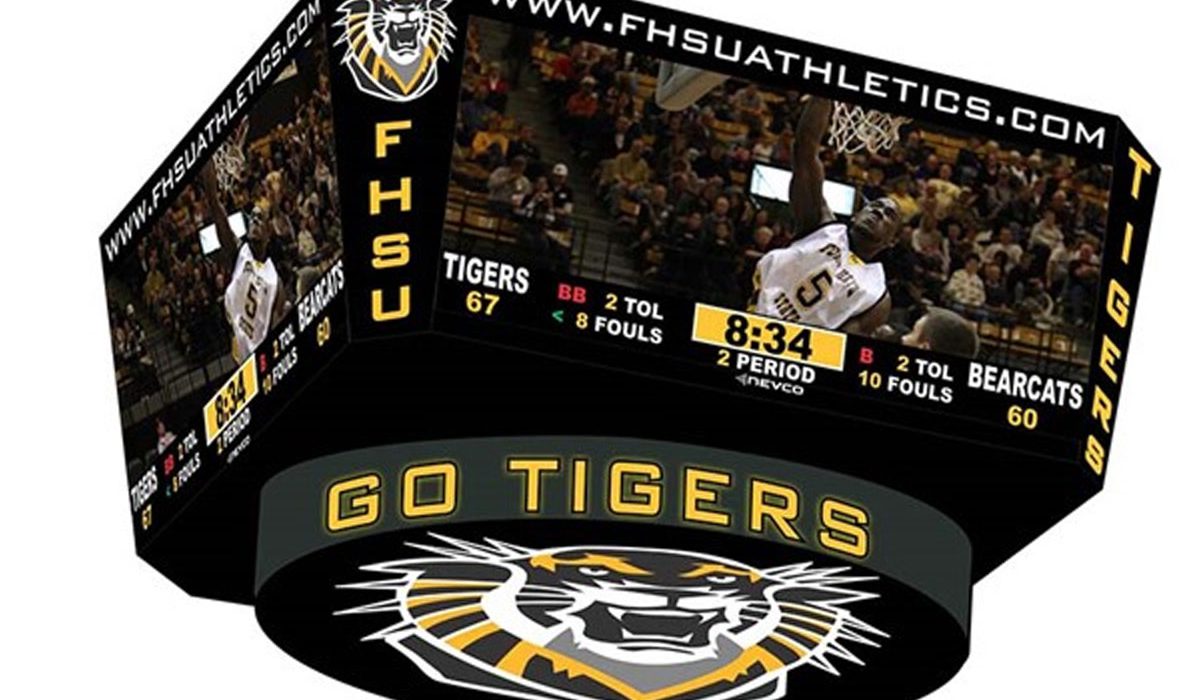 Already named one of the nation’s Top 5 arenas in NCAA Division II by Hero Sports, Gross Memorial Coliseum gameday atmosphere will rise another notch with the addition of the video technology above the floor in the 6,814-seat facility. The new center-hung video board will feature a four-sided, high definition full-color LED display, with all four screens measuring nearly 12 feet wide by 7 feet tall. Just below will be a video ring that is 2 feet tall with an 11-foot diameter. The bottom of the ring will feature the Tiger logo facing the playing floor. The new video board replaces the old center-hung scoreboard that was in operation at the coliseum for over 20 years.

The new boards at Gross Memorial Coliseum will be in place by the time the volleyball team begins practice in the middle of August. The first regular season home volleyball match to feature the new technology is on September 22 when FHSU takes on long-time rival Emporia State.

This is just the first of several video/scoreboard upgrades that will take place in the near future at Fort Hays State. The new track and field facility will see the installation of a results board near the finish line, so fans will be able to see real-time results during the course of meets held at the facility. Then, another massive replacement begins following the 2017 football season with the replacement of the old scoreboard at Lewis Field Stadium with a new video/scoreboard measuring a massive 63 feet wide by just over 36 feet tall. The base of the structure will be 10 feet tall, making the height of the board over 45 feet.

Contact Assistant Athletic Director Matt Cook about advertising opportunities on the board at (785) 628-4429. FHSU Athletics continues to welcome donations for the videoboard project at Lewis Field Stadium, which will be the focus of Live Item #40 at this year’s Tiger Auction and Dinner on August 26. If you are unable to attend this year’s Tiger Auction and Dinner, donations can be made at www.tigerauction.org.