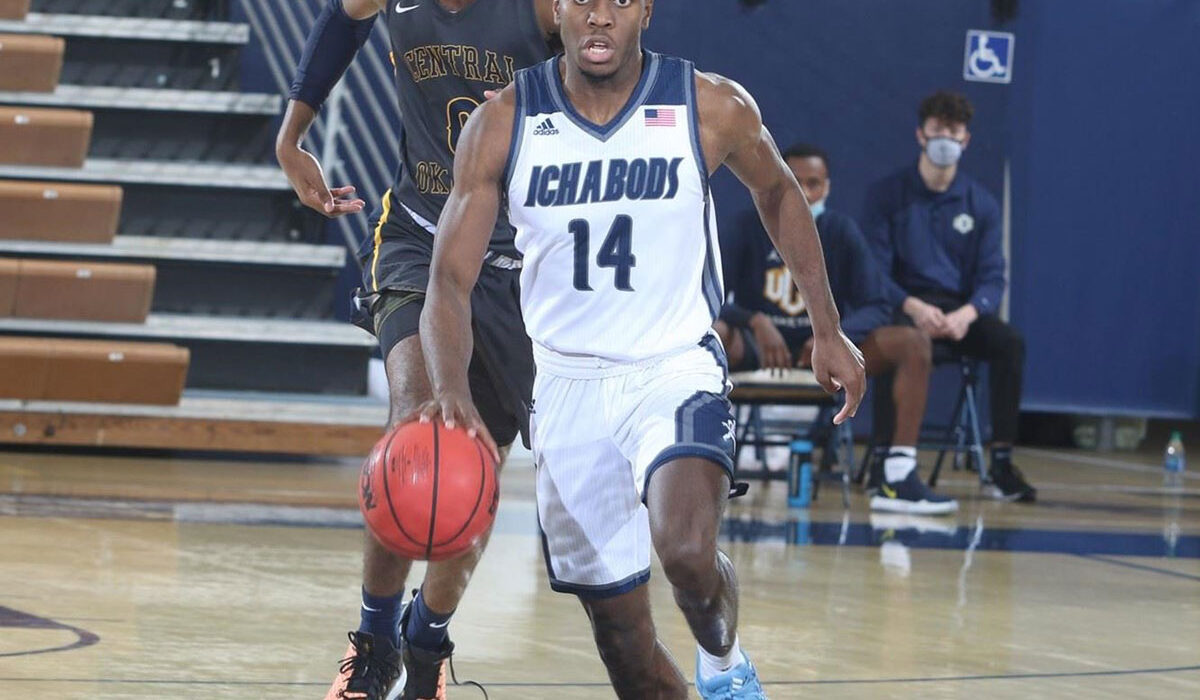 TOPEKA – The Washburn Ichabods rallied from a nine-point first half deficit to a 10-point win in their first home game of the season with an 81-71 over Central Oklahoma Monday night in Lee Arena. The win moved the Ichabods to 36-1 all-time in Lee Arena openers. Washburn will now step out of MIAA play with an exhibition game at No. 6-ranked Kansas on Thursday night in Lawrence before returning to conference play hosting Newman on Saturday.

The Bronchos (0-3, 0-3 MIAA) jumped out to a 22-13 lead midway through the first half capping a 10-3 run stretching the lead to a game-high nine points before the Ichabods scored eight-straight points going onto a 17-3 run taking a 30-25 lead with 4:04 to play in the opening half as six different Ichabods scored during run. A bucket by UCO to end the half sent Washburn up three at 37-34 into the break. In the opening half the Ichabods took advantage of five UCO turnovers scoring 12 of their 37 points off of Broncho miscues.

To start the second half, UCO scored the first seven points of the frame going up four at 41-37 and pushed the lead to as many as five with 13:31 remaining before four 3-pointers in a row by the Ichabods, including three in a row by Tyler Nelson put Washburn back in front 58-54 with 8:30 to go. UCO trimmed the lead back to one at 62-61, but another 3-pointer by Nelson put Washburn up four and a 11-2 run by the Ichabods stretched the lead to 11 with 1:17 to go and UCO would get no closer than six the rest of the way as the Ichabods picked up the win.

Nelson led the Ichabods in his first start of the season with a career-high 23 points going 8 of 10 from the field overall and 7 of 8 from deep. Tyler Geiman had 18 points with six assists, six rebounds and two steals and Connor Deffebaugh had 11 points of 5 of 5 shooting fro the field.

Washburn finished 31 of 63 from he field at 49 percent and UCO was 24 of 52 for a 46 percent average. Washburn hit 13 of 28 3-pointers (46 percent). UCO outscored the Ichabods from the free throw line hitting 17 of 22 compared to 6 of 11 for the Ichabods. Washburn outrebounded the Bronchos 34 to 27 and turned 11 offensive rebounds into 11 points. The Ichabod bench outscored the UCO bench 24 to 18 led by Deffebaugh’s 11 points and then Jace Williams’ seven points and seven rebounds.