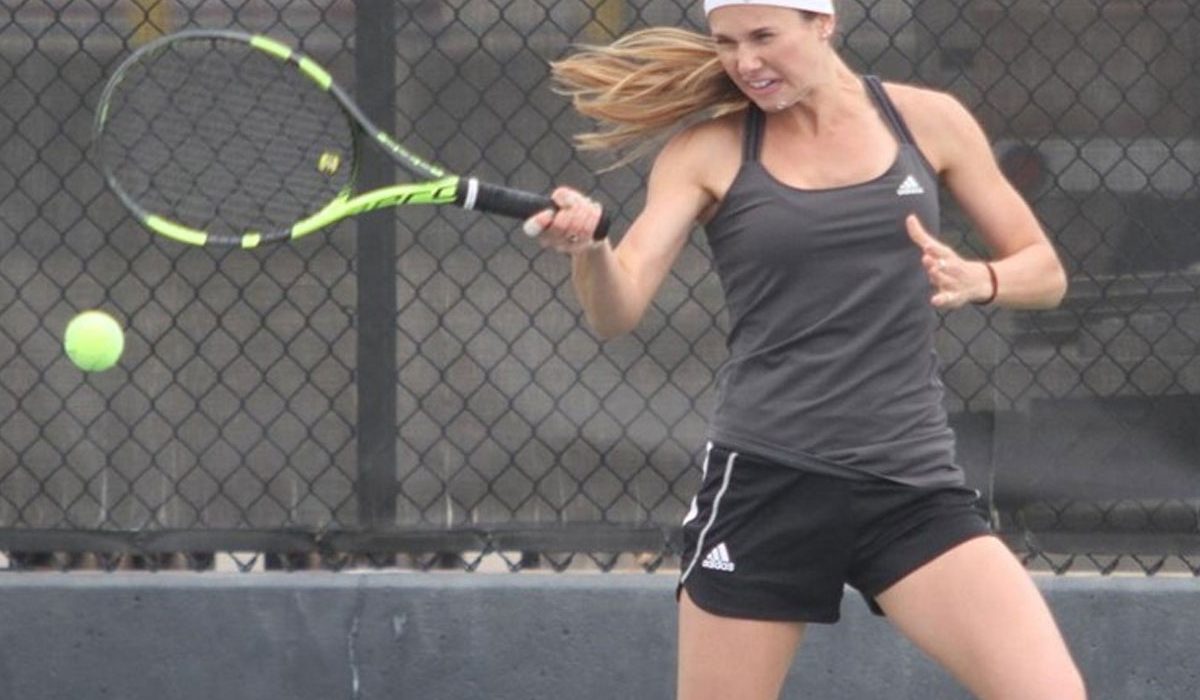 LINCOLN, Neb. — The Washburn women’s tennis team earned redemption in a 5-3 upset of three-seed Central Oklahoma in the quarterfinals of the 2017 MIAA Tennis Tournament.

Washburn got out to a hot start over the third-seeded Bronchos, snatching all three doubles points. Madeline Hill and Jacqueline Engelbrecht notched their 27th victory of the season at No. 1 doubles with an emphatic 8-0 win over Alli Hodges and Alix Williams. Madison Lysaught and MaKenna Gonzales paired up for an 8-3 win at No. 3 doubles. Logan Morrissey and Ally Burr completed the trifecta with 8-5 win on court two to extend the Ichabod lead to three at the start of singles play.

With a three-point advantage in hand Washburn headed into singles play where Central Oklahoma attempted to close the gap with an early win at No. 6 singles. Burr was defeated by Broncho netter Jenny Bond in straight sets 6-2, 6-3.

Morrissey answered the call at No. 3 singles to extend the Ichabod lead to three. After falling in the opening set 6-1, the Washburn netter battled back to take the final two frames with identical scores of 6-3.

Central Oklahoma once again fired back grabbing wins at No. 4 and No. 5 singles to get within one of Washburn. Lysaught was defeated in straight sets at the five spot 6-3, 6-3.

Gonzales was ousted in three sets at No. 4 singles.  After winning the opening frame 6-4, Gonzales dropped the final two frames 6-3, 6-3.

With its first win over Central Oklahoma in over a decade on the line Hill would continue her fight at No. 1 singles. After falling to Broncho netter Alli Hodges in the opening set 6-4, eighth-ranked Hill dominated the second frame and blanked Hodges 6-0. Hill continued her dominance in the final frame ousting Hodges 6-2 and clinching the match for Washburn.

This victory marks the Ichabods first win over Central Oklahoma since the 2005 season and its third win over the Bronchos in nine meetings.

Washburn will makes its first appearance in the MIAA Tournament Semifinals in four seasons against No. 2 Southwest Baptist at 6 p.m. tomorrow.