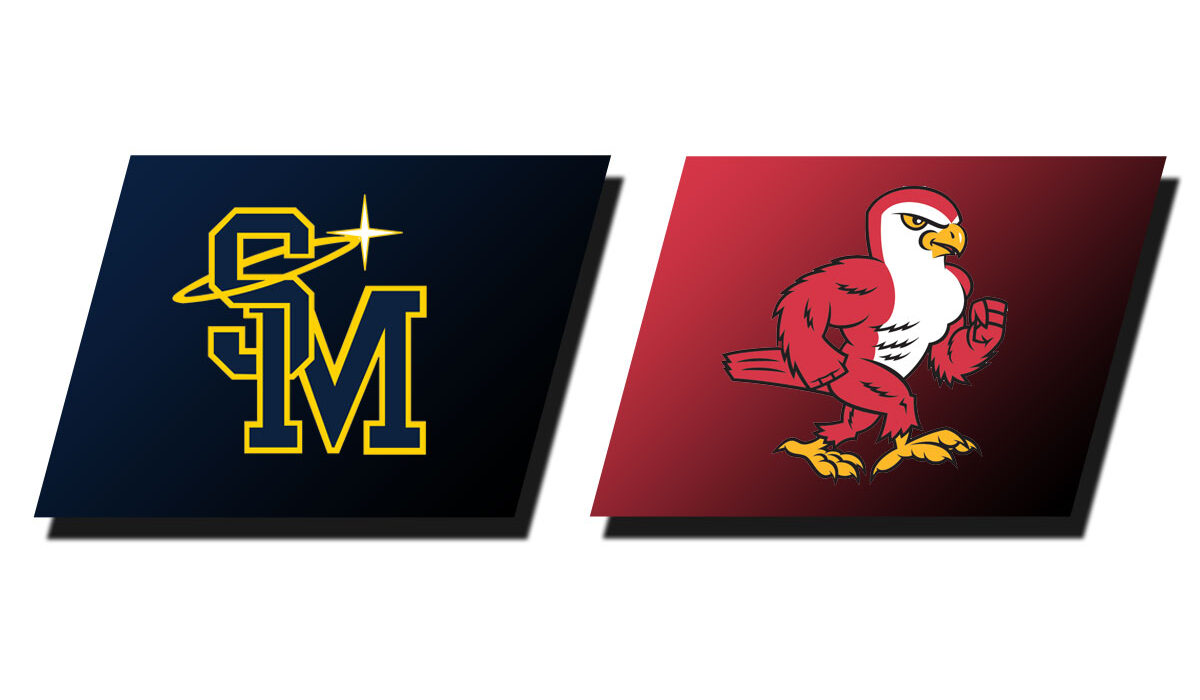 WICHITA — Taylor Jackson (FR/Houston, Texas) exploded for 29 points and 23 rebounds (both career-highs) Saturday to power the Friends University Falcons to their fifth straight win, 68-64, over the University of Saint Mary Spires inside the Garvey Center.

“Taylor had a huge performance when we needed her the most,” head coach Dean Jaderston said. “She had great matchups, and the team kept feeding her.”

Jackson’s 29 points are the most by a Falcon since the 2017-18 season (30, Makenzie Vining), and her 23 rebounds is a modern-era single-game school record.

The Falcons got off to a slow start, missing 11 of their first 12 shots, while the Spires built a 13-3 lead midway through the opening quarter.

Trailing 21-16 after the first frame, the Falcons’ defense came alive, holding the Spires to just five second-quarter points en route to a 28-26 lead at the break.

The Falcons appeared to take control early in the second half when a midrange jumper by Alexa Chairs (SR/St. Charles, Mo.) capped a 6-0 run, but a three by Jalynn Estrada started a 10-2 run for the Spires to tie the game.

A runout by Carrie Lacy (JR/Victoria, Texas) gave the Falcons a 42-38 lead in the waning seconds of the third quarter.

The Spires opened the final period on a 7-2 burst to take a brief 45-44 lead, but a layup by Jackson halted the run on the next possession. A triple by Alanis Delgado put the Spires on top 48-46, but again Jackson had an answer, tying the ballgame at 48-48.

The teams traded two-point baskets before a reverse layup by Macy Walker put the Spires ahead 55-52. Again the Falcons had an answer when LaShawn Sweet (SR/Omaha, Neb.) banked in a deep three with 4:14 left in the game.

Four straight points by Jerrica Johnson gave the Spires a 59-55 edge, but another timely trey, this time by Chairs, pulled the Falcons within one.

After a layup by Jackson put the Falcons on top 66-64 in the game, Delgado missed a pair of threes. Jackson iced the game with two free throws.

“Sometimes you have to win a game when you’re not playing your best,” Jaderston said. “That was the case tonight.”

Lacy and Chairs each added ten points for the Falcons (13-4, 8-3 KCAC) with Lacy dishing three assists and grabbing three rebounds.

Friends outrebounded the Spires 58-37, with a 25-5 advantage on the offensive end. Jackson led the Falcons with 11 offensive boards, which ties the Falcons’ single-game record for the second time this season.

The Falcons travel to Salina on Monday (Jan. 10) for a crucial KCAC showdown against (RV) Kansas Wesleyan. Tipoff is scheduled for 6 p.m.