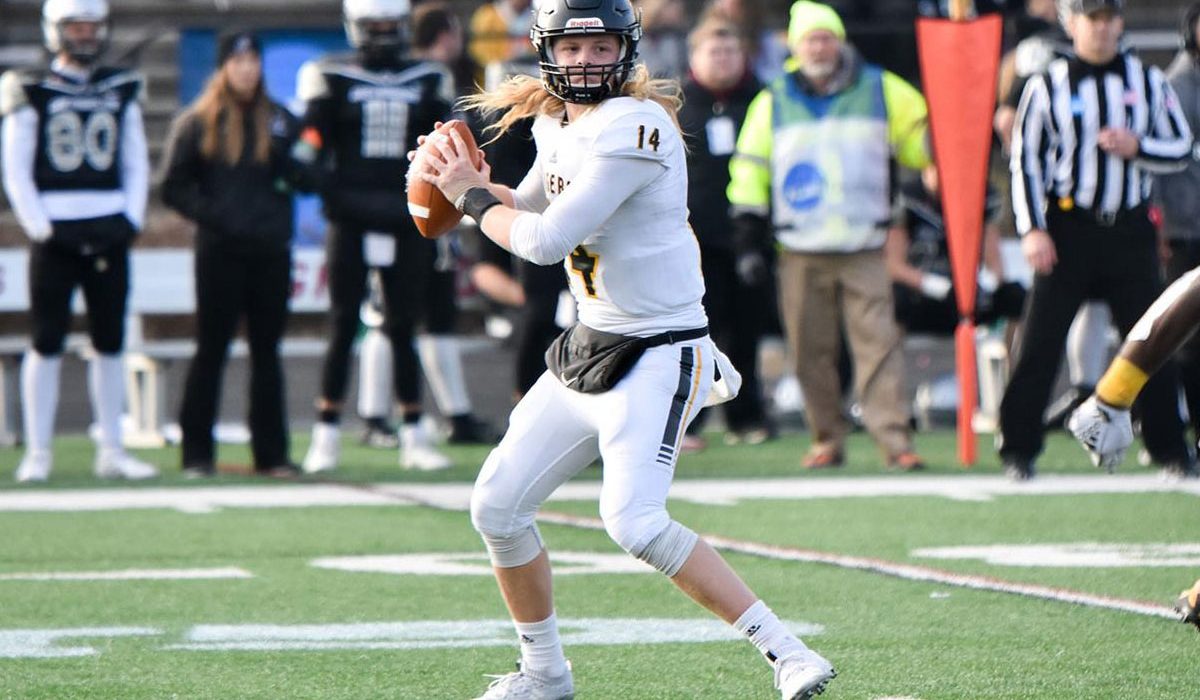 The football season will look a little different in 2020, but there will be plenty of great talent on the field. Here are some of the players to watch who will be competing at small colleges in Kansas.

Tre Adger, Benedictine, WR, Sr.
Adger can improve field position in so many ways. He is a threat on punt return duty, averaging 12.2 yards per return in 2019 and 21.1 yards per return on kickoffs last season. Adger is also the leading returner in the receiving corps, who hauled in 28 catches at 14.5 yards per catch.

Jackson Berck, MidAmaerica Nazarene, LB, Jr.
Berck came up one tackle short of 100 for the year and was second on the team in that category. He also led the team in tackles-for-loss with 10.5, recorded two sacks and recovered a fumble.

Grant Bruner, Washburn, LB, Jr.
Heading into his junior year with momentum, Bruner led the Ichabods in tackles last season with 73. He also recorded 8.5 tackles-for-loss, 2.0 sacks, forced a fumble and blocked a kick.

Twon Collymore, Sterling, DB, Jr.
Collymore had six interceptions, including one that was returned for at touchdown in an All-American season as a sophomore. He recorded 32 tackles and broke up 13 passes on the year.

Austin Denson, Bethany, QB, Sr.
The senior passed for 18 touchdowns and ran in five more last season and is the leading returner in the KCAC in total offense. Denson accounted for more than 260 yards of total offense in 2019.

Dylan Foos, Ottawa, WR, Sr.
Foos is one of a number of steady receivers for the Braves returning for 2020. Last season, Foos led the way in receptions (52) and receiving yards (653), averaging 12.6 per catch, and scored eight times. He also played into the punt return game with 15 returns for 3.9 yards per return.

Chance Fuller, Fort Hays State, QB, Jr.
Fuller had big shoes to fill in 2019 and didn’t disappoint. In 400 attempts, he completed more than 64 percent on his passes and threw for 304.0 yards per game, more than 3,300 yards on the season and 35 touchdowns.

Matthew Graham, St. Mary, RB, So.
Graham was a bright point for the Spires last year and hope for what the future could be. As a freshman, he led the team in rushing with 759 yards and have seven receptions out of the backfield.

Camryn Harrison, Bethel, RB, Sr.
Harrison rushed for 840 yards, as a part of the NAIA’s top rushing offense, which ran for more than 4,000 yards in 2019. He had an All-American campaign with 12.4 yards per carry and ran for six touchdowns.

Trey McGee, Tabor, QB, Jr.
McGee can move the ball for the Bluejays. Last season, he tossed 18 touchdown passes and threw for nearly 2,300 yards. He also ran in seven scores and had 274 rushing yards.

Ben Nikkel, McPherson, WR, Jr.
Nikkel is a solid receiver who led the Bulldogs in receptions (53) and receiving yards (790). He hauled in eight touchdown catches and was third in the KCAC in yards per catch (14.9).

Dustin Rivera, Southwestern, LB, C
It’s not often that offensive lineman get mentioned as players to watch, but when one is recognized as the best in the country, it warrants attention. Rivera earned the Rimington Award in 2019 in the NAIA as the nation’s most outstanding center. The All-American was a part of an offensive line that helped the offense pick up 214.6 yards per game on the ground and 234.3 yards through the star last year.

Kaden Roy, Pittsburg State, LB, Sr.
Roy will help lead the Gorilla into a new era. Last season, he led his team in tackles with 86 and had 7.0 tackles-for-loss, a sack, a pick and one pass break-up.

Gee Stanley, Emporia State, DL, Sr.
In his first season with the Hornets, Stanley led his team with 11.0 tackles-for-loss and 4.5 sacks, while recording 65 tackles on the year. He also forced three fumbles, broke up two passes, picked off a pass and recovered a fumble.

Stevie Williams, Kansas Wesleyan, WR, Sr.
The Coyotes are going to have to replace a lot of talent from the 2019 season. A major positive is that Williams was just a junior. He has a talent to bring in the ball if it is anywhere in the vicinity. Williams led the KCAC in receiving yards per game (121.3) and had two game with 200-plus receiving yards, while averaging more than 25 yards per catch and notching 17 receiving TDs on the season.

J.D. Woods, Baker, RB, Sr.
A three-time All-American, Woods left no doubt again in 2019. He averaged 118.0 yards per game on 1,180 rushing yards and ran in 16 touchdowns. He now has 57 rushing TDs in his career. Woods also added in eight receptions last season and picked up 24.0 yards per catch and another touchdown.